PUNISHMENT THAT DOESN'T FIT THE CRIME 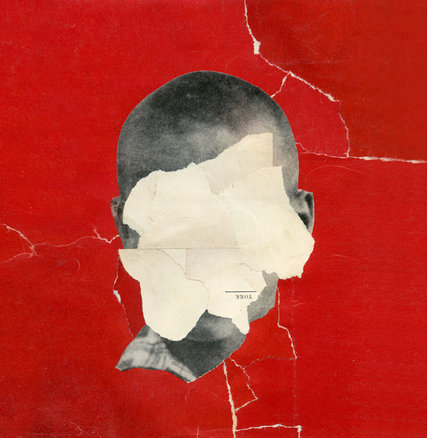 San Francisco — When Matthew Grottalio was 10 years old, he and his older brother initiated a touching “game” with their 8-year-old sister. “None of us knew what we were doing,” he said, and he soon forgot about the episode. But later that year, 1998, his sister’s teacher found out and notified the authorities. Just weeks after Matthew’s 11th birthday, police officers handcuffed him outside his fifth-grade classroom.

Matthew and his parents agreed to a guilty plea in exchange for two years of probation, which he spent in a foster home. (His brother also pleaded guilty.) When he returned to his family, they were stunned to learn that he was listed on the Texas sex offender registry website, and would be for 10 years. He was just 13 years old. Neighbors threw a Molotov cocktail at his house and shot and killed his family’s dog. Local newspapers listed him by name along with adult sex offender “monsters” in the area.

He soon “hated life, hated everybody.” Their sons’ ordeals shattered their parents’ marriage of two decades. Matthew dropped out of high school, ran away, was homeless for two years, sank into drugs and served time for burglary and parole violations.

His decade on the registry had ended by 2011, but internet searches continued to show him on the list — and still do. Even worse, his parole included restrictions suitable to a serial child rapist. He was barred from any unsupervised and unapproved contacts with people under 17, and from any contact with his sister, who was by then an adult. (She says she never considered him a threat.) He also was barred from contact with the children of the woman he married in 2013. Even contact with the baby the couple had together was in limbo until he passed a sex offender evaluation.

Sitting in his small, immaculate house in Granbury, Tex., with children running over to hug him, Mr. Grottalio, now a soft-spoken construction worker, hardly seems a menace. His parole ended a few months ago, but the fallout from his childhood mistake continues. “It’s just hard to get close to people,” said his wife, Jennifer. “At P.T.A. meetings, at churches, people still do background checks.”

Mr. Grottalio’s story is not unusual. In about 40 states, juveniles are listed on sex offender registries, often for their entire lives. In about 19 states, there is no minimum registration age. Prepubescent children are listed along with violent adult sex criminals. While precise data is unavailable, it appears that as many as 24,000 of the nation’s more than 800,000 registered sex offenders are juveniles, and about 16 percent of that population are younger than 12 years old. More than one-third are 12 to 14.

Many of the kids branded as sex offenders are guilty of nothing worse than public urination, exposing themselves or having consensual sex. In her career as a criminal defense lawyer for juveniles and a researcher on juvenile sex offenders, Nicole Pittman, now a vice president at Impact Justice, defended or reviewed about 2,000 juvenile sex cases. Most involved what she called “normative” sexual behavior and “experimentation.” Nevertheless, on many sex offender websites, there are juveniles’ photos, names and addresses, and even maps to their homes.

It started in the late 1980s and early 1990s, when several child abductions and murders set off a panicked explosion of sex offender laws. The lists were expanded and put on the internet, while the number of registrable offenses grew and restrictions on sex offenders’ lives multiplied. Add to this the prevailing (and later debunked) idea that there were remorseless juvenile “superpredators” roaming the cities and “kids were swept up in the general hysteria,” said Elizabeth Letourneau, director of the Moore Center for the Prevention of Child Sexual Abuse at the Johns Hopkins Bloomberg School of Public Health. The idea took hold that kids who transgressed sexually were the same as adult sex offenders.

Advertisement
Continue reading the main story
By 2006, about 32 states had sex offender laws registering juveniles. That year, the federal Adam Walsh Child Protection and Safety Act mandated, for the first time, that certain youths 14 and over be registered in the state where the violation occurred. (Once that happens, the person also goes on the national registry.) The law also said that offenses such as indecent exposure and public urination had to be included. At least six states now require juveniles to be on the register for life. Given that state and federal laws have grown into an often conflicting tangle of requirements and penalties, there can be no end to some kids’ ordeals.

Bobby Garza’s lifetime involvement with the criminal justice system started 20 years ago with a broken bathroom light bulb. Scared of entering the dark bathroom of their Taylor, Tex., house, 11-year-old Bobby and his brother went to urinate outside. A little girl saw them and reported that Bobby and his brother had exposed themselves to her. A charge for indecent exposure to a child resulted, as did Bobby’s placement in a foster home. He fled when an adult in the foster home tried to molest him, which led to his being held in custody, including youth prison, until he was 17. Upon release, he had to register as a sex offender for 10 years. He refused, and spent five years in prison for it. In 2013, he was arrested for aggravated robbery, for which he pleaded guilty and was sentenced to 10 years in prison.

The expansion of sex offender laws to include juveniles was based on the assumption that kids who sexually transgress cannot be reformed. However, research has shown this assumption to be false. Only 1 percent to 7 percent of children who commit sexual offenses will do it again — much lower than the 13 percent recidivism rates for adult sexual offenders.

But that alone will not solve the problem. Juveniles, particularly ones under 14, need to be off the registries entirely. In 2011, the Department of Justice relaxed the requirement for registering juveniles, but legislators still fear that they’ll be accused of being “soft” on sex crimes.

Matthew Grottalio, who has had a second child with Jennifer, has decided to stop trying to keep his story secret. “I have two boys now and I don’t want the same thing to happen to them, or to anyone,” he said. “I just can’t sit around and act like it never happened. I want to do something about it.”