Michigan State Police locked up more than 3,000 people because of faulty marijuana tests, according to internal memo

The drug tests failed to distinguish between THC and CBD 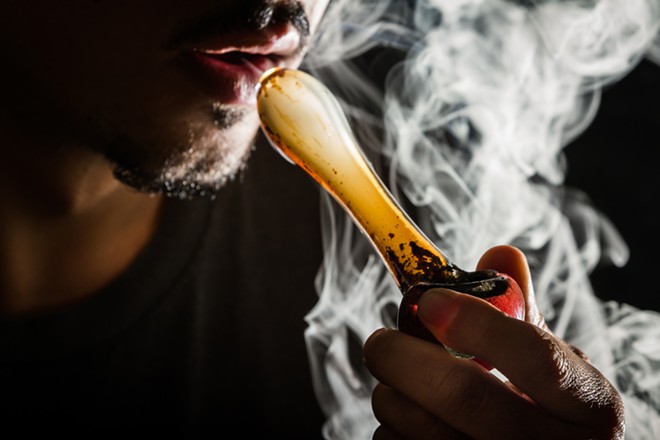 More than 3,200 cases of driving under the influence of marijuana relied on faulty testing by Michigan State Police.

Michigan State Police relied on faulty testing to produce criminal charges in about 3,250 cases since March 2019 in which a driver was allegedly under the influence of marijuana and no other drugs or alcohol.

In a letter to prosecutors sent on Wednesday, Jeffrey Nye, director of MSP’s Forensic Science Division, acknowledged that the tests could not have conclusively proven the driver was intoxicated by cannabis.

The letter was issued less than a week after Michigan State Police halted blood tests for marijuana because they were producing false positives for THC, the active ingredient in cannabis that produces a high. The toxicology tests failed to distinguish between THC and CBD, a non-psychoactive chemical compound that does not produce a high.

The significance of this discovery cannot be overstated. As many as 3,250 people may have been wrongfully arrested and convicted based on faulty testing.

In those cases, Nye admitted, “there is insufficient evidence of impairment, intoxication, or recent use of marihuana to otherwise support the charged offense.”

State police plan to notify prosecutors about the people who may have been wrongfully convicted, and defense attorneys are expected to begin filing motions to challenge their clients’ convictions.

“Most immediately our concern was for the impact this finding may have on active legal proceedings where an individual allegedly used CBD alone and no other intoxicating substances,” Nye said.

State police are only focusing on cases since March 2019 because that’s when CBD became legal in Michigan, according to Nye. But attorney Barton Morris, who specializes in cannabis-related cases, said it’s still possible that many others were wrongfully convicted of driving under the influence because they had consumed CBD prior to March 2019.

Morris, principal attorney of the Cannabis Legal Group in Royal Oak, says state police have relied on a relatively inexpensive testing method that is unreliable for testing the amount of THC in a person’s blood, producing a measurement uncertainty — or an error rate — of 30%.

“Michigan State Police created a method for testing THC in a manner that wasn’t great, but it was good enough for them because no one was complaining about it,” Morris tells Metro Times. “It’s expensive to test it for more specificity, and they would rather do it the cheaper and faster way. They created a method that was questionable as to the precise amount of THC in their blood.”

He adds, “It was intentional ignorance. They stopped the testing when they could no longer ignore” the problems.

Morris says convictions that were based solely on the faulty testing should be overturned.

“People like me contemplate to what degree does this invalidate the ability to remove convictions over the past three years,” Morris says. “Any conviction where the (lab) evidence was the main piece of evidence in determining someone’s guilt or innocence, there’s a strong argument that the conviction should be overturned.”

With the widespread use of CBD over the past three years, Morris says it’s likely that many people who were convicted based on faulty testing had solely consumed CBD and were not under the influence of THC.

But the problem goes well beyond that. Morris and other legal experts have long complained about the accuracy of marijuana tests. Due to varying tolerance levels, the amount of THC found in drivers’ blood does not prove they were intoxicated when they were behind the wheel. For example, a cannabis consumer can have moderate to high levels of THC in their blood and not be under the influence.

The effects of cannabis don’t last long, but the THC lingers in the user’s blood, where it can be detected.

“There is no amount of THC in a person’s blood suspected of driving under the influence that equates to intoxication like there is with alcohol,” Morris says. “We all know that .08 grams of alcohol per 100 milliliters of blood means you are guilty. There’s overwhelming evidence. We don’t have that in Michigan for TCH for a number of different reasons.”