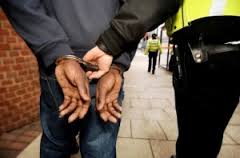 Being arrested on Ohio violent crime charges is serious business. It may seem that everyone—from the police, to the public, to the prosecution—want to see that you are found guilty and punished.

Does it seem like no one wants to hear your side of the story?

We do. Nemann Law Offices in Columbus has a reputation for success in Ohio violent crime defense. Ohio criminal defense attorney  Adam Nemann has not only a comprehensive knowledge of the laws and courts, but also a compassionate understanding of exactly what you are going through.

Adam Nemann will take all the time needed to listen to you and fully understand your side of the story. Then he will mount an aggressive, comprehensive defense on your behalf, working to challenge every aspect of the charges against you.

We are not afraid to take on the toughest cases

You may feel as if the odds against you are stacked so high that you can never beat them. But this is not our experience. No matter how much evidence the prosecution may have against you, there is always a defense strategy to deal with it. Adam Nemann is well known for his ability to look into every aspect of his cases and find the strategies to successfully defend you.

One example of this is the case of Derris Lewis. Adam Nemann knew he could help Lewis, the Columbus teenager wrongly accused for the murder of his twin brother. Gaining national attention, he successfully got the case dismissed and then won almost a million dollars for Lewis from the City of Columbus for violation of his client’s constitutional rights.

We defend against all violent crime charges

Ohio law classifies many offenses as criminal and we handle them all. Here are just a few of the most commonly defended violent crime charges in our state:

Don’t wait to begin your defense Adam Nemann is your best bet to fight Ohio violent crime charges. He will launch a defense on your behalf that examines every aspect of your case. With over ten years of experience defending criminal charges, he is well respected by his clients, his peers, the court system and the prosecution.