Charles McCrory was convicted of murdering Julie Ann Bonds in 1985, but has maintained his innocence for more than 35 years in prison. 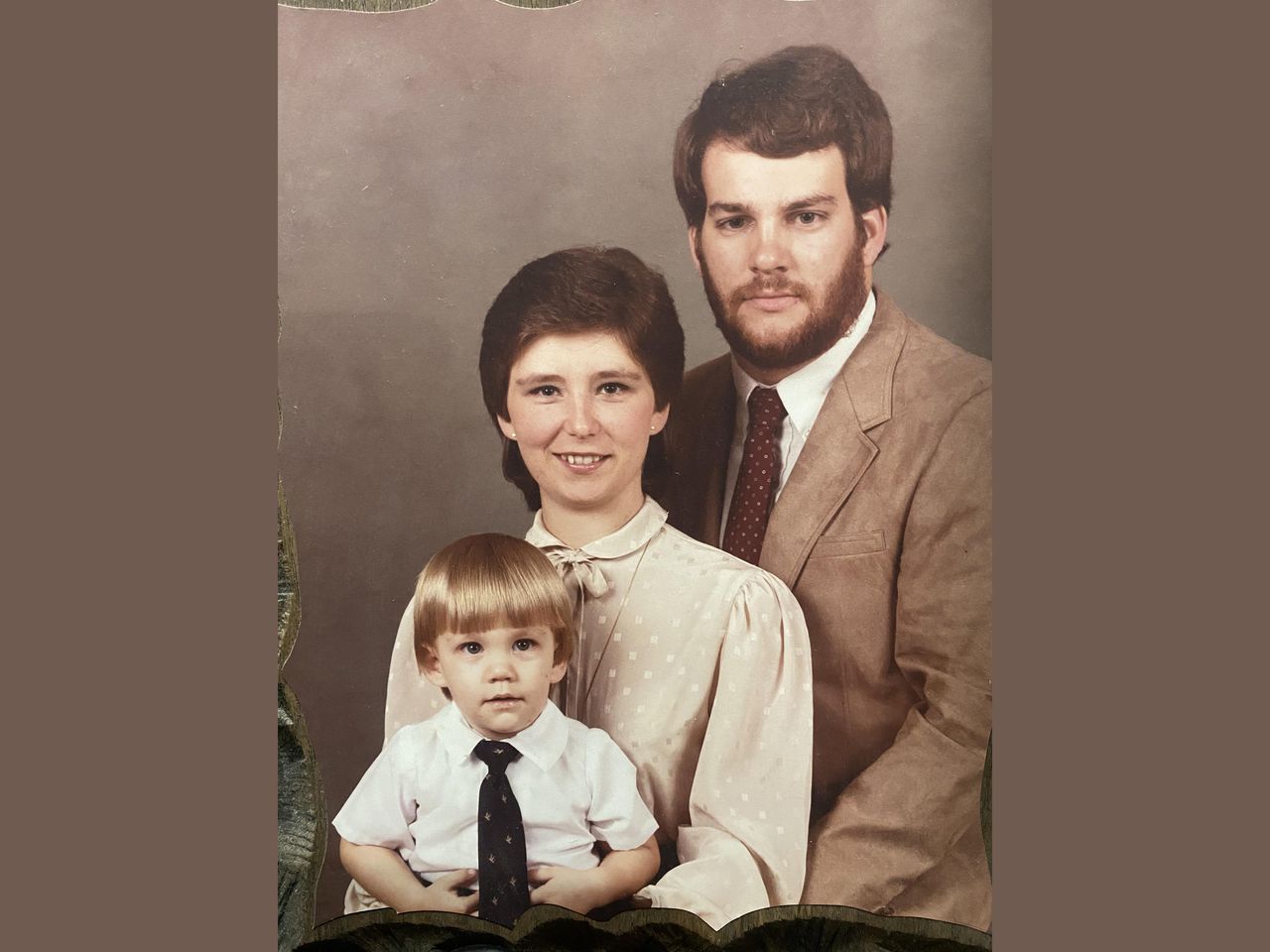 Julie Ann Bonds died from a brutal attack that left deep cuts to her skull and a spatter of puncture wounds all over the left side of her chest.

The body of the 24-year-old woman was discovered in her home in Andalusia in south Alabama on the morning of May 31, 1985. The injuries stretched from her knees and the palms of her hands all the way up to the crown of her head. During the investigation of her murder, detectives zeroed in on two small marks on the upper part of her right arm – possible bite marks that could match the teeth of the killer.

Detectives eventually arrested her husband, Charles McCrory, who was convicted based largely on testimony from a prominent bite mark expert. McCrory was sentenced to life in prison. Nearly 35 years later, that expert, Dr. Richard Souviron, recanted his testimony, prompting McCrory’s lawyers to seek a new trial.

But even though Souviron has taken back his statements, the circuit court judge has refused to grant a new trial. McCrory’s attorneys filed a motion on March 1 to reconsider, but if the judge doesn’t respond, they will have to take their case to the Alabama Court of Criminal Appeals.

“We’ve known about Charles McCrory’s case for some time and then our reinvestigation of the facts led us to believe without any question in our minds that Mr. McCrory is entirely innocent and convicted entirely on junk science,” said M. Chris Fabricant, director of strategic litigation at the Innocence Project in an interview with AL.com.

Bite mark analysis in criminal cases has been largely debunked since 2009, when the National Academy of Sciences issued a report on forensic science that included a withering critique of the field. Several convictions based on bite mark evidence had already been overturned after DNA analysis identified other perpetrators. A large study by the American Board of Forensic Odontology found that credentialed experts couldn’t conclusively identify human bite marks, much less link them to individual suspects, Fabricant said.

Similar cases have been overturned across the country, but Fabricant said McCrory’s is the first that he knows of in Alabama to challenge bite mark evidence.

“This one’s among the worst of the so-called teeth marks that I have ever witnessed, and I have seen many, many, many of these cases,” Fabricant said.

McCrory has steadfastly maintained his innocence, said his attorney, Mark Loudon-Brown. He has twice refused plea deals, including one in 2021 that would have set him free in exchange for a guilty plea.

“I had discussed it with Mr. McCrory and he rejected it because he refuses to admit to something that he didn’t do,” said Loudon-Brown, a senior attorney for the Southern Center for Human Rights in Atlanta.

McCrory and his wife lived in Andalusia, a small town near the Florida panhandle. They had a son who was three years old at the time of the murder. After the trial, Chad McCrory went to live with his father’s parents who encouraged him to keep an open mind about the case.

Now almost 40, Chad McCrory described his father as an even-tempered man who was good with computers and sometimes traveled to Texas and Georgia to work with IBM.

Chad McCrory said he was surprised when the judge denied on Feb. 14 his father’s petition for a new trial.

“We wasn’t trying to get the judge to just release him,” he said. “We were asking for a new trial without the bite mark testimony. If you remove all that, there’s nothing left.”

Officials from the Covington County District Attorney’s Office did not return calls or emails seeking comment for this story. In addition to the teeth mark evidence, two eyewitnesses said they saw McCrory’s car near the house early on the morning of the murder, according to court documents. Two other witnesses said they didn’t see his car and McCrory’s attorneys have challenged the validity of one sighting.

The petitioner has provided no new evidence that he would have been excluded as a potential source of the teeth marks on the victim,” wrote Covington County District Attorney Grace Jeter in her response to McCrory’s petition.

The witness in McCrory’s case, Souviron, rose to prominence during the 1979 trial of Ted Bundy, when he compared the killer’s crooked teeth to an indentation left in the body of one of his Florida State University victims. He was a pioneer in the field of forensic odontology and one of its most sought-after experts, Fabricant said.

“He’s great with juries,” Fabricant said. “Has a very folksy way about him, very charming and handsome and charismatic and was very persuasive on the witness stand.”

In a 1985 report to the medical examiner, Souviron expressed caution in linking the marks to McCrory. Souviron examined models of McCrory’s mouth and photos from the crime scene and concluded that his teeth could have made them. However, he went on to say it would be difficult, if not impossible, to make a positive identification of a subject based on two teeth marks.

“My final conclusion and opinion, if there is substantial amount of additional evidence such as fingerprints, blood, hair, semen, etc. that would work in conjunction with these two marks, then I feel it would be of some value,” Souviron wrote. “However, if these two marks, which I believe are made by upper teeth, are the sole means of identification of the perpetrator, I feel that this is not in the best interest of justice.”

Souviron said he wouldn’t even go that far based on today’s science.

“I never said it was a bite mark, I said it was teeth marks,” Souviron said. “I wouldn’t say that today.”

At trial, prosecutors asked Souviron if the marks on Bonds’ right arm were from teeth and whether they occurred near the time of her death, according to court documents. He answered “yes.” Then they asked specifically whether the marks matched McCrory’s teeth.

“In your expert opinion and based on the evidence presented to you, were these teeth marks made by Charles McCrory?” he asked.

On Dec. 11, 2019, Souviron recanted that testimony in an affidavit. He said changes in the understanding and practice of forensic odontology motivated him to change his interpretation of the evidence.

“The science has changed,” Souviron said. “I’ve learned a lot over the years.”

At least two other people he testified against have had their cases overturned, Fabricant said.

“To his credit, he has come to realize that the use of this evidence has resulted in profound injustices, including some of his own cases, and has recanted his opinion entirely in Mr. McCrory’s case as he had in other cases,” Fabricant said.

Two other bite mark experts also submitted affidavits stating that Souviron’s conclusions in the 1985 McCrory case lacked foundations in science. According to court documents, bite mark evidence proved to be the linchpin of the case.

For decades starting in the 1970s, experts made claims about matches between marks on the skin and molds of jaws and teeth that appeared to be grounded in science. In McCrory’s case, Souviron said McCrory lacked an incisor on the upper left side of his jaw. He estimated only one half of 1 percent of the population lacked that tooth. In his affidavit recanting his original testimony, Souviron said no population studies have ever been performed to determine the frequency of dental traits.

Bite mark testimony can be damning in other ways, according to court documents. An attacker who bites a victim is more likely to be seen as vicious and barbaric.

McCrory never displayed those traits, according to his family and attorneys. Loudon-Brown said McCrory had no criminal history before the murder and volunteered as an EMT in Covington County. The judge in his case allowed him to remain out on bond after the guilty verdict until sentencing, even after it was clear he would serve life in prison.

“I have never seen that,” Loudon-Brown said. “If you know you’re getting sentenced to life and you don’t have an incentive to run … I mean. That’s always struck me as astonishing. And it suggests to me that’s how much the judge trusted him.”

Chad McCrory said his father has been up for parole 13 times and collected letters of support from prison officials. McCrory is serving time in a minimum-security program near Talladega and has not had disciplinary problems, his son said.

“People would come up to me and say my father was a good influence on their son or brother,” Chad McCrory said. “That’s one thing that my grandmother said, that gave her peace. He’s made the best out of a bad situation.”

He said the case has cast a shadow over his life. As a child, he said his grandmother would cry when people would make comments about his dad during baseball games. Even now, as an adult, he still encounters people who remember the case and think of his dad as a murderer.

“It’s been kind of a weight,” McCrory said.

Fabricant said he was shocked the circuit court judge did not grant McCrory’s petition for a new trial. Staff members at the Innocence Project have identified more than two dozen convictions based on bite mark evidence that have been overturned, including some in Florida, Georgia and Mississippi.

“This is the legacy of the use of junk science in our criminal courts,” Fabricant said. “It’s really very, very easy to convict somebody and it’s very, very hard to overturn that conviction.”