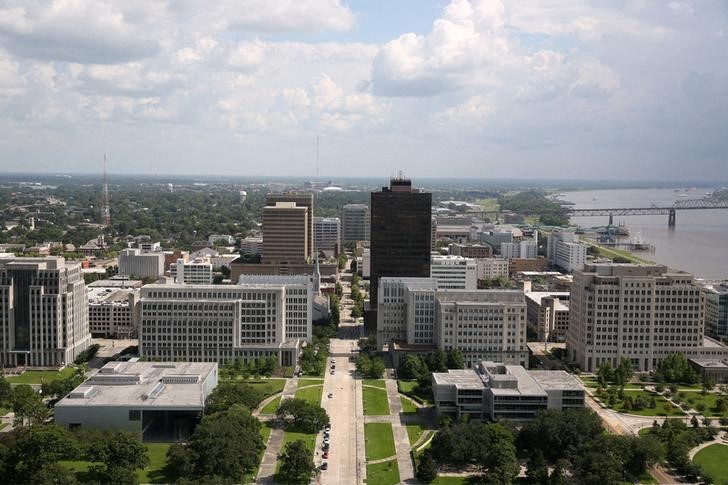 The Baton Rouge Police Department and other city officials took an embarrassing loss last Friday when a federal judge stopped their efforts to jail a law professor who shared video of police misconduct, ruling that it was a bad-faith attempt to harass and retaliate.

The brazen move to weaponize the legal system against a law professor for exposing police wrongdoing illustrates the need for much stronger disincentives against overreach by police and state attorneys.

University of Virginia law professor Thomas Frampton filed a federal lawsuit seeking a rare injunction of an ongoing state court proceeding in which the city sought to hold him in contempt for publishing video of his clients’ arrest.

“It is a little surprising that they would come after a privileged, white law professor, but I think it reflects how deeply entrenched the culture of impunity is within the organization,” Frampton told me. “And that’s something that goes to the top, including the lawyers who represent and enable these bad officers.”

Frampton added that the issue of “indemnification for law enforcement” – the fact that taxpayers field the costs and consequences in cases of unconstitutional policing, or prosecution – may be as serious a structural problem as qualified immunity has become.

Lawyers and other representatives for the city and police department declined to answer questions for this column, citing pending litigation.

Frampton published edited videos of a January 2020 incident in which Baton Rouge police publicly strip-searched a 16-year-old boy and his older brother, Clarence Green, during a traffic stop. The video shows that officers then drove the two to their mother’s home, where the officers broke in, with guns drawn, to conduct another search, according to the Jan. 7 ruling by Judge John deGravelles of the U.S. District Court for the Middle District of Louisiana.

In a separate proceeding in the same court, a judge later reprimanded the department in a strongly worded order, finding that the stop and searches were unconstitutional and that the officers themselves could be prosecuted for their conduct.

Frampton also represented the Green family in a civil suit which the city and Parish of East Baton Rouge settled in May 2021. The police department, though, still hadn’t disciplined the officers involved at that time.

And so, on May 27 of last year, the Green family and Frampton decided to issue a press release, with a clip of the illegal searches, in order to build public pressure on the department for accountability. The move made the incident a national news story.

Importantly, Parish attorneys actually knew that Frampton had the video at least two months earlier, deGravelles wrote for the U.S. District Court for the Middle District of Louisiana. In fact, at the time of the press release, the video had been in the public record for nearly six months. It had been introduced into evidence in the failed case against Clarence Green, and was therefore available to almost anyone upon request.

Still, a most unusual “crisis” management response followed: The day after Frampton’s press release, department and Parish attorneys went to juvenile court seeking to hold him in contempt under a law that bars disclosure of juvenile records without permission from the juvenile court.

City attorneys admitted that they couldn’t identify another instance in which they sought sanctions against someone for unauthorized release of juvenile court records, the court said.

They persisted though there wasn’t actually any juvenile court proceeding. Green’s brother, the minor, hadn’t been formally charged with anything. What's more, Frampton had received permission to disseminate the videos from his clients, including the minor’s mother and guardian. (Members of the Green family couldn’t be reached for comment.)

Frampton remained the sole target of a contempt motion even after city and police department lawyers learned about other releases of the video that apparently violated the law – at least under their novel interpretation. A federal public defender, a federal prosecutor, deGravelles’ own court clerk, and Baton Rouge police themselves had all released the video, without permission of the juvenile court, and even before Frampton’s press release – but none of those parties was the subject of a contempt motion.

The court even pointed out that Deelee Morris, an attorney for the police department, gave sworn testimony about when she learned about those other disclosures that was “directly contradicted by the record.” At one point, Morris testified that she was unaware the arrest video had become a public record when it was introduced and played during the failed case against Clarence Green -- but Morris herself had requested a transcript of the very hearing in which the video was entered into the record, DeGravelles wrote.

When asked by the court to explain why only Frampton was targeted for sanctions, Morris responded: “I don’t know. Honestly, I mean, I think that we're trying to resolve this matter, and then after that I will resolve all of that.”

DeGravelles said the suggestion that city officials would pursue the court clerk, an assistant U.S. attorney and others under the juvenile disclosure law was absurd.

“The hypocrisy of the City/Parish’s position is astounding,” the judge wrote, concluding there was “overwhelming” evidence that officials engaged in a retaliatory campaign against Frampton.

Morris also declined to answer my questions for this column, citing pending litigation.

I asked Parish Attorney Anderson Dotson whether city officials’ references to “pending litigation” means they will appeal, but he said he couldn’t offer further clarification.

In any case, one can only hope that the police department ends its unavailing – and costly -- course of action at this point.