TROOPER SENTENCED FOR COERCING SEX ACTS FROM WOMEN HE STOPPED 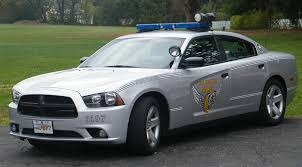 A former State Highway Patrol trooper was sentenced today to 5 years in prison for coercing four women into sex acts to get out of traffic violations.

Bryan D. Lee, 31, of Lancaster, pleaded guilty in October to four counts of violation of civil rights by a law officer, each punishable by up to a year in prison, and cyberstalking, which had a maximum penalty of five years in prison.

Lee, who was a trooper from January 2006 until he resigned under investigation in October 2013, reached inside two victims’ shirts to grope their bare breasts while they were handcuffed within two days of each other in 2010, and took cellphone photos of his hand on the bare breasts of two other victims, in 2012 and 2013.

He admitted to pulling into an abandoned gas station and having sex with one of the victims, which led to a brief consensual relationship until she learned he was married.

Lee also later reached out to three of his victims on Facebook, sending one nearly 30 messages in one month and writing to another that "Next time u meet me may not play out so nicely," when she would not respond to his request for nude photos.

"In order to promote people’s respect for the law, we have to be able to trust our law-enforcement officers," U.S. District Court Judge Michael Watson said at the sentencing today. " This type of behavior can’t happen in an ordered society. It cannot happen."Three of the events occurred in Licking County, while Lee was a trooper with the Granville post. A fourth occurred in Fairfield County while he was working at the Lancaster post.

No victims were in the courtroom. Lee’s family, including his wife, sat behind him.

"I’m sorry for the pain and stress I’ve caused you through this ordeal," Lee said to his wife after Watson told him to address her. He told the judge he takes full responsibility for his actions, apologized to his four victims and said he was sorry that he brought shame to his family and discredited the highway patrol.

"I let my mindset go down a certain path," Lee said. "Getting sexually aroused, I found it hard to move myself away from that situation."

In his sentencing memorandum, filed March 31, Lee’s lawyer, Jonathan Tyack, asked Watson for leniency, recommending a sentence of one day in prison followed by an extended supervised release.

Tyack wrote that Lee’s conduct was "not predatory in nature," and was more the result of growing up in a family of law-enforcement officers and lacking "any perspective on how it feels to be on the other side of the flashlight."

Lee has been married since 2006 and has three children under the age of 6.

U.S. Assistant District Attorney Michael Marous countered, writing that Tyack’s request for a "remarkable and substantial" reduction in sentence from the maximum 71 months under federal guidelines didn’t jibe with "Lee’s egregious and repeated abuse of his authority as a law enforcement officer."

Tyack’s sentencing memorandum was accompanied by 12 letters from family and friends requesting that supervised release, continued counseling and the support of a concerned family would deter Lee from offending again.

"I have lost friends and support from some family because of my choice to stay and support my husband, but I feel in my heart that it is the best and right decision for my family and me," wrote Lee’s wife, Elissa.

Lee has been free since his guilty plea. That will continue until the federal prison system can find Lee a facility with the proper mental health counseling and sex offender treatment.

Lee’s first victim reported the incident to Lee’s patrol supervisor. When she was interviewed in February 2011, Lee denied the act and blamed his victim for offering sex to get out of a drunken driving charge.

He told investigators that "he had never had another female come on to him so blatantly."

The Ohio State Highway Patrol supervisor believed Lee and referred the case to the Licking County prosecutor’s office for consideration of a charge for filing false statements if Lee wanted to pursue that course of action. He declined.

"Here I am pouring my heart out and I feel like nobody’s listening," said the victim, Natalie Shull, last October. "It took four years for people to know I was telling the truth."

"It's almost bittersweet," Shull said. "It’s like, ‘Yeah, they finally found out the truth.’ But why didn't they believe me four years ago?

Read More About TROOPER SENTENCED FOR COERCING SEX ACTS FROM WOMEN HE STOPPED...