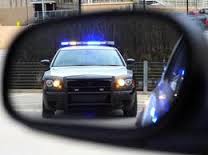 Columbus police will set up a sobriety checkpoint on the Northwest Side from 9 tonight until 3 a.m. on Saturday.

The checkpoint will be at 6262 Sawmill Rd., near Festival Lane.

Sgt. Michael Smith of the traffic bureau said in a release that crashes involving drunken drivers are common in the area.

At Sawmill and Federated Boulevard, more than 4 percent of crashes involved an impaired driver, according to city statistics from 2009 to 2013. The number also was high at the Sawmill intersections with I-270 and W. Dublin-Granville Road, police said.