NEW DNA ANALYSIS COULD PROVIDE A COMPLETE DESCRIPTION OF A SUSPECT 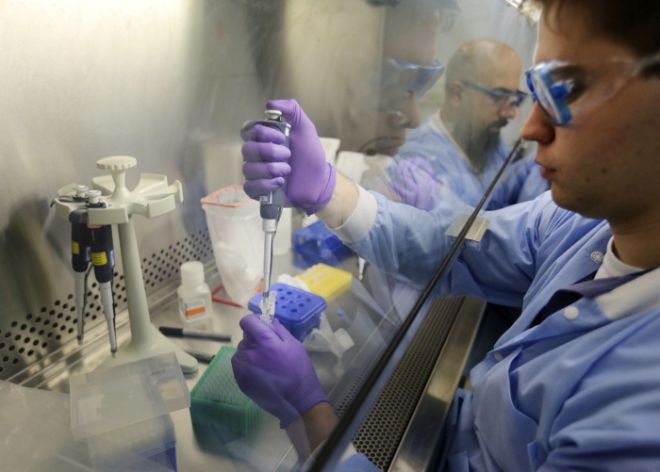 When DNA evidence began appearing in U.S. courtrooms in the late 1980s, it was heralded as the greatest leap forward in criminal investigation since fingerprinting. In the following decades, its analysis has helped identify and incarcerate the guilty as well as exonerate and free the innocent.

Now, the next generation of DNA analysis, which researchers say can reveal a level of detail far beyond what currently is used in criminal investigation, is awaiting its first courtroom test in Massachusetts.

Prosecutors there plan to prove in court that a pair of abductions and rapes were committed by the defendant and not by his identical twin brother. The DNA shared by identical twins was one of the problems of earlier testing, which was not nuanced enough to point out differences between twins that scientists say exist.

"The forensic application of this testing is new, and to the best of our knowledge, our case will be the first prosecution to use it," Suffolk County District Attorney Daniel F. Connelly said in September, when he announced charges against the man. "The scientific foundation, on the other hand, is well-understood and widely accepted."

Scientists at Battelle are among those watching the Massachusetts case, which involves what is known as "next-generation DNA sequencing."

"In my opinion, next-generation sequencing is the most-significant breakthrough for forensic DNA science in the last 25 years," said Richard Guerrieri, who is a research leader in Battelle’s applied-genomics business group and the former chief of the FBI Laboratory’s nuclear DNA casework and database units.

"That twins case in Boston, we think might be the game changer," said Michael L. Dickens, the general manager of Battelle’s applied-genomics program.If the DNA evidence game is indeed changing, Battelle researchers said they have spent years jockeying for great field position. The research center recently won an $825,000 National Institute of Justice grant that will fund a 19-month study. Researchers at Battelle, who are leading the project, selected seven forensic laboratories across the country at which they will measure the effectiveness of next-generation DNA-sequencing technology in criminal cases.

DNA, or deoxyribonucleic acid, is a molecule that provides the genetic instructions or blueprints that make us who we are. The information is stored as a code of the chemical bases adenine, guanine, cytosine, and thymine. The bases pair off in DNA’s ladderlike double helix — A with T and C with G.

"DNA really is a four-letter alphabet in a sense," Guerrieri said. But from those four letters comes stunning variety. A complete blueprint of human DNA, called a genome, consists of about 3 billion bases. It is the arrangement of those bases that matters.

Most DNA in people is identical and what makes a person a person instead of, say, a horse. But not all of it is the same. The National Human Genome Research Institute boils it down this way: " For example, the sequence ATCGTT might instruct for blue eyes, while ATCGCT might instruct for brown."

In crime fighting, scientists extract DNA from the cells of an unidentified victim or an unknown suspect. Hair, blood, semen and saliva all can provide the genetic material needed to generate a profile.

In the most-common procedure now used, analysts look at specific locations in the DNA for information that repeats. The size of those repeated sequences varies depending on the person. Taken together, they can be used to create a profile that can be entered into and compared to DNA profiles in law-enforcement databases such as the FBI’s Combined DNA Index System, or CODIS.

Researchers at Battelle said next-generation sequencing opens up a new world of insight.

Using thousands of biomarkers, analysts now can be far more specific in trying to identify an unknown person. The person’s familial origin, eye color, hair color, even body type might be pinpointed, helping investigators eliminate other potential suspects when none of their DNA is in any law-enforcement database.

The upcoming study will assess the ability of laboratory instruments, procedures and software to analyze the data, including the performance of Battelle-designed software that uses DNA biomarkers to predict a person’s appearance, ancestry and other identifying traits.

Guerrieri predicts that next-generation sequencing will be accepted and more widely used in crime fighting within the next five years.

"A new era of forensic investigative genetics is about to happen," he said.

Dickens envisions a time not too far in the future when, presented with only a person’s DNA, "I can tell exactly what you look like," he said. "That’s our goal."

Read More About NEW DNA ANALYSIS COULD PROVIDE A COMPLETE DESCRIPTION OF A SUSPECT...