WHAT TO DO IF YOU RECEIVE A TARGET LETTER?

If you receive a target letter you need a lawyer immediately!  No question about it.  You need a white-collar defense lawyer; one that is familiar with federal court.   The sooner you retain a competent lawyer during the pre-indictment phase, the better off you will be.  Hopefully your lawyer can guide you through the grand jury process, can negotiate with the U.S. Attorney early-on, and can either get the investigation closed or at least focused on the proper things that will be beneficial to you. 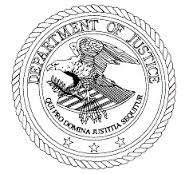 If you are a “target” of a federal investigation, the government thinks they have “substantial evidence” linking you to a crime, and the prosecutor believes you will likely be indicted.  If you are a ”subject” of a grand jury investigation, your conduct is merely “within the scope” of the grand jury’s investigation.  As a “subject” they probably just want some information from you, but you can never be sure.

The following is a sample target letter taken straight from the United States Attorney’s Manual:

This letter is supplied to a witness scheduled to appear before the federal Grand Jury in order to provide helpful background information about the Grand Jury. The Grand Jury consists of from sixteen to twenty-three persons from the District of ___. It is their responsibility to inquire into federal crimes which may have been committed in this District. As a Grand Jury witness you will be asked to testify and answer questions, and to produce records and documents. Only the members of the Grand Jury, attorneys for the United States and a stenographer are permitted in the Grand Jury room while you testify. We advise you that the Grand Jury is conducting an investigation of possible violations of federal criminal laws involving, but not necessarily limited to *. You are advised that the destruction or alteration of any document required to be produced before the grand jury constitutes serious violation of federal law, including but not limited to Obstruction of Justice. You are advised that you are a target of the Grand Jury’s investigation. You may refuse to answer any question if a truthful answer to the question would tend to incriminate you. Anything that you do or say may be used against you in a subsequent legal proceeding. If you have retained counsel, who represents you personally, the Grand Jury will permit you a reasonable opportunity to step outside the Grand Jury room and confer with counsel if you desire.

The bottom line is this:  If you receive a target letter, you are most likely going to be indicted.  Get your lawyer on it, and just get ready for it.