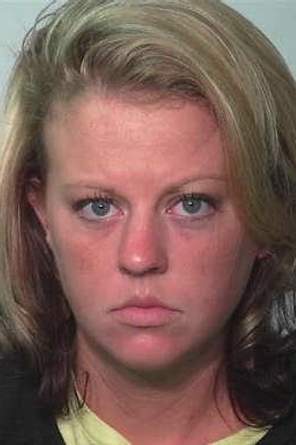 The intensive care nurse walked out of the courtroom, her hands cuffed behind her back, visible under the black sweater she wore over her dress.

Inside the Allen Superior Court room, friends and family wept openly. Some of those crying for her were those also crying for her victim, David Hitzfield, 52.

Hitzfield died nearly a year ago after he climbed into a Jeep with some friends on a private piece of property in rural southern Allen County.

The vehicle was driven by Carly J. Smith, 24, who will serve two years behind bars. She had been drinking beer along with her friends as they went "Jeeping" that night, loading the vehicle with food, and in this case alcohol, then driving slowly through the woods.

But the Jeep struck a tree root and went into a roll down an embankment, throwing Hitzfield. Pinned under the vehicle, he was killed. None were wearing seat belts.

After the crash, Smith’s father said he was the driver, but another passenger placed her behind the wheel. Police found her in a garage of a nearby home, curled into a ball on the floor and crying.

After the crash, Smith’s blood-alcohol concentration was 0.18 percent, more than twice the legal limit of 0.08 percent.

She pleaded guilty in late July to the charge of operating a vehicle while intoxicated causing death. The other counts were dismissed.

According to testimony during Friday’s sentencing hearing, Smith, her family and Hitzfield’s family were extremely close. Members of the victim’s family had not wanted her charged in the crash.

Others did, however, and Deputy Allen County Prosecutor Adam Mildred told the court he had a job to do in this case because the driver of a vehicle is ultimately responsible for the safety of those who choose to ride in it.

"This would not have happened had she not had the keys in the ignition," he said.

Though many were assembled to show their support for Smith, only two individuals spoke, one of whom was in the Jeep that night.

Adam Ellis told the prosecutors he had not wanted the count accusing her of endangering him filed at all.

"She is a smart, positive and driven young woman," he said. "A lot has happened in all our lives since this unfortunate accident."

Smith’s attorneys argued her exemplary character and participation in alcohol abuse counseling should contribute to a lenient sentence.

"She’s worked for everything she has," said Don Swanson, one of her attorneys. "She is well thought of in the medical community." Smith is an intensive care nurse. He asked that any sentence she might have to serve be done through work release or in home detention.

Mildred showed the court photographs of the Jeep, resting on the victim, with beer cans in the console and a case of beer in the back.

Smith read a statement to the court, struggling at times to contain sobs.

"In a moment, my life drastically changed and the lives of others," she said, "from a mistake that I made.

"I was wrong to make the choice to drink and operate the Jeep that night," she said, adding she vowed to abstain from alcohol.

She said her heart was broken knowing she took her friend’s "soul mate" away from her, and she asked to remain out of prison so she could remain involved in helping the family in any way possible.

Allen Superior Court Judge Fran Gull said she found it troubling that everyone, in both the victim’s and defendant’s families, kept referring to the crash as a "tragic accident."

She sentenced Smith to a total of four years in prison but ordered two years suspended. Two years will be served behind bars, and Smith waived her appeal rights.