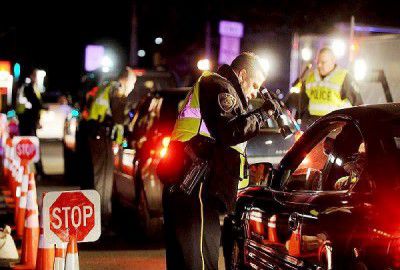 A recent Kern County case in which oral swab evidence was used to convict a man of driving under the influence is being watched by law enforcement officials nationwide, who believe it will set legal precedent and could popularize the technology.

Oral swabs aren’t expected to replace blood tests, which deliver more conclusive detail about the exact concentration of legal and illegal substances in a person’s blood.

They also don’t test for the presence of alcohol — or whether a motorist is actually impaired.

But they’re currently the only way to quickly test for the presence of several types of drugs in a motorist’s system, which is important because drug levels can drop as the body metabolizes them.

Police departments in Bakersfield, Fullerton, Los Angeles and Sacramento tested oral swabs during 2013 and 2014, with help from the California Office of Traffic Safety and the National Highway Traffic Safety Administration.

Kern was chosen as a pilot area for the swab study for some decidedly sordid reasons, Supervising Deputy District Attorney Michael Yraceburn said.

“We have the most drunken drivers in Kern County. And we have a methamphetamine problem. And that’s one of the reasons we were chosen unfortunately, the high likelihood of catching people driving under the influence of different substances,” Yraceburn said. “A lot of people have been watching our case. That’s my understanding.”

Kern’s case is believed to be the first time oral swab evidence has been used to get a DUI conviction in California.

The defendant in the case, Junior Salas of Bakersfield, had already been convicted and was awaiting sentencing on an unrelated felony charge when he got caught up in the new precedent-setting case.

On Oct. 12, 2013, he was arrested at the scene of an automobile accident that killed Bakersfield resident Victor Porta, 60, and seriously injured his wife, Julia Camposano, 54.

A Bakersfield Police Department officer conducted a breathalyzer test on Salas at the scene, and a second breath test, a blood test and oral swab test later at BPD.

The oral swab test revealed Salas had methamphetamine in his blood.

In both the breathalyzer and the blood test roughly three hours later, Salas had a blood-alcohol concentration of 0.03 percent.

Motorists are not considered legally drunk unless they have a blood-alcohol concentration of 0.08 or higher.

In California, authorities haven’t developed a level at which they can say motorists are under the influence of either marijuana or methamphetamine.

However, Deputy District Attorney Garrett Rice, who handled the case against Salas, said prosecutors generally try to show marijuana users are “impaired based on physical observations. Crashing is the greatest indicator of intoxication.”

Toxicologists generally agree methamphetamine users “will be under the influence” if the level of meth in their blood is anywhere from 50 to 200 nanograms per milliliter.

“It’s not codified in state law the way it is for alcohol,” Rice said.

At trial, prosecutors alleged Salas was driving under the influence of methamphetamine, marijuana and alcohol when his gold Toyota Camry crossed from westbound to eastbound lanes in the 4300 block of Planz Road and struck a silver Chrysler Concorde driven by Porta.

Defense attorney Jared Thompson disputed his client’s actual impairment level in trial, and whether Salas’ car had actually crossed into eastbound traffic or was in the center lane when the crash occurred.

“It’s the level of intoxication. There was nothing to suggest he was on some sort of binge or bender,” Thompson said.

On Dec. 17, a Kern County Superior Court jury found Salas, 22, guilty of vehicular manslaughter while intoxicated, with ordinary negligence, and of driving under the influence of alcohol or drugs causing bodily injury to a separate person.

Both are felony convictions, and Thompson pointed out the jury declined to find Salas guilty of gross negligence, or of causing great bodily injury in the accident.

Salas, who is already in custody, could face to up to seven years in state prison at his sentencing Jan. 19.

He was back in court Friday for a pretrial conference on three unrelated misdemeanor firearms charges, stemming from his arrest Dec. 20, 2013, at Valley Plaza where, according to the Bakersfield Police Department, he is alleged to have been carrying a .40-caliber semiautomatic pistol.

Thompson said he accepts the jury’s verdict although he thinks the District Attorney’s office over-charged his client.

But he and others in law enforcement point out if oral swabs are adopted by officers around the country, they’ll likely play a somewhat narrow role in DUI cases.

“I can see how it would be a useful tool, but it’s really a probable cause tool,” Thompson said, meaning a justification to investigate someone. “It really only indicates the presence of a substance. It doesn’t indicate a level.”

Two oral swab testing devices were available to law enforcement in Sacramento, Fullerton and Bakersfield for their trials in 2013 and 2014.

The BPD tested the German-made Draeger DrugTest 5000, and a Draeger official flew in from Germany to give expert testimony during Salas’ DUI trial.

The judge ultimately allowed the oral swab testimony to be admitted as evidence.

The Draeger and the Alere DDS2, which some other agencies used, test for the presence of THC, amphetamines, methamphetamines, cocaine, opiates, benzodiazepines and methadone.

Oral swab technology has been available for decades. But while it’s improved since the early 2000s — and is used more extensively in Europe and Australia since then — its limitations are still apparent.

At a conference last year on the use of oral fluid in DUI cases, the vice president of research and development for Immunalysis Corp. of Pomona told those assembled that studies in Kern County and Los Angeles using the Draeger machine had nearly 99 percent accuracy.

Sacramento Police Department, which used the Alere machine — made by the company that owns Immunalysis Corp. — tested 34 drivers and had three test falsely positive for methamphetamine. Three drivers also tested falsely positive, and one falsely negative for benzodiazepine use.

Both machines, and others like them, are considered accurate in a yes-no test to find drugs by saliva test.

But Dr. Christine Moore, the Immunalysis vice president, said drugs show up differently in saliva tests than they do in blood tests, and researchers haven’t figured out yet how to deal with that.

Cocaine and amphetamine levels may appear higher in saliva than blood, she said, while levels of Valium or Xanax may appear lower.

“I don’t think it will replace blood (tests) for many years,” Moore said. “We still need some work on what all the levels mean. Whoever can come up with a magic number that can say, ’You’re impaired,’ that’s great, but it’s a long way off.”

The future for oral swabs is still uncertain, but likely bright.

In Colorado, where voters legalized marijuana in 2012, state patrol troopers are testing oral swabs to see how easy they are to use.

Their ease and relative inexpensiveness could make them a hit there, as authorities cope with the pot boom.

“Our department of transportation has done studies and people don’t realize they shouldn’t be driving after they smoke. But one of the biggest issues is the use of more than one substance” simultaneously, said Jennifer Knudsen, traffic safety resource prosecutor for the Colorado District Attorneys’ Council. “A tool like this could help us in those cases once we get there with the science.”

Fullerton police Sgt. Tim Petropulos said neither his department’s crime lab nor the Orange County District Attorney’s office felt comfortable enough with their DUI swab results to use them in prosecution.

But Petropulos said the technology is valuable for “probable cause, to further test and to arrest but also to find the truth — this person, maybe they’re mentally ill, maybe they’re not taking their medication and they’re sick.”

“I think it makes it fair for everybody,” Petropulos added.

“I think you’re going to see other court cases that are going to follow suit that will use this as the standard,” Lackey said. “This is a really huge victory for the public as it relates to roadway safety.”