HOW TO EXPUNGE A CRIMINAL CONVICTION 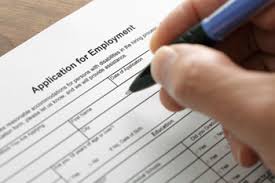 In May, a federal judge in Brooklyn took the extraordinary step of expunging the conviction of a woman he had sentenced to five years of probation more than a decade earlier for her involvement in an insurance fraud scheme that netted her $2,500.

Calling her “a minor participant in a nonviolent crime,” a Federal District Court judge, John Gleeson, decried the “dramatic adverse impact” the woman’s conviction has had on her ability to get a job to support her four children. “There is no justification for continuing to impose this disability on her,” Judge Gleeson wrote. “I sentenced her to five years of probation supervision, not to a lifetime of unemployment.”

The move was significant because there is no federal law that allows for expungement — the permanent sealing of a criminal record to the general public. In fact it appears to be the first time that a federal judge has expunged a conviction for this reason. It should not be the last.

Some 70 million to 100 million people in the United States — more than a quarter of all adults — have a criminal record, and as a result they are subject to tens of thousands of federal and state laws and rules that restrict or prohibit their access to the most basic rights and privileges — from voting, employment and housing to business licensing and parental rights.

Some of these collateral consequences make sense — like preventing people convicted of molesting children from working in schools. But many have no relation at all to the original offense.

The woman whose record Judge Gleeson expunged was hired repeatedly for social-work or health-care jobs, and then fired after employers ran a background check. As the judge wrote, it is “random and senseless” that her “ancient and minor offense should disqualify her from work as a home health aide.”

The federal government lags far behind in reducing the burdens of a conviction. About half the states allow some convictions to be expunged; almost all allow expungement for arrest records and other non-conviction records. Some expungements are automatic, while others require a petition to the court.

Of course, expungement is not a cure-all. The vast majority of employers now run background checks, many using error-strewn databases that often fail to delete sealed records.

A better, increasingly popular approach is a “certificate of rehabilitation,” which state judges issue as a way of removing certain restrictions and encouraging employers and others to take a chance on someone despite his or her record.

Another solution is the executive pardon, which restores rights lost after a conviction. Pardons were once a common method of relief from injustice, and some state governors still use it vigorously. Gov. Jack Markell of Delaware has issued almost 1,600 pardons in six years. But President Obama, like his recent predecessors, has almost entirely abandoned the practice.

Mr. Obama’s former attorney general, Eric Holder, understood the importance of giving people with criminal records a better chance at finding jobs and regaining their foothold in society. And yet the Justice Department is reflexively fighting Judge Gleeson’s expungement order, calling it “judicial editing of history.”

If the White House or Congress made a real effort to alleviate the crippling consequences of criminal records — by increasing pardons, or passing laws to give courts more options to lessen or remove those burdens — there would be no need for judges to play the role of editors.