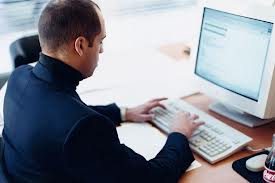 The six were among at least 70 men and one woman charged in a five-week operation by the Homeland Security Investigations arm of U.S. Immigration and Customs Enforcement. Federal officials, who planned to announce the arrests a news conference later Wednesday, call it one of the largest local roundups ever of people who collect images of children having sex — and a stark reminder that they come from all segments of society.

Authorities say an alarming number of the defendants had access to young children, though there were no reports of abuse. The Boy Scout leader also coached a youth baseball team. The rabbi home-schooled his children and others. Another person had hidden cameras used to secretly film his children's friends.

One defendant was already on bail following his arrest last year on charges he used the Internet to direct women to record sex acts with young children. Court papers allege he "indicated the last video he had downloaded and viewed depicted a mother sexually abusing her 3- or 4-year-old child."

Authorities say advances in technology and computer capacity have allowed child-porn collectors to more easily amass vast troves of images and to exchange files with each other directly. The New York effort resulted in the seizure of nearly 600 desktop and laptop computers, tablets, smartphones and other devices containing a total of 175 terabytes of storage.

Agents are still examining the devices to locate and catalog evidence, an arduous task that could result in more arrests. The National Center for Missing and Exploited Children also will use its analysts to review the images to see whether it can identify children using databases of known victims.

"We refer to each of these images as a crime scene photo because that's exactly what they are," said John Ryan, the organization's chief executive officer.

The next step as was to subpoena Internet service providers to obtain about 1,000 names associated with the IP addresses. The investigators narrowed the list down to 100 people who were the most active and recent traders, and obtained search and arrest warrants.

The agents who fanned out to do the searches claim they encountered many people who not only offered to show them what was on their computers, but also seemed eager to admit their guilt. One who had downloaded a video gave a written statement saying "he knew what he knew he should not be doing it and he thought no one would know what he was doing," court papers said.

"We had some individuals tell us, 'I know why you're here. I was waiting for this. I knew this would happen someday,'" Hayes said. "That's not something you find from someone who's trafficking cocaine or money-laundering."