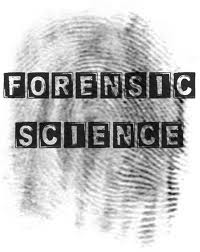 The Justice Department on Monday proposed expanding its review of forensic testimony by the FBI Laboratory beyond hair matching to widely used techniques such as fingerprint examinations and bullet-tracing.

Officials also said that if the initial review finds systemic problems in a forensic discipline, expert testimony could be reviewed from laboratories beyond the FBI that do analysis for DOJ.

“The authority afforded to scientific experts is second to none, and we must make sure that our statements are clearly supported by sound science,” Deputy Attorney General Sally Yates said.

Yates and Jonathan Wroblewski, head of the Justice Department’s office of legal policy, gave a framework for reviewing samples of closed criminal cases nationwide at the start of a two-day meeting of the National Commission on Forensic Science, whose members are appointed by the attorney general.

Yates announced plans last month to audit samples of testimony that came from FBI units handling pattern-based evidence, without saying which forensic techniques would be reviewed. Such techniques include tracing the impressions that guns leave on bullets, shoe treads, fibers, soil and other crime-scene evidence. The FBI and other crime labs nationwide conduct more than 100,000 such examinations each year.

Yates linked the expanded review to an FBI and department finding last year that nearly all FBI hair examiners overstated testimony about hair matches incriminating defendants during the two decades before 2000.

Yates reiterated that a quality-assurance review would determine whether “the same kind of ‘testimonial overstatement’ . . . could have crept into other disciplines.”

Wroblewski’s office will present a more detailed plan to the commission June 20 after a 30-day public comment period, Yates said.

[The DOJ presentation to the National Commission on Forensic Science]

Wroblewski on Monday proposed beginning with techniques including fingerprints, ballistics, handwriting, shoe and tire treads, fibers, glass and soil, among others. Cases in which FBI experts testified would be sampled regardless of whether a defendant was convicted, he suggested.

Justice Department officials continued to leave open questions of how many cases would be reviewed, what standards would be used and over what time period, whether and how convicted defendants or the public would be notified if isolated errors are found, and what degree of problems would trigger more exhaustive review and notification.

Wroblewski asked for input on who will review sample cases, and said that the department hoped to begin executing reviews this year. “It’s both a very important project, and I think it’s going to be a very, very difficult project,” he said.

To assist the effort, Yates’s office has recruited Victor W. Weedn, outgoing president of the American Academy of Forensic Scientists and chairman of the George Washington University Department of Forensic Sciences, officials said.

Officials said the review does not necessarily mean that there were problems with the science of the underlying techniques, but they said it indicates that the department is committed to establishing best practices to identify and address problems — possibly through ongoing, periodic tests of various disciplines and labs.

[Forensic techniques not as reliable as you may think]

Yates’s proposal is among the broadest responses to a National Academy of Sciences panel report in February 2009 that questioned subjective comparisons of evidence by experts. The panel concluded that although examiners had long claimed to be able to match pattern evidence to a source with “absolute” or “scientific” certainty, only DNA analysis had been validated through statistical research.

Commission members praised the initiative, and focused on the role of scientists and statisticians to put questioned techniques on firmer footing. Commissioner Stephen Feinberg, a professor of statistics at Carnegie Mellon University said he saw “the prospect to fundamentally change the nature of testimony moving from forensic labs into . . . the courtroom.”

“What has crept into the forensic field are forensic sciences that are not sciences, and that is one of the basic problems,” said commission member Vincent Di Maio, presiding officer of the Texas Forensic Science Commission and editor-in-chief of the American Journal of Forensic Medicine and Pathology.