FAMILY PUSHES FOR CHANGE AFTER MAN WITH AUTISM ARRESTED FOR OVI 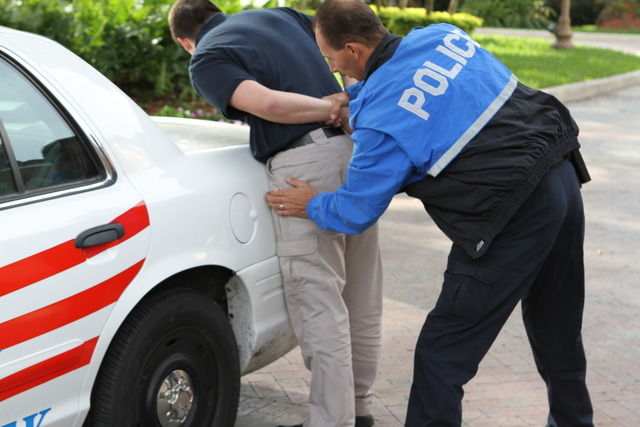 As Chris Page pulled away from his mother’s house in Dublin, it was a far cry from when he was pulled over for speeding back in March.

Page, 30, was coming home from dinner at his father’s house when he was pulled over near The Mall at Tuttle Crossing. He said officers asked if he was drinking and he told them he only had Pepsi. But Page, who is autistic, failed the field sobriety tests.

“I felt I was violated cause they handcuffed me and I’m not a criminal,” Page said.

When officers brought Page into the police cruiser, he told them he was autistic. In dash cam video obtained by NBC4, Page and the officers are heard talking about his disability.

“It may be that medical condition,” one officer said. “But we’re not doctors. We can’t testify to that. We have to go off the clues that we have.”

Page was charged with operating a vehicle under the influence. When tests came back months later, showing he had no alcohol or drugs in his system, the charges were dismissed. But his mother, Diane Page, is still upset.

“He was totally violated for having a disability that they were not educated about,” Diane Page said. “When I watched the video, it brought tears to my eyes.”

Page’s arrest came just months after another man with autism was arrested for drunk driving. Richard Mazur’s charges were also dismissed. But it’s made Diane Page think about how to prevent this from happening to anyone else.

Chris now carries a card in his wallet that identifies him as autistic. In other states, cards like these are legal documents.

“This is something Ohio needs desperately,” Diane Page said. “I realized that when I found out about this disability card and training for police officers, it was my calling. I’m not going to stop till it happens.”

Delaware County Sheriff Russell Martin has experienced this dilemma from both sides. A family member with Tourette syndrome was pulled over several years ago, although he was not arrested.

“It was kind of a tough experience for him, simply because the officer just wasn’t familiar with Tourette syndrome and what accompanies that,” Martin said.

The program won’t roll out until 2017, but for Diane Page, training is the first step to make sure other people with autism don’t go through what her son did.

“There are going to be a lot of individuals driving and living normal lives like Chris, and they deserve to be understood by police officers and treated with respect,” Diane Page said.

While training for officers is crucial, advocates agree it’s not a fully developed solution. Many of them suggested a BMV database or voluntary registry to identify drivers with autism or other disabilities in order for officers to make accommodations.