DO POLICE NEED A WARRANT TO DRAW BLOOD IN A DUI CASE? 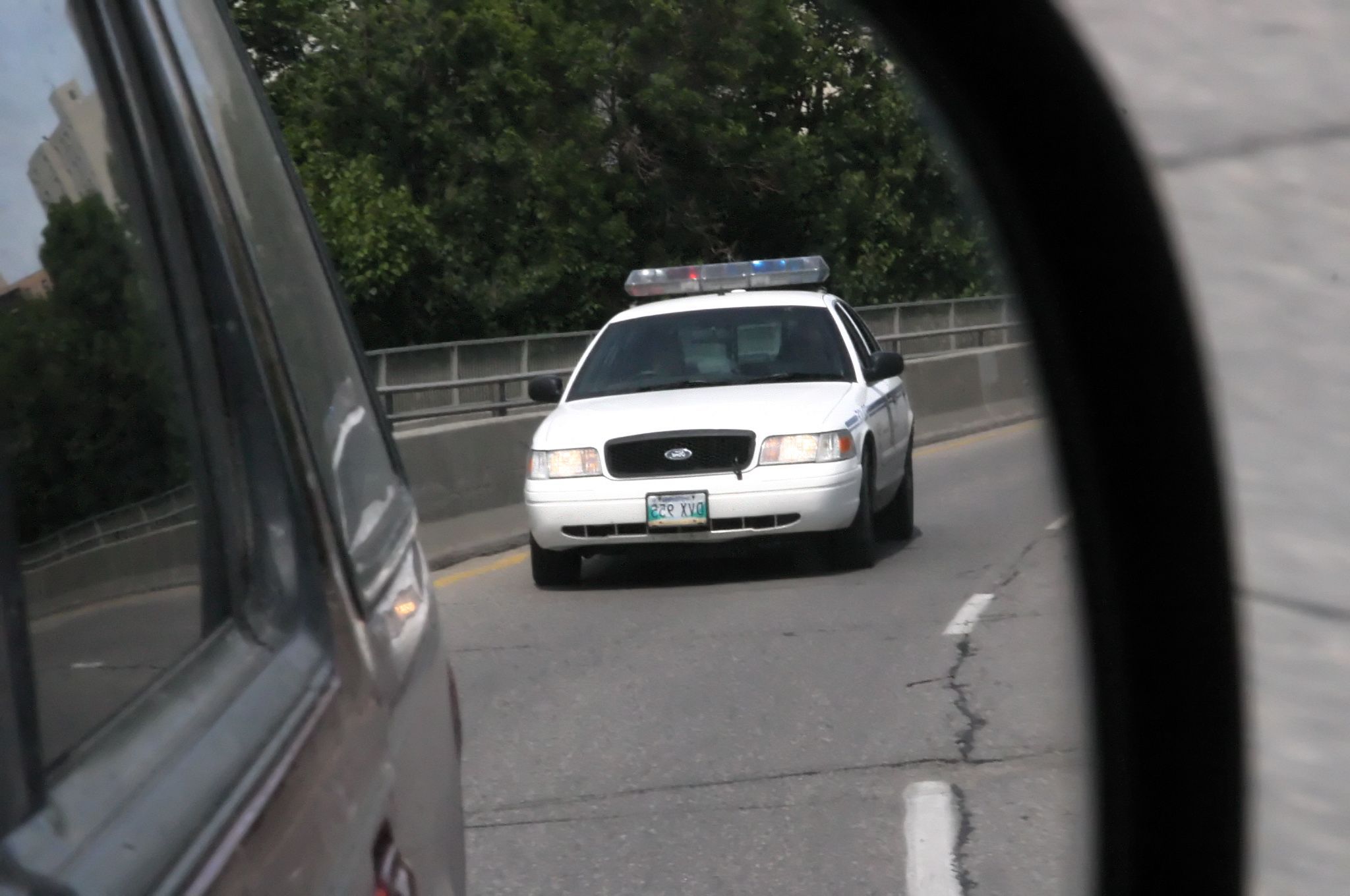 Tyler G. McNeely had been convicted of drunk driving twice before. Whether that influenced his thinking in the early morning hours of Oct. 3, 2010, isn’t clear. But when McNeely was pulled over in Cape Girardeau, Mo., on suspicion of driving while intoxicated, he refused to consent to a breath test.

Cpl. Mark Winder of the Missouri State Highway Patrol, who had stopped McNeely for speeding that morning, noticed the driver’s bloodshot eyes, slurred speech and an odor of alcohol on his breath. McNeely acknowledged having had "a couple of beers." After the driver failed several field-sobriety tests and refused to take a breath test, Winder decided to take him to a nearby hospital for a blood draw.

Without obtaining a warrant, Winder ordered a hospital technician to draw blood from McNeely, now 27. That action has led to the first major test in the U.S. Supreme Court since the mid-1960s of when the police must get a warrant to draw blood of a suspect in a drunk-driving case.

"There was a time when the cops pulled you over for drinking and driving, and they would say, ‘How far is your house?’ " says Michael A. Correll, a Dallas attorney who wrote a comprehensive law review article about compelled DWI blood draws. "Now they just arrest you."

And while field-sobriety tests, including Breathalyzers and similar assessments, are the more prevalent evidence in such cases, "blood tests are the gold standard from a scientific standpoint," Correll says. The case of Missouri v. McNeely, to be argued Jan. 9, is one of several significant Fourth Amendment tests before the justices this term.

In October, the court heard arguments in two cases involving drug-sniffing dogs. One case, Florida v. Jardines, involves whether a dog sniff at the front door of a suspected marijuana "grow house" was a search under the Fourth Amendment requiring probable cause or a warrant. The second, Florida v. Harris, is about whether an alert by a drug-sniffing dog during a traffic stop was enough to establish probable cause to search a vehicle.

And later this term, the justices will hear arguments in Maryland v. King, about whether a state may routinely collect and analyze DNA samples from people arrested and charged with serious crimes.

"I think they’re all significant cases," says Steven R. Shapiro, the national legal director of the American Civil Liberties Union, who will argue on behalf of McNeely in the DWI blood-draw case. But compared with the dog-sniff and DNA issues, a DWI arrest "is a position that more people may find themselves in," Shapiro says.

Winder, then a 17½-year veteran of the Missouri Highway Patrol, had in most cases sought and obtained warrants to get a compelled blood draw of nonconsenting DWI suspects. But Winder had recently read an article in a traffic safety journal by a prosecutor who suggested that based on a change in Missouri’s implied consent law, no warrant was needed under such circumstances.

"It was a conscious decision based on the fact that due to the law changes and what I had been told, [a warrant] was not necessary," Winder testified in a court hearing.

McNeely’s blood sample was taken at 2:33 a.m., within a half hour of when he was first pulled over by Winder. The later chemical analysis showed that he had a blood-alcohol content of 0.154 percent, well above Missouri’s legal limit of 0.08 percent. Because of his two prior DWI convictions, McNeely was charged with a felony and faces a maximum term of four years in prison.

McNeely sought to suppress the blood-sample evidence as a violation of the Fourth Amendment. A state trial judge ruled in his favor, holding that based on a 1966 Supreme Court ruling, the natural dissipation of alcohol in the bloodstream does not constitute a sufficient exigency to justify a warrantless blood draw in a routine DWI case.

The precedent is Schmerber v. California, a 5-4 decision in which Justice William J. Brennan Jr., a usually reliable liberal on defendant’s rights, joined with the Warren court’s conservatives to uphold the warrantless blood draw of a DWI suspect who had been involved in an accident.

A nonconsensual blood draw to gather evidence was a search under the Fourth Amendment, the court held, and ordinarily a search warrant would be required. Justice Brennan asserted in the majority opinion that there were "special facts" in the case that justified the warrantless blood draw: That the police had required time to investigate the accident site and to transport the driver to the hospital. But Brennan also emphasized the unique facts of the case and the fact that the blood draw had been performed "in a reasonable manner … according to accepted medical practices."

"That we hold today that the Constitution does not forbid the state’s minor intrusions into an individual’s body under stringently limited conditions in no way indicates that it permits more substantial intrusions, or intrusions under other conditions," Brennan said.

The Missouri trial court held that McNeely’s case was "substantially different" from the facts in Schmerber because there had been no accident and no need to transport the suspect to the hospital. "This was not an emergency; it was a run-of-the-mill, driving-while-intoxicated case," the trial judge said.

While an appellate court ruled for the state, the Missouri Supreme Court affirmed the trial court on the same grounds that no emergency or exigent circumstances existed. Further, "there was no evidence here that the patrolman would have been unable to obtain a warrant had he attempted to do so," the state’s highest court said in its unanimous decision.

Missouri appealed, citing a wide split among several state courts and federal appeals courts in their interpretations of Schmerber. On the merits, Missouri stresses that because alcohol is eliminated from the body relatively rapidly, there are exigent circumstances justifying a blood draw of a DWI suspect without a warrant.

In McNeely’s case, "it was an indisputable fact that the best and most probative evidence of the crime was in the process of destruction," John N. Koester Jr., an assistant prosecuting attorney in Cape Girardeau County, told the U.S. Supreme Court in a brief.

The suspect’s privacy interests "are minimal," Koester added. Driving is heavily regulated and brings a diminished expectation of privacy, he noted. Meanwhile, the high court in Schmerber and in later cases recognized that a "simple blood test, taken by a trained technician in a hospital setting, is a minor intrusion," he added.

"The public interest in ridding the nation’s roadways of drunk drivers clearly outweighs the privacy interests of the individual in being subjected to a simple blood test," Koester said.

The ACLU’s Shapiro counters that while everyone agrees drunk driving is a serious societal problem, not every DWI stop constitutes an emergency situation.

"In a run-of-the-mill case, there is no reason why the police should not obtain a warrant before they stick a needle in your arm to draw blood," Shapiro says.

He takes issue with the state’s argument that the natural dissipation of alcohol from the body is more of an exigency than the usual types that have been recognized by the Supreme Court, such as the hasty destruction of physical evidence when the police are knocking at the door.

"When you’re flushing drugs down the toilet, they’re gone," Shapiro says. But the natural dissipation of alcohol from the body takes several hours. "This is not a now-or-never situation," he says.

Correll, a litigator in Alston & Bird’s Dallas office, explored the issue of DWI blood draws in a 2011 article in the West Virginia Law Review, "Is There a Doctor in the (Station) House?" He notes that compelled blood draws have been performed by untrained officers at police stations, and he even ran across a few "outlandish" ones in which they were performed at the side of the road.

Correll cites a 2009 ruling by the midlevel Texas Court of Appeals that held a compelled blood draw carried out by police officers who physically restrained a DWI suspect at the station to be a violation of the Fourth Amendment.

Correll notes that many states have enacted statutory limitations on blood draws of DWI suspects, such as by restricting the use of force, outlining who may conduct such a compelled draw or requiring a warrant. Florida, for example, requires physicians, paramedics, registered nurses, technicians and other medical professionals to perform the blood draw. Nevada specifically bars the arresting officer from participating in the procedure. Some states dictate the time range during which blood must be drawn after an arrest, typically two hours.

THE MOST RELIABLE TEST

Correll says he is comforted that Missouri is not arguing for wide authority about who may draw blood or where it may be done. The state suggests in its brief that Schmerber does not permit blood tests to be performed by nonqualified personnel in nonmedical settings. Correll also agrees with the state that blood evidence is the most reliable of DWI testing methods. But he parts company with the state on the need for a warrant. "What the state is saying is we know there is going to be this emergency" every weekend, Correll says. "And we know we have several hours" to obtain the probative evidence, he adds, "but we don’t think we should have to get a warrant."

"If you know you are going to have DWIs every weekend, why not have someone on call" to take warrant applications, he asks.

Koester says in the state’s brief that obtaining a warrant in the middle of the night in Cape Girardeau County takes about two hours on average, while the body eliminates alcohol at a rate of 0.015 to 0.02 percent per hour.

Because the state’s appeal of the Fourth Amendment decision was interlocutory, McNeely’s felony DWI case remains pending. Both sides acknowledge that this is not a case where the suppressed blood test was the only evidence, and that the state might still be able to get a conviction.

Meanwhile, Shapiro notes that consistent with the laws in virtually every state, Missouri law required that McNeely’s license be revoked for one year because of his refusal to consent to the breath and blood tests.