Alice Sebold, the author of The Lovely Bones, apologized to the man who spent 16 years behind bars after he was wrongfully convicted of raping her when she was a college student. 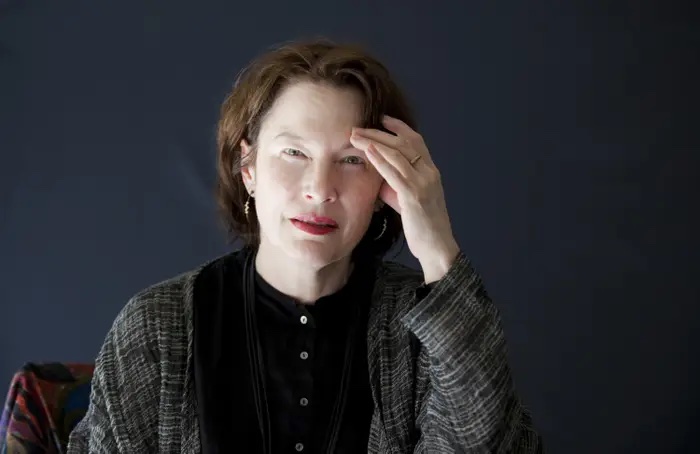 Alice Sebold, the author of The Lovely Bones, apologized Tuesday to the man who spent 16 years behind bars after he was wrongfully convicted of raping her when she was a college student.

In a statement released first to the Associated Press and then published on Medium, Sebold said she was "truly sorry" to Anthony Broadwater Jr. and that she deeply regretted what he had been through.

"I am sorry most of all for the fact that the life you could have led was unjustly robbed from you, and I know that no apology can change what happened to you and never will," she wrote.

Last week, a New York state judge overturned Broadwater's conviction on first-degree rape and other charges connected to Sebold's 1981 assault, which she wrote about in her 1999 memoir Lucky.

His defense attorneys argued he had been convicted on insufficient and now-discredited forms of evidence — something that even the Onondaga County district attorney agreed with.

“I’m not going to sully these proceedings by saying, ‘I’m sorry,’” District Attorney William Fitzpatrick told the court. “That doesn’t cut it. This should never have happened.”

Broadwater had always maintained his innocence and was repeatedly denied parole while imprisoned because he refused to admit to the crime.

“I’ve been crying tears of joy and relief the last couple of days,” Broadwater told the Associated Press after he was formally exonerated and removed from the sex offender registry. “I’m so elated, the cold can’t even keep me cold.”

When Sebold was an 18-year-old first-year student at Syracuse University, she was attacked while walking through a tunnel.

Months later, she passed a man walking on the street and called police to report she believed he was her attacker.

"He was smiling as he approached. He recognized me. It was a stroll in the park to him; he had met an acquaintance on the street," she wrote in Lucky. "‘Hey, girl,’ he said. ‘Don’t I know you from somewhere?’"

"I looked directly at him. Knew his face had been the face over me in the tunnel.”

Broadwater was later arrested when a police officer suggested he had been seen in the area where Sebold said she had seen the man.

But Sebold failed to pick Broadwater out of a police lineup and instead selected another Black man.

In court, though, she testified it was Broadwater who had raped her — in part, his defense attorneys later claimed, because prosecutors falsely told her that the man she had picked out of the lineup was a friend of Broadwater and that the pair were trying to trick her.

Fitzpatrick, the district attorney, noted in court last week that witness identifications of strangers can often be unreliable, especially when made across racial lines.

He also blasted the now-discredited "junk science" of microscopic hair analysis that was used to convict Broadwater.

In her apology on Tuesday, Sebold blamed the wrongful conviction on a "flawed legal system" in which she had put her faith as a "traumatized 18-year-old rape victim."

"It has taken me these past eight days to comprehend how this could have happened," she wrote. "I will continue to struggle with the role that I unwittingly played within a system that sent an innocent man to jail. I will also grapple with the fact that my rapist will, in all likelihood, never be known, may have gone on to rape other women, and certainly will never serve the time in prison that Mr. Broadwater did."

Broadwater's exoneration may not have come about were it not for a planned film adaptation of Lucky, which detailed the assault and the post-traumatic stress disorder Sebold developed in its aftermath.

Timothy Mucciante had signed on to serve as executive producer, but abandoned the project when he noticed discrepancies between the script and memoir.

“I started having some doubts, not about the story that Alice told about her assault, which was tragic, but the second part of her book about the trial, which didn’t hang together," Mucciante told the New York Times.

Mucciante hired a private investigator to reexamine the case, who then brought Broadwater's plight to the attention of a defense attorney.

Variety reported Tuesday that the film adaptation, which had been set to star You actor Victoria Pedretti, had been scrapped.

Broadwater told the New York Times that even though he was released from prison in 1999, his life had been ruined by his wrongful conviction.

He said he faced stigma from loved ones and struggled to find employment due to his status as a sex offender.

A member of his defense team did not immediately respond to a request for comment on Sebold's apology.

A spokesperson for Simon & Schuster and its imprint Scribner, which published Lucky, said they had consulted with Sebold and will cease distribution of all formats of the memoir while they work with the writer to consider how the book might be revised.