WHEN ARE YOU TOO STONED TO DRIVE? 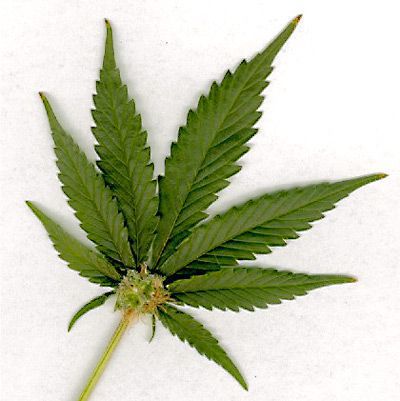 Late one February night in 2013, Massachusetts state trooper Eric French pulled over a blue SUV with its rear lights out. When he approached the car, he saw smoke and smelled pot. The driver, Thomas Gerhardt, could count backwards from 75 to 62 and recite the alphabet from D to Q. But he couldn’t stand on one leg or walk nine steps and turn, standard measures on a field sobriety test. The trooper determined that Gerhardt was impaired, and he was arrested and charged with driving under the influence of marijuana.

Was Gerhardt even high? And if he was, was he too high to drive safely?

This month his lawyer argued before the state’s high court that French proved neither that night.

Massachusetts is one of eight states, plus the District of Columbia, where recreational marijuana use is now legal. Twenty more states have legalized use of medical marijuana. But science and the law have not kept pace with this rapid political change.

We take for granted that not being able to walk a straight line or stand on one leg means that you’re drunk, and that being drunk means it’s unacceptably dangerous to drive. But there is no clear scientific consensus when it comes to smoking pot and driving. And few of the tools police officers have long relied on to determine whether a driver is too drunk to drive, like a breathalyzer, exist for marijuana.

Cases like Gerhardt’s are on the front lines of a new effort in courtrooms, labs, and government agencies around the country to pin down how high is too high to drive — and how to reliably know when someone is as high as that.

Most (but not all) studies find that using pot impairs one’s ability to drive. However, overall, the impairment appears to be modest — akin to driving with a blood alcohol level of between .01 and .05, which is legal in all states. (The much greater risk is in combining pot with alcohol.) The increased crash risk with pot alone “is so small you can compare it to driving in darkness compared to driving in daylight,” says University of Oslo political scientist Rune Elvik, who conducted several major meta-analyses evaluating the risk of drugged driving. “Nobody would consider banning people from driving in the dark. If you tried to impose some kind of consistency standard, then there is no strong case, really, for banning it.”

When it comes to alcohol, science and the courts have long established a direct line between number of drinks, blood alcohol level, and crash risk. As one goes up, so do the others. Not so for pot. Scientists can’t say with confidence how much pot, in what concentration, used in what period of time, will reliably make someone “high.” (This is especially difficult to gauge because most of the existing studies used pot provided by the National Institute on Drug Abuse, which tends to be a lot less potent than what smokers can buy on the street or in pot shops.)

Blood levels of THC — tetrahydrocannabinol, the chemical component of pot that makes you high — spike quickly after smoking and then decline rapidly in the hours afterwards, during the window when a smoker would feel most high. What’s more, regular smokers could have THC in their blood for days or weeks after smoking, when they are clearly no longer high.

Still, laws in 18 states tie drugged driving charges to whether drivers have THC (or related compounds) in their blood. Some states prohibit driving with any amount, and some specify a threshold modeled after the .08 limit states use for blood alcohol. But the lag time between being pulled over and being transported to a hospital for a blood draw — on average, more than two hours — can lead to false negatives, while the tolerance developed by regular users (and the tendency for THC to stick around in their bloodstreams) can lead to false positives. This is why, researchers say, blood THC laws make little sense.

“If you’re stopping someone who just tried it or uses it occasionally, a little bit of THC goes a long way—they’re very impaired,” says Washington State University political scientist Nicholas Lovrich. “But people are demonstrably able to drive at high levels of THC if they’re a frequent user.”

State marijuana driving laws
Laws in 13 states prohibit driving with any amount of THC — the active substance in marijuana — in your blood. A handful of states specify a legal cutoff of THC in the blood above which driving is illegal (in Colorado, Montana, and Washington, it's 5 nanograms per milliliter of blood; in Nevada and Ohio, it's 2). The remainder of states prohibit driving while "incapacitated by" or "under the influence of" marijuana. Each is a slightly different legal standard, but both boil down to a somewhat vague prohibition on driving while high.  Source: National Conference of State Legislatures

The more sensible strategy appears to be prohibiting driving while high, and 31 states take this approach. But proving that a driver is high turns out to be tricky terrain, too.

One of the issues that Thomas Gerhardt raises in his lawsuit is whether police officers with standard training are qualified to make a judgment that a driver is high. Courts in a few states, including New Jersey, Vermont, and Montana, have ruled that they are not. “Unlike alcohol intoxication,” the New Jersey high court ruled in 2006, “no…general awareness exists as yet with regard to the signs and symptoms of the condition described as being ‘high’ on marijuana.”

Research shows that failing a standard field sobriety test (a series of tasks like walking a straight line) correlates closely with having a blood alcohol level above the legal limit — plus officers have a breathalyzer to confirm their findings. But “the gap between assessment, cannabis use, and driving is really not completely closed,” says Professor Thomas Marcotte of the Center for Medicinal Cannabis Research at the University of California-San Diego. Frequent pot users — even when they’re not stoned — may not be able to stand on one leg, for example, whether they’re safe to drive or not. Marcotte and his colleagues are working on validating a new field sobriety test calibrated for pot use. Their iPad-based measures test skills like tracking an object on the screen and accurately estimating time. (Police may not yet have a validated tool, but for those who want to gauge their own ability to drive after smoking, apps have begun to appear that measure things like reaction time and hand-eye coordination.)

Some police departments use drug recognition experts, specially trained officers dispatched to evaluate suspected drugged drivers. Commonly referred to as DREs, these officers use an hour-long 12-step process, including taking the suspect’s blood pressure and pulse, conducting several eye exams and balance tests, to generate an opinion about whether the driver is intoxicated, and, if so, by what. Preliminary research seems to indicate their opinions are of mixed quality, and not all judges allow DREs to testify to their findings. “They’re not EMTs. They’re not medically trained,” says Lovrich, the Washington State University professor, who, in a recent study of five years of DRE data in Washington and New Mexico, found a false-positive rate for pot intoxication ranging from 38 percent to 68 percent. “Everyone in the DRE business knows it’s really hard to do this.”

The gold standard would be a breathalyzer-like device that can objectively measure whether someone has recently smoked, and how much. Lovrich is working on developing such a tool, using the same type of technology that security screeners use at airports to check for explosives. He says it will be at least two years before the technology is perfected, miniaturized, and engineered to be durable enough to toss in the back seat of a squad car.

In the meantime, people like Thomas Gerhardt will fight it out in state courts. A ruling on his case is expected this spring.