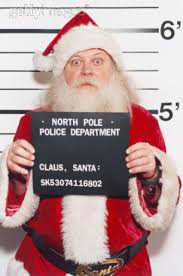 ‘Tis the season — for crime? Many criminals see the holiday season as their opportunity to cash in. But while many of the crimes committed around Christmas center around theft of presents, there are a few that are so strange that they definitely deserve a special place on Santa’s naughty. Here are 10 strange but true Christmas crimes: