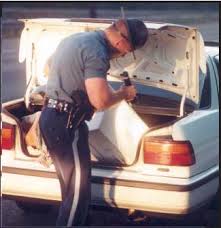 Ruling in a case in which a woman concealed a heroin-filled condom in a body cavity, the Ohio Supreme Court found today that suspects cannot be convicted of tampering with evidence unless they knew a criminal investigation was likely.

The justices unanimously overturned the conviction and three-year prison sentence imposed on Chelsey Barry in Scioto County for tampering with evidence. Her six-year sentence for drug trafficking and other offenses stands.

Prosecutors cannot win tampering convictions unless they can prove a defendant knew an investigation was ongoing or likely at the time the eventual evidence was tampered with or concealed, Justice Terrence O’Donnell wrote in the court's opinion.

The ruling resolved conflicting decisions by the state’s appellate courts, with the judges in Barry’s case finding she was aware that she was committing an “unmistakable crime” and properly convicted of tampering with evidence.

However, Barry could not have expected to be stopped by state troopers when she concealed a condom with 56 grams of heroin in a body cavity in Middletown, Ohio, and set out for West Virginia with three friends, the justices ruled.

Proof that Barry was aware she was committing a crime “is not tantamount to knowledge that an investigation into her activities was likely to be instituted,” O’Donnell wrote in the court’s opinion.

Barry was arrested after troopers stopped her car in Scioto County for erratic driving and smelled marijuana. She initially denied possession of any drugs, but then admitted she had concealed heroin.

She said she agreed to hide the heroin given to her by one of her friends in exchange for receiving a share once they arrived in Huntington, W. Va.

Ohio never has approved an “unmistakable crime” jury instruction in which establishing a defendant was aware of an illegal act when evidence was hidden could be used to prove an investigation was likely, the court found.

Barry, 22, was sentenced in mid-2013 to the Ohio Reformatory for Women in Marysville.