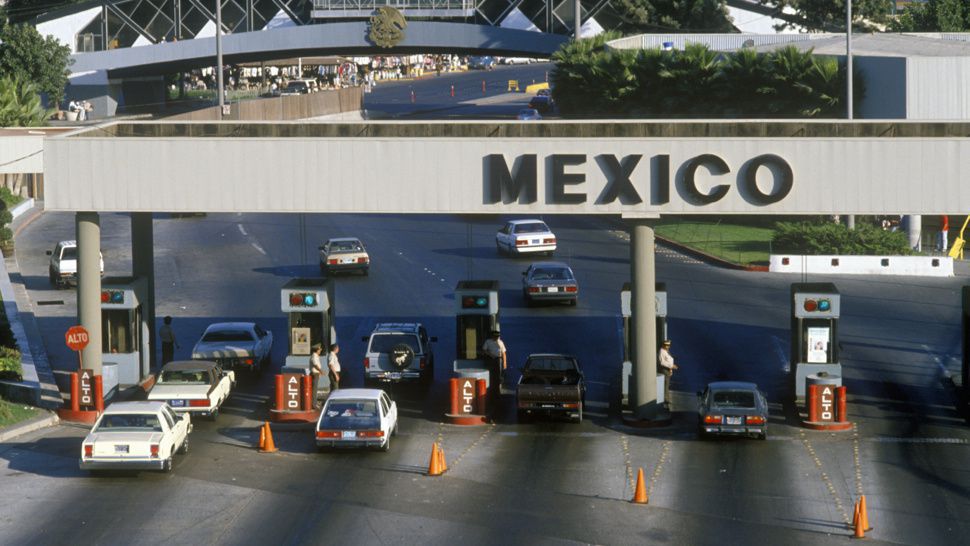 You know how they always ask in the airport if you let anyone else touch your luggage? And you laugh cause it's stupid. Well, on a border crossing, a student discovered someone put 112 pounds of weed in his car without him knowing. And he blames Ford.

Ricardo Magallanes drove his 2007 Ford Focus across the border from Mexico, only to find out that he was carrying 112 pounds of marijuana in the back, apparently without him knowing.

It has happened to a few other Fords recently, but Magallanes is taking it one step further: He's suing Ford. Magallanes alleges that Ford mishandled keys and key codes to the point that it allowed smugglers to break into his car and stash the sticky icky in his trunk.

Apparently the FBI found out that someone at a Dallas Ford dealer got codes to all the cars that were found smuggling the drugs back in 2011. Magallanes was arrested and held without bail until the FBI realized that something wasn't quite right in the string of smuggling arrests.

Magallanes is suing Ford for damages and lost wages, amongst other things.

Ford denies any responsibility, saying that it was really the fault of the dealer and the locksmith, not their own.