ROGUE CHEMIST WAS INVOLVED IN 24,000-PLUS CONVICTIONS

Annie Dookhan, the convicted former drug lab chemist, was responsible for testing evidence in more than 24,000 cases that resulted in convictions during her 10 years working for the state — a quarter of the successful prosecutions by the district attorneys that used her laboratory, according to figures released Thursday by the American Civil Liberties Union of Massachusetts.

The ACLU said the figures, provided in full this week by prosecutors per a court order, show the extent to which Dookhan was involved in testing evidence — she was involved in one in six drug prosecutions statewide over a 10-year-period — and the depth of the scandal that resulted.

Five years after the scandal broke, the vast majority of defendants who were convicted based on evidence that Dookhan tested have not been notified she was involved in their cases, or that they can appeal their convictions.

“Over the last decade, Massachusetts has convicted thousands and thousands of people of drug crimes based on tainted evidence. Those people deserve justice,” said Matthew Segal, legal director of the ACLU, which has called for the dismissal of all cases tied to Dookhan.

“It has taken five years and a lawsuit just to get a list of Dookhan’s cases, and that list exposes the war on drugs in Massachusetts as a massive house of cards.” 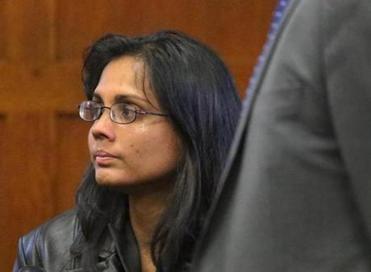 The former state chemist, whose mishandling of evidence threw the state’s justice system into turmoil, will serve three to five years in prison.

Jake Wark, spokesman for Suffolk District Attorney Daniel Conley, whose office handled most cases Dookhan was involved in, said the Supreme Judicial Court has recognized that his office turned over a list of the Dookhan defendants and case information to the ACLU more than a year ago.

In a May 2015 decision, the Supreme Judicial Court noted that prosecutors from Suffolk, Essex, Bristol, and Norfolk counties had turned over information about cases involving Dookhan. It was not clear when prosecutors from the Cape and Islands, Middlesex, and Plymouth — the other counties that used Dookhan’s lab — turned over the information. The ACLU said it got the complete list of cases this week.

Dookhan was a chemist at a Department of Public Health-run laboratory in Jamaica Plain from 2003 to 2012, before an audit by the State Police — who had been taking over the laboratory’s drug-testing duties — uncovered problems. An investigation found that Dookhan had certified substances she never tested, mixed substances with drugs so they tested positive, or given the wrong weight for substances. When confronted by investigators, she lied.

In 2013, Dookhan pleaded guilty to tampering with evidence and filing false reports and was sentenced to three to five years in prison. She was released on parole in April.

Defense attorneys and civil liberties advocates argue that Dookhan’s involvement tainted evidence in all of the cases in which she was involved, so the cases should be dismissed. Prosecutors say each case should be reviewed. The Supreme Judicial Court is reviewing how to handle the mess.

The ACLU has argued that tainted convictions have already resulted in jail time and other consequences, such as deportations or difficulty finding employment or housing.

The ACLU’s announcement came a week after a review by Attorney General Maura Healey found that a state chemist at an Amherst drug lab got high on drugs almost every day at work for nearly eight years, compromising evidence testing at that lab, too. That review, covering 2005 to 2013, could affect an untold number of cases.

“This new information and the latest drug lab scandal in Massachusetts show that a case-by-case approach to this massive problem cannot serve the cause of justice or restore the integrity of our criminal justice system. We need a comprehensive solution,” said Dan Marx, an attorney who worked on the litigation before the Supreme Judicial Court.