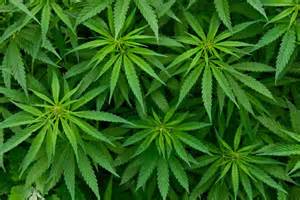 Police in the US have gotten their hands on a marijuana breathalyzer and drivers in California were among the first to be tested –with nationwide distribution planned for next year.
As part of an initial field test, several erratic drivers were pulled over and asked to voluntarily blow into the breathalyzer. Two of the drivers who took part in the test admitted to smoking marijuana in the previous 30 minutes, and delivered a positive reading on the handheld device.

Other drivers who confessed to smoking pot within the previous two to three hours also tested positive – none of whom were arrested, although those who tested positive were not allowed to continue driving.

“Basically everyone agreed because they were curious,” said Mike Lynn, CEO of Hound Labs, the Oakland-based company who developed the device with some help from the University of California’s chemistry department.

Lynn, who also works as an emergency room doctor in Oakland, California, and a reserve officer with the Alameda County Sheriff’s Office, tagged along with officers to assist in the pullovers and testing.

“We were not trying to arrest people. ... Sure, we could arrest people and people are arrested every day for driving stoned, but the objective was not to put people in jail but to educate them and use the device if they volunteered so we could get the data," Lynn added

One driver was arrested during the testing, however, but for being under the influence of alcohol.

The “groundbreaking” device can detect THC (the main ingredient in pot) on a person’s breath when they have eaten food like gummy bears or brownies, as well as alcohol.

Following some more tests to validate the technology’s results, Hound Labs hopes to widely distribute the device to law enforcement in the first half of next year.

Until now, police had to rely on an imperfect system of testing saliva, urine and blood samples to measure marijuana in the system, which can show the presence of the drug days after the user is actually under the influence.

Chief of Police in Lompoc, California, Patrick Walsh, has already thrown his support behind the innovative device which he plans on issuing to at least six of his departments over the next six months.

“We are looking for the least invasive way to obtain information that indicates impairment, which is why we are participating in roadside tests,” said Walsh in the company's press release.

“We don't want to arrest people who are not impaired, and yet we don't want marijuana users driving if they are high from recent use," he added.