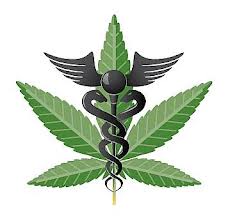 The city of Oakland may no longer fight against a federal attempt to shutter the nation's largest medical marijuana dispensary, a U.S. magistrate judge ruled Thursday.

Rejecting the city's arguments that it had a legal right to fight against the forfeiture of a building that houses the multimillion dollar business, Magistrate Judge Maria-Elena James tossed the city from the case, leaving Harborside alone to fight against the government.

While the ruling takes Oakland and its almost 400,000 residents out of the battle, Harborside representatives said Thursday it does not weaken their defense against U.S. Attorney Melinda Haag and her quest to shut down a business that distributes medical marijuana to thousands of patients.

James' ruling was narrowly focused on whether the city had the right to sue the federal government over the forfeiture action and did not reach an opinion on the defenses Harborside plans to present in a future jury trial, said Harborside's attorney, Henry Wykowski.

"This ruling does not affect Harborside's case or its defenses," Wykowski said. "It merely indicates that Oakland will not be able to prevent the U.S. attorney from proceeding."

Nevertheless, the ruling takes an important player out of the battle: a local government that endorses Harborside and praises the business for strictly adhering to the laws of California and Oakland.

by the ruling and will meet with the city's outside counsel to discuss if the decision should be appealed. That outside council, San Francisco-based law firm giant Morrison Foerster, is handling the case on the city's behalf for free.

Parker said the city should be allowed to continue its fight against the federal government because it has a different interest than both Harborside and the landlord that houses the business.

Oakland had argued that it had the right to fight in the case, in part, because the shuttering of Harborside Health Center would create a public safety hazard as hundreds of medical marijuana patients would turn to the underground drug market to purchase marijuana.

The city also argued that closing Harborside will hurt city coffers as the business generates more than $1 million a year in tax revenue.

James found that the city did not meet the requirements of those two rules.

James rejected the city's first argument, saying that the government's forfeiture action has a procedure in place that allows only parties with direct interest in the property to file claims against a federal takeover.

Attorneys representing the city argued that the city should be allowed to fight the forfeiture action because it's interest in the property, while not direct, is significant. The city argued that significant interest is the fact that if Harborside closed, the city would be overrun by former medical marijuana patients seeking drugs through the underground market.

James, however, said the city's attempt to state an interest in the property was too far-reaching and ruled that had she allowed the city to proceed with that argument, she would be granting it "greater ability to challenge the forfeiture proceeding than those who Congress identified as having the strongest interests in the property."

"The interests (the city) has identified -- while significant and wide-reaching -- are too far removed from the (Harborside) property to give it standing to challenge the proceeding," James wrote in her ruling.

James also rejected the city's notion that Haag's decision to seek forfeiture of the Harborside property was a "final agency action."

In reaching that conclusion, James said the filing of a civil forfeiture action is not a final agency decision because it is not a "rule, order, license, (or) sanction."

With Oakland now banned from the case, attorneys for the U.S. Department of Justice, Harborside and the two landlords who lease space to the business will meet to begin setting dates for a future jury trial.

Wykowski said he looks forward to arguing his client's case before a jury.