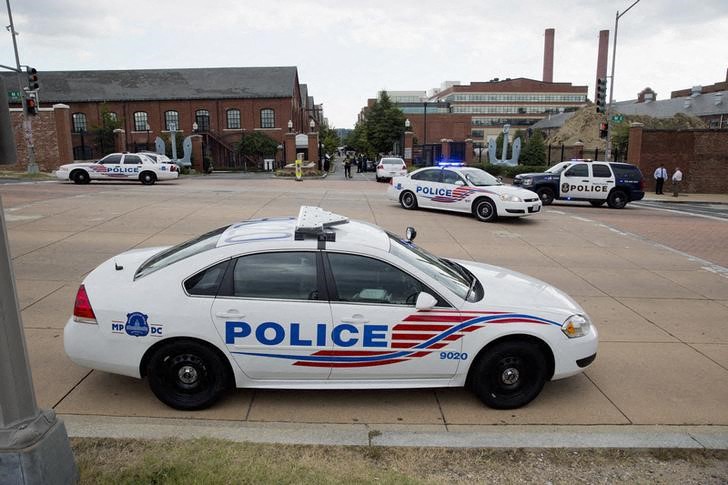 A recent federal appeals court ruling calls into question the legality of gang databases and how law enforcement agencies around the country use lists of mostly Black and Latino men and boys to target policing activity, from stop-and-frisks to deportations.

A panel of judges on the First U.S. Circuit Court of Appeals on Jan. 10 ruled that federal immigration officials shouldn’t have relied on the Boston Police Department’s gang database to determine that a Salvadoran teenager was a member of MS-13 and to deport him.

The Boston Police Department labeled Cristian Diaz Ortiz a member of the dangerous gang based on what the court described as normal teenage behavior – hanging out with friends around his neighborhood – and encounters with police that didn’t result in criminal charges.

The appeals court ordered reconsideration of his asylum claim in an en banc decision, citing “[f]laws in that database, including its reliance on an erratic point system built on unsubstantiated inferences.”

The court’s ruling states plainly that law enforcement agencies violate federal regulations if they gather “criminal intelligence” information without reasonable suspicion that a person is actually involved in criminal conduct. That practice has been standardized for gang databases at police departments around the country, according to much public reporting, legal research and state audits. And, moreover, the analysis of the First Circuit judges suggests potentially more serious constitutional violations are embedded in the processes of many departments’ gang databases.

The Washington Lawyers’ Committee for Civil Rights and Urban Affairs sued Washington D.C.’s Metropolitan Police Department this month for an allegedly illegal stop-and-frisk of a Latino man, which it claims is part of a pattern exacerbated by the city’s gang database. Carlos Andino, a lawyer for the group, told me they believe D.C. police’s gang database is probably unconstitutional. The First Circuit precedent is “promising for future challenges to these databases,” Andino said.

Police department representatives in Boston and D.C. didn’t respond to my requests for comment.

Thomas Nolan, a professor at Emmanuel College and former Boston cop, testified on behalf of Diaz Ortiz. Nolan worked in Boston's gang unit before moving to the Department of Homeland Security’s civil rights offices, where he conducted training on the regulations for criminal intelligence databases. I asked him about departments’ adherence to those federal regulations (28 C.F.R. Part 23).

“I would say that almost none are compliant,” Nolan said. “They’re not meeting the burden of reasonable suspicion that the person is engaged in criminal activity, and that the criminal conduct is related to the gang or organization.”

Over the past three decades, gang databases in numerous jurisdictions, including Minneapolis, Denver, Charlotte, North Carolina, and Boston have been criticized for racial profiling and widespread inaccuracy.

Individuals added to the databases face serious repercussions, including immigration consequences, targeting by police and harsher charges and sentences. Studies have even shown that gang database information is sometimes shared with employers, landlords, and administrators in public housing and schools, according to a 2015 law review article by Loyola Marymount University Law School professor Kevin Lapp.

In the 1990s, 47% of young Black men in Los Angeles County were considered gang members by the police, and Denver police listed about two-thirds of that city’s young Black men in its gang database, according to research by Babe Howell, a law professor at the City University of New York School of Law. Many of those names were removed from the lists after public outcry. For example, Denver purged the names of 3,747 people -- more than half the original entries -- in 1994.

A 2015 analysis by Los Angeles government examiners found that children as young as a year old were being included in lists of gang members, which led to the prosecution of police officers for falsifying records, the Los Angeles Times reported June 2020. A 2019 review by Chicago’s Office of Inspector General found similar systemic issues.

The upshot of the collective research is that law enforcement agencies create the databases and rules for their use, and they determine criteria for inclusion. Those criteria are typically unrelated to criminal conduct and are more focused on how a person looks, acts and whom they associate with. They’re similar, sometimes identical, around the country.

D.C.’s database, for example, uses a similar point system and virtually the same criteria for inclusion as the Boston database that the First Circuit called “erratic” and “haphazard,” according to a Jan. 9 report by The Intercept. Roughly 88% of the more than 3,500 entries involve Black people, including hundreds of juveniles -- even though they make up just 46% of the district's population.

Individuals can be labeled gang members if they meet two of seven criteria, including being seen with anybody deemed a gang member, if they’re identified as a member “by an unproven informant,” or based on their tattoos. If people meet just one of the criteria, they can be included as "gang associates."

According to the First Circuit’s opinion, some of those criteria actually violate federal regulations and also raise constitutional concerns: Most of the information in Diaz Ortiz’s police files “should not have been included at all, regardless of the significance attributed to them,” the court wrote. “Simply associating with people who may be engaged in criminal activity is not enough."

Nolan said that "freedom of association is a constitutionally protected activity under the First Amendment, and that’s lost” when police departments establish procedures for their gang databases.

The First Circuit declined to answer that question, in part because the Boston Police Department amended its database rules in June last year. The new rules clarify that Bostonians won’t be deemed gang members solely on the basis of a police officers’ casual observations during random, non-arrest stops.

There remains a gaping open question, then, about many police departments’ practices related to their gang databases. Still, the continuing scandals and the First Circuit’s precedent suggest that many departments around the country will soon have to make foundational changes, or stop using their current gang databases entirely, in order to avoid lawsuits.