D.C. Attorney General Karl Racine is calling for a change in leadership at the troubled Department of Forensic Sciences.

D.C. Attorney General Karl Racine is calling for a change in leadership at the troubled Department of Forensic Sciences.

In letter to D.C. Mayor Muriel Bowser Wednesday evening, Racine wrote, “I do not believe that DFS can be rehabilitated under its current leadership and write to request that you take immediate action to remove DFS leadership.”

Dr. Jenifer Smith, a veteran FBI special agent and DNA expert, has run the District’s crime lab since being appointed to the position by Bowser in 2015.

In recent months, Smith and other senior leaders at the agency have come under intense scrutiny. The lab had its accreditation to perform a wide range of forensic testing revoked last month and remains under criminal investigation over its handling of an error in a ballistics case. 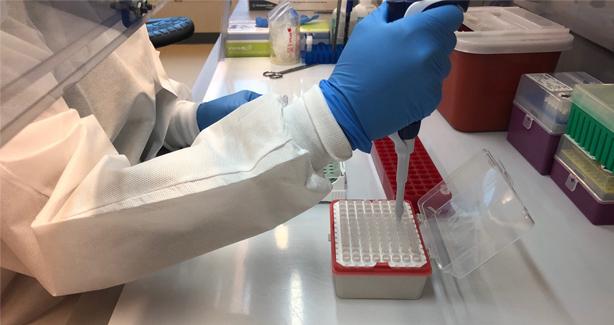 In his letter, Racine pointed to additional previously unreported issues at the lab that have only recently come to light, and “which further undermines our confidence in the lab,” he wrote.

The new issues included botched fingerprint examinations by a senior examiner that have forced the re-examination of at least 20 cases by outside labs. At an April 30 meeting of the lab’s Science Advisory Board, DFS officials said they were also sending out dozens of additional cases to be reviewed by outside labs to discover how far-reaching the issue ran through the unit.

In addition, Racine said the lab disclosed to his office on May 7 that it had opened an internal investigation into 10 members of its Crime Scene Sciences division.

“It is now clear that the issues at DFS are deep and broad and require a change in leadership to repair … It no longer is credible that DFS can conduct an internal investigation of the latest quality and integrity issues that will have the confidence of stakeholders and the public,” Racine wrote in the letter.

Racine joins D.C. Council member Charles Allen, who chairs the Committee on the Judiciary and Public Safety, in calling for Smith to be replaced amid a series of deepening issues at the lab.

Racine’s office, along with the U.S. Attorney’s Office for D.C., began probing the forensics lab last year after the discovery of an error in the lab’s Firearms Examination Unit that linked cartridge casings from two different crime scenes to the same gun.

A team of experts hired by both offices concluded the casings were not fired in the same gun. The same team of experts, asked to look into how the lab handled the error, alleged that lab managers sought to conceal conflicting findings, including exculpatory evidence, from prosecutors and the lab’s accrediting body and pressured an examiner to change his conclusion.

That probe eventually spiraled into a criminal investigation, which is being carried out by the D.C. Office of Inspector General.

Due to those allegations, the lab lost its accreditation to perform a wide range of forensic testing in April. Since then, most crime scene evidence is being analyzed by private labs and the Bureau of Alcohol, Tobacco, Firearms and Explosives.

“We must begin the process of restoring confidence in the District’s crime lab,” Racine wrote in the letter. “The Office of the Attorney General stands ready to work with you and our law enforcement partners to help chart a path forward. But the process must begin with a change in DFS leadership.”

The attorney general, who testified about the lab’s troubles at a D.C. Council oversight hearing late last month, said his office was already beginning preliminary work identify past convictions in which DFS examiners conducted scientific analyses.

He said the allegations against the lab call into the question “the integrity of scientific evidence in the District’s most serious criminal cases, faith in the validity of criminal convictions and public safety in the District of Columbia.”

For her part, the mayor has appeared reluctant to give a definitive answer whether she still has confidence in the leadership of the agency.

Asked last week, Bowser said, “I think we have a question to ask ourselves as a District, and that is if we want a independent forensics lab or not. And to be honest with you, the questions around that, I am still wrestling with.”

Many big city forensic labs are situated within police departments. D.C.’s was set up in 2011 to be an independent agency.