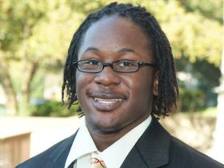 A veteran Columbus Division of Police detective was notified this week that he would be placed on an eight-day, unpaid suspension.

Det. Ralph Taylor is accused of buying and using marijuana.

Taylor was featured in a 10 Investigates report in 10TV News’ primetime special, 10TV News Presents, on the search for the killer of Dennis Lewis.

According to the report, Taylor "purchased marijuana while off duty" and "smoked" it last March.

An investigation was launched after he tested positive for marijuana during a random drug test in April 2012.

A decision was made to suspend Taylor for 40 hours for breaking "federal, state and local laws." He also was suspended for an additional three days for breaking Columbus Division of Police rules of "conduct on alcohol/drugs."

10TV News learned that Taylor will serve out his disciplinary action this week.

A spokesman for the local chapter of the Fraternal Order of Police, which represents the officer, said Taylor has not contacted them to appeal the disciplinary action.