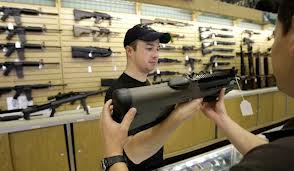 Friday's tragic shooting in Connecticut comes just days after a federal appeals court threw out the state of Illinois' ban on concealed carry and people on both side of the issue are reacting.

"I do think that the best way to go includes a ban on assault weapons and high capacity ammunition magazines that oftentimes go with those weapons," Quinn said.

Rutherford, a downstater who might run for governor next year, supports regulated concealed carry. He says added restrictions firearms will not prevent tragedies like today's in Newtown, Connecticut.

"For the person to say that the gun is the problem, I do not agree with them," he said.

Illinois firearm politics were further complicated last week when State Senator Donne Trotter, a concealed carry opponent, was arrested for trying to board an airplane with an unloaded handgun and bullets in his garment bag.

But Mayor Rahm Emanuel said Friday's massacre clarified the issue as he hoped the victims did not die in vain.

"I think it's incumbent upon us today to remember them, to put them in our prayers rededicate ourselves to making sure that our laws reflect what is important to us," he said.

So far, the Illinois Attorney General's office has given no indication it will appeal the federal court ruling to allow concealed carry. So for now, the clock is running on the general assembly to write a new law.

There is always a resurgent interest in gun control following a mass shooting, but that interest always wanes in a few weeks. Time will tell if this one will be any different.