O.U. STUDENT ARRESTED FOR ARSON, UPON RETURNING FROM BAHAMAS 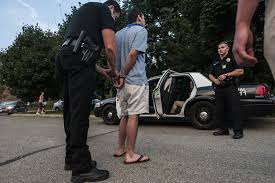 An Ohio University student just back from the Bahamas has been charged with arson and burglary, accused of burglarizing an off-campus fraternity house and setting a fire there on Dec. 29.

Michael A. Carson, 22, of Athens, who was arrested as he exited his plane at Port Columbus International Airport on Friday, is being held at the Franklin County jail pending extradition to Athens County, county Prosecutor Keller Blackburn said.

Blackburn said he expects to take the case to a grand jury soon.

Carson was charged with the second-degree felonies on Friday in Athens County Municipal Court, and an arrest warrant was issued, records show.

He had been on a vacation in the Bahamas, Athens police said in a news release.

No one was home at the Theta Chi fraternity house at 117 E. State St. in Athens when the burglary and fire occurred. The fire was set on the back porch.

Images of a man police said is Carson were captured on video surveillance at the fraternity house and were posted on social media — which, police said, produced tips that helped them identify the suspect.

Read More About O.U. STUDENT ARRESTED FOR ARSON, UPON RETURNING FROM BAHAMAS...