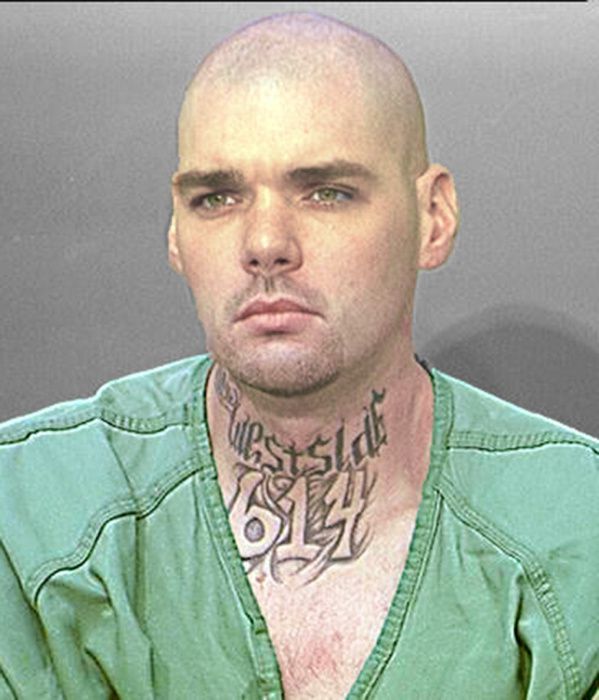 A 31-year-old man was convicted yesterday of murder in the shooting death of a fellow drug dealer during a robbery 19 months ago in a South Side trailer park.

Sept. 18 by Franklin County Common Pleas Judge Kim Brown. Stephenson is to receive a mandatory sentence of life in prison with no chance of parole for

15 years for the murder of 40-year-old Christopher Manley.

The jury also convicted Stephenson of two counts each of kidnapping and aggravated robbery, which carry a maximum sentence of 11 years each, and one count each of tampering with evidence and illegally possessing a gun, which carry maximum sentences of three years each. He could face additional time for six gun specifications returned by the jury.

The jurors, who deliberated for about 12 hours over two days, rejected Stephenson’s claim that he had killed Manley in self-defense during a struggle over a handgun that Manley pulled on him.

Stephenson testified that he went to Manley’s home at 1049 Harmon Ave. in the Caravan Village trailer park on Jan. 28, 2013, to discuss a drug-dealing partnership, but that Manley confronted him about counterfeit money that Stephenson gave him in a previous drug deal. He said the struggle began when Manley pointed a gun at him in the kitchen.

That account was disputed by Manley’s uncle, Henry Romine, who also lived in the trailer. He testified that Stephenson grabbed a handgun from a kitchen table in an attempt to rob them and shot Manley when he resisted. Romine said Stephenson forced him at gunpoint to hand over a hard drive containing video from the trailer’s surveillance system.

Stephenson admitted during his testimony that he pointed the gun at Romine after the shooting, grabbed a bag of marijuana from a table as he fled the trailer, and eventually threw the gun out a window of a car driven by his girlfriend.

He testified that he didn’t contact police about the shooting because he has a lengthy criminal record and "I’m not supposed to be around any kind of drug activity or guns."

The girlfriend, who was waiting for Stephenson in a car during the shooting, testified that he ran from the trailer with items in a pillowcase and didn’t tell her what had happened inside but demanded that she take him to a motel instead of home.

Romine testified that Stephenson pointed the gun at him and pulled the trigger, but the gun didn’t fire. The jurors acquitted Stephenson of attempted murder. They also acquitted him of aggravated murder, which required finding that he killed Manley "with prior calculation and design," not on the spur of the moment.

About 10 hours into their deliberations, the jurors told the judge and attorneys that they were deadlocked on the two kidnapping counts, which accused Stephenson of restraining both men at gunpoint. The judge instructed the jurors to keep deliberating, and they reached verdicts on all counts about two hours later.

In closing arguments on Monday, Assistant Prosecutor Doug Stead said Stephenson’s actions, from fleeing the scene to disposing of the gun, weren’t those of a man who fired in self-defense.

Defense attorney Adam Nemann told jurors that the case "came down to who you believe" and that "not a single lay witness for the prosecution told you the truth."