During a lecture at the University of Florida on Jan. 20, retired Supreme Court Justice John Paul Stevens acknowledged evidence that proved "beyond a shadow of doubt" that Texas executed an innocent man in the 1980s.

Stevens referred to a book The Wrong Carlos by Columbia Law School professor James Liebman, saying that it had sufficiently demonstrated that "there is a Texas case in which they executed the wrong defendant and the person they executed did not in fact commit the crime for which he was punished."

The Wrong Carlos "uncovers evidence that Carlos DeLuna, a poor Hispanic man with childlike intelligence who was executed in Texas in 1989, was innocent," according to the book’s website. 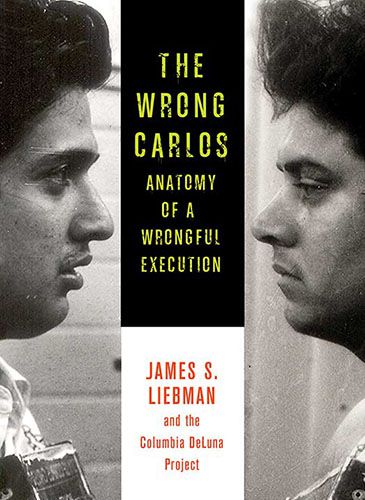 De Luna, 27, was executed in 1989 for the murder of Wanda Lopez, a convenience store clerk, during a 1983 robbery in Corpus Christi.

Sixteen years after Texas, which holds the country’s most active death chamber, executed De Luna, the Chicago Tribune published a three-part investigative series uncovering evidence that strongly suggested that a man named Carloz Hernandez was the one who murdered Lopez.

The series was based on a comprehensive investigation into De Luna’s case by the Columbia DeLuna Project led by Liebman.

The Tribune interviewed Hernandez’s relatives and friends who recounted how "the violent felon repeatedly bragged that De Luna went to Death Row for a murder Hernandez committed."

The newspaper investigation, involving interviews with dozens of people and a review of thousands of pages of court records, shows the case was compromised by shaky eyewitness identification, sloppy police work and a failure to thoroughly pursue Hernandez as a possible suspect.

In 2006, U.S. Supreme Court Justice, Antonin Scalia, famously said that there had not been a single case of an innocent man being executed.

Scalia stated, "[There has not been] a single case – not one – in which it is clear that a person was executed for a crime he did not commit. If such an event had occurred… the innocent’s name would be shouted from the rooftops."

Stevens, while referring to Scalia’s comments, said, "But now I think Jim (Liebman) has found a case that one cannot deny."

In advocating for abolishing the death penalty, Stevens said, "I think it’s a sufficient argument against the death penalty… that society should not take the risk that that might happen again. Because it’s intolerable to think that our government, for not really powerful reasons, runs the risk of executing innocent people."