POLICE MISCONDUCT CASES IN COLUMBUS: fewer than other cities 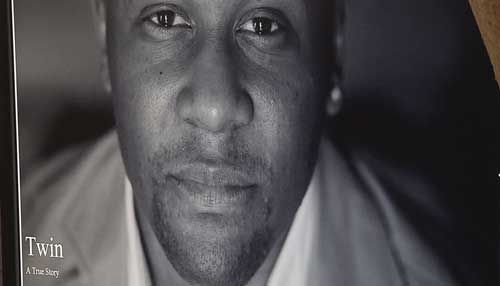 As images of police brutality and questionable police shootings have sparked nationwide protests, Columbus officers appear to be on more-stable footing with the community that they are sworn to protect.

Since 2010, city records show, Columbus has settled 24 lawsuits or claims of police misconduct or civil-rights violations, resulting in $1.9 million in payouts, far less than payouts in other cities where protests have erupted.

Chicago spent $84.6 million on police-misconduct and civil-rights payouts in 2013 alone.

The number of lawsuits, experts say, is a key indicator of the type of police force a city employs and how it interacts with the community.

Another factor is the number of citizen complaints made against police each year. Columbus also fares well in that category compared with those other large cities.

Last year, Columbus officers responded to more than 655,000 emergency calls and had thousands more uncounted, impromptu stops or interactions with the public. Those responses generated 314 complaints, or about 0.05 percent of all runs. That percentage is significantly lower than in Baltimore, Chicago and Dallas.

Columbus officials and police said the city is more stable for several reasons.

The biggest, they said, is a training program in which assistant city attorneys use videos of wrongdoing and questionable actions by Columbus police officers to teach officers a better way.

“It makes them stop and think about these issues: Is it over the line, and why is it over the line?” said Jeff Furbee, an assistant city attorney and the Police Division’s legal adviser. “It’s painful sometimes for the officers.”

Furbee said he and officers also spend what he described as a “considerable amount of time” during the training sessions discussing proper policing of people with mental illness.

Furbee and his staff also send out monthly updates on new case rulings that change the way laws are interpreted, and they inform officers of new standards they must follow.

He also sends out a question-and-answer email posing scenarios that officers have discussed or that are in the news. The answer explains how officers are supposed to conduct themselves under state law.

Those topics include the small: Where may a Car2Go vehicle park that other cars can’t? And the serious: How should officers respond to someone riding a motorcycle with a visible gun?

Police Chief Kim Jacobs requires every officer, herself included, to go through the training.

Jacobs said Furbee’s training, along with other in-service programs that police receive, is unparalleled among large departments.

“I think our officers are well-trained,” said Officer Jason Pappas, president of Fraternal Order of Police Capital City Lodge No. 9. “We also get a bunch of other legal updates on a regular basis from the city attorney’s office, and I think that and those trainings are paying off.”

Another reason Columbus has avoided the problems in other cities: Jacobs is unwilling to tolerate dishonest cops.

Shortly after she became chief in 2012, she got a provision put into the police union contract that allows the division to keep a list of officers who have been caught doing anything dishonest, such as lying. Jacobs wanted the list so she could be aware if an officer on the list was vying for a promotion or a job transfer to a detective position.

A law requires police departments to notify the court and prosecutors if an officer who is to testify was ever found to have knowingly lied. Defense attorneys can use the dishonesty charge to upend a case and the division’s credibility during a trial.

“That gets around to the other officers, and most of our officers behave with the professionalism required,” Jacobs said. “When we find out about things, we take appropriate corrective action.”

Jacobs also helped launch the division’s Facebook page that provides details of shootings, wanted criminals or heroic acts by officers. She went on a community listening tour in several neighborhoods this year and has decided to continue holding the community meetings.

The city also might see fewer lawsuits filed against it because City Attorney Richard C. Pfeiffer’s office has established a reputation among lawyers that the city will fight when officials believe that a lawsuit is frivolous.

“Take it from somebody who deals with cops every day on this stuff; we have a police force of which this city can be proud,” said a lawyer who has sued the city for officer misconduct. “It helps that the city also has a city attorney’s office that is very smart and professional.”

The claims and lawsuits that led to payments by Columbus include improper use of force, improper arrest and one involving a woman who was hit by a stray bullet during a police shootout.

Nearly half of Columbus’ payout total since 2010 went to Derris Lewis, who was improperly arrested and jailed during the investigation of the murder of his twin brother, Dennis. In that case, the city admitted it made a mistake and apologized.  His attorney, Adam Lee Nemann, acknowledges the low number of cases as compared to other cities we have seen.  However, he cautions that it is only a matter of time before police misconduct incidents come to the forefront again; Nemann negotiated a settlement of $950,000 on behalf of his client- the largest wrongful imprisonment settlement in Columbus' history.

But not all settlements come with an apology or an admission by the city of wrongdoing.

Oscar Vega and his wife, Peggy, were walking in a Downtown parking garage late at night as bars were closing. The couple got into an altercation with a woman who they said then tried to hit Mr. Vega with her car.

He tried to tell six nearby police officers about the altercation but felt he was being ignored. He and the officers began arguing, and police used a Taser on him. His wife said officers sprayed her with pepper spray.

Mr. Vega was arrested, but a charge of disorderly conduct was later dismissed. He and his wife sued the city and received $40,000. The city admitted no wrongdoing, and public-safety officials decided the cost to defend the lawsuit would have exceeded the settlement payout. None of the officers was disciplined.

One of the costs the city attorney’s office considers is that Columbus would be responsible for paying the plaintiff’s legal fees if a judge or jury finds that the city was negligent and awards compensation.

“Because of the guaranteed fees, settlements are sometimes made early in a case to avoid paying greater attorney fees, despite there might be no wrongdoing,” said George Speaks, public-safety director. “You have to factor that in.”

During the Columbus mayoral primary, Democratic candidate James Ragland was outspoken about police actions and the need to improve relationships with the community. He proposed setting up an independent citizen review board and having all officers wear body cameras.

Recently, Mayor Michael B. Coleman announced that the city will explore using body cameras but needs guidelines from state lawmakers on what footage would be considered a public record.

Ragland agreed that Columbus does not have the same problems as some other big cities, but he said there is mistrust between members of the black community and police because not enough officers show respect.

“I do believe that what is recognized in Columbus is there are problems bubbling under the surface,” he said. “We are feeling oppressed by police, and what the black community hears from police is ‘Comply, comply, comply.’ Compliance begins with respect.”

Jacobs said she heard that sentiment while on her listening tours this year, and officers have received training on the issue during the past several months.

Read More About POLICE MISCONDUCT CASES IN COLUMBUS: fewer than other cities...