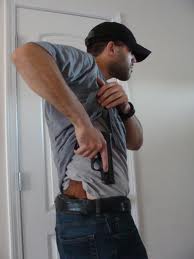 The new gun bill that Gov. John Kasich is poised to sign includes something unusual in Ohio law: a "do-over" for past violators of firearms-in-vehicles rules.

Senate Bill 17 would allow concealed-carry permit-holders to take guns into bars, restaurants and stadiums that serve alcohol, unless those venues post prohibitions. It also includes an expungement process so that past violators of sections of the law related to possession of firearms in vehicles could have their criminal records wiped clean, or, in the words of the law, "permanently irretrievable."

The procedure is unusual as part of new legislation, most of which sets law going forward, not backward. Officials in Attorney General Mike DeWine's office said a reach-back provision is rare in Ohio law.

Obhof said he decided to submit an amendment after learning that Ohio has restrictions related to firearms in motor vehicles that other states don't.

"My view of this is we're making this legal now, and it shouldn't have been illegal in the first place, so why not give these people a fresh start?" Obhof said.

Statistics were not immediately available concerning the number of cases that would be affected by the expungement provision.

Lt. Anne Ralston of the State Highway Patrol said the patrol filed 301 weapons-related charges last year and 304 in 2009, the vast majority in traffic stops. They involved charges of carrying a concealed weapon without a permit, having a weapon under disability, having a weapon while intoxicated and improper handling of a firearm in a motor vehicle.

The patrol has issued 147 citations this year.

In all likelihood, the expungement procedure would apply only to charges related to improper handling or possession of a firearm in a motor vehicle. The bill sets no time limit about how long ago the violation occurred.

It repeals previous provisions that required guns to be in a holster or a locked case or in plain sight in the vehicle. Loaded guns are allowed but still cannot be touched or held in a motor vehicle.

To obtain an expungement, someone would have to apply to the sentencing court and pay a $50 fee. The court would set a hearing. If the judge, in consultation with the prosecutor, determined the law change applied to the applicant, a records expungement could be ordered.

The attorney general would be responsible for putting out a media advisory to newspapers and television stations summarizing the procedure.