Juveniles Have the Right to Remain Silent, But How Often Do They Exercise It? 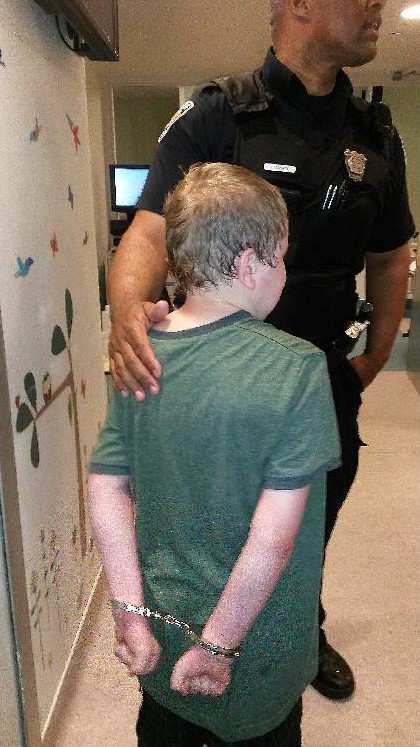 Attorney Sherri Jefferson still remembers a juvenile criminal case that, she says, "really works me up."

Her 14-year-old client, suspected of participating in an armed robbery that led to murder, did something unusual for someone his age: He asked questions when the police read him his Miranda rights.

He asked what the “right to remain silent” meant; the officers couldn’t explain it beyond what was on their card. He asked whether he could have his parents with him; they said no (which is legally permissible in Georgia). And when he asked what it meant that anything he said could be used against him, the officers said he could get into trouble regardless of whether he talked.

“He said, ‘They just kept asking me questions, even after they told me that I could stay silent. So I just kept answering their questions,’ ” says Jefferson, who practices through her Warner Robins, Georgia, law firm, the Family Law Center, and the nonprofit African American Juvenile Justice Project.

Jefferson moved to suppress the confession, but the client’s intelligence worked against him; the judge said it showed that the confession was voluntary. Ultimately, he and several others were convicted.

Though it was unusual that Jefferson’s client asked questions, it was not at all unusual that he needed to. Fifty years after the U.S. Supreme Court’s landmark decision in Miranda v. Arizona, and 49 years after In re Gault, the case that extended Miranda rights to juveniles, police routinely Mirandize kids. But juvenile advocates say it’s rare to find a youngster who understands those rights.

The ABA in 2010 passed a resolution urging governments to develop simply worded Miranda warnings for juveniles. But not much happened until last February when New York state Sen. Michael Gianaris, a Democrat from Queens, introduced a bill mandating simple language for law enforcement to use when Mirandizing juveniles. Gianaris, a lawyer, says the ABA resolution was part of what inspired him to take this up.

“It’s very hard for someone to argue that we shouldn’t make sure that young defendants understand their rights,” he says. “And the first level of conversation is always a discussion about whether the existing Miranda warning is easy enough to understand, but the data is clear that it is not.”

Research shows that juveniles waive their Miranda rights at extremely high rates, with several studies putting it at roughly 90 percent. Yet it’s not clear that these kids understand what they’re giving up.

Researchers Richard Rogers of the University of North Texas, Eric Drogin of Harvard Medical School and others looked in 2014 at the wording of 371 juvenile Miranda warnings from around the country. (There’s no set script for the warnings, and wording varies widely.) They found that 52 percent required at least an eighth-grade reading level. In an interview, Rogers adds that the stress of being arrested probably reduces comprehension by at least 20 percent.

Working memory also matters, says Rogers. An upcoming study he conducted shows that juvenile offenders were able to remember an average of just 32.3 percent of a simple Miranda warning immediately after hearing it read aloud.

The age of adolescents also makes them easier to coerce – and a police interrogation already is pressure-filled.

The findings from Rogers and his colleagues are reflected in the experience of practitioners like professor Randee Waldman of Emory University School of Law, who helps students represent juveniles through the school’s Barton Child Law and Policy Center. Most of her clients are in DeKalb County, Georgia, where officers often read a Miranda warning written in the first person—that is, it says “I have a right to remain silent.” Kids find that confusing, Waldman says, and courts have asked the police to do better.

Even without the first-person wording, though, it’s not clear that Waldman’s clients understand what they’re being told. She’s asked many clients what the right to remain silent means, and the most common answer is that it means they shouldn’t speak except to answer questions.

“If you think about it, it makes sense,” she says. “‘You have the right to remain silent’ is kind of ‘Don’t talk back to me.’ “

Juvenile defense attorneys have similar stories about their clients’ misunderstandings. Tim Curry, director of training and technical assistance for the National Juvenile Defender Center in Washington, D.C., says many kids have told him that to “waive” a right has something to do with waving a hand. One of Waldman’s clients carefully followed her advice not to speak to the police – until he met a police detective he didn’t interpret as an officer because he was out of uniform.

Many say juveniles also will say whatever they think the interrogator wants to hear, out of the belief that they’ll be able to go home. But it’s far more likely to be used to convict them.

Not only that – defense attorneys often have a hard time getting those statements suppressed. “Unless there’s some documentation, unless you can actually show in an evidentiary hearing that the child did not make a voluntary [statement],” says Kaban, “you’re going to lose.”

The New York bill seeks to address the problem by mandating standard and easy-to-understand language for all officers in the state to use when giving the warnings to juveniles. If the language isn’t used, any confession police elicit would be considered involuntary. The language was adapted from a set of model warnings in a 2008 paper co-authored by Rogers.

No other state has passed or considered such a law, as far as Gianaris’ staff was able to tell, but Curry says other jurisdictions are tackling the problem from a different angle. In New Mexico, for example, confessions by children under 13 are not admissible in court under any circumstance. At ages 13 and 14, confessions are presumed inadmissible, but prosecutors may rebut that. For ages 15 and up, courts must consider age, custody status, how the rights were read, circumstances of questioning and whether a parent or attorney was present.

Meanwhile, Wisconsin forbids courts from admitting any juvenile confession that was not recorded by police. And in Illinois, confessions of juveniles under 13 charged with any crime are not admissible unless an attorney was present at the confession. A bill introduced in the Illinois Senate last March would extend that rule to juveniles of any age.

The Supreme Court could make a national rule in its next term if it grants review in a pending case, Joseph H. v. California. Ten-year-old Joseph killed his abusive neo-Nazi father as the father slept off a night of drinking. Joseph had been diagnosed with developmental and learning problems, had been exposed to drugs in the womb and was being home-schooled by his father, a high school dropout. He was questioned with no friendly adult present except his stepmother, who was also a suspect.

Despite those circumstances, California courts found Joseph’s Miranda waiver was knowing, intelligent and voluntary. In their January petition for certiorari, Joseph’s attorneys asked the Supreme Court to rule that a waiver by a 10-year-old without an attorney or “other appropriate adult guidance” is invalid.

“This is a stunning example of why we should worry about whether kids can understand Miranda warnings,” says Marsha Levick, who submitted an amicus brief, urging the court to take Joseph H.’s case, on behalf of the Juvenile Law Center in Philadelphia.

“You don’t need to be a rocket scientist to know that there’s no way that he understood what any of those rights mean.”