WHO SHOULD SEE RECORDINGS FROM POLICE BODYCAMS? 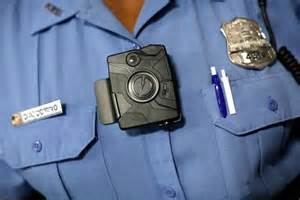 With the LAPD giving bodycams to all of its police officers, policymakers in this city are confronting some thorny questions about the footage. Say a woman is burglarized by culprits who force her to strip naked and tie her up. A witness sees them fleeing and calls 911. The police arrive minutes later, untie the woman, and help her into some clothes. Should the video from the bodycams worn by the cops be considered a public record such that anyone can get a copy?

A week later, one of the same police officers is the subject of a complaint by a person who claims to have been sexually harassed and groped while trying to file a police report. On the advice of her attorney, that accuser demands to see all available bodycam footage generated by that police officer going back 6 months. Should she be entitled to access it? Should the police department or the city decide what videos it will release despite its bias-inducing liability if wrongdoing is discovered?

Say that the police officer who was accused of sexual harassment and groping himself requests access to all footage generated while he responded to prior calls from women.

To what should he be entitled?

Now imagine that two years have gone by. A researcher from a well-regarded criminology department at a nearby university wants access to all bodycam footage to complete a study on body language as an early indicator of violent situations. Should access be offered to the academic and her grad students for scholarly purposes?

Body cameras show tremendous promise as a tool to improve policing in the U.S. The first randomized, controlled trial of the technology found that it halved the use of force by police officers and sharply reduced citizen complaints. Anecdotally, their presence seems to improve the behavior of cops and civilians alike. Even acknowledging the privacy dilemmas that they create, they're a least bad option.

Since their promise is precisely that abusive police officers won't be able to hide their misbehavior, law enforcement cannot be allowed to decide what footage to withhold.

Yet even most transparency advocates wouldn't want a naked burglary victim's footage uploaded to YouTube. "People invite us into their homes on their worst possible day, and I don't think they invite us with the intention of having that interaction made public," LAPD Chief Charlie Beck said. "Families call us when they're in crisis. Victims call us when they've had horrific things done to them by evil people. To make those things public re-victimizes them and doesn't serve justice." And that is hardly the end of circumstances where footage would best be left unreleased. Say, for instance, that homicide detectives are canvassing the residents of an apartment complex for information about a murder that happened the prior evening. In gang territory or a neighborhood with a strong norm against "snitching," the thought that any criminal enforcer could send someone down to the police video library to see who cooperated with the cops would be chilling. What would a Stringer Bell or Tony Soprano do with such access?

The ACLU has as good an answer as any I've seen to the difficult question of when police should have to begin recording themselves: "They should require that a police officer activate his or her camera when responding to a call for service or at the initiation of any other law enforcement or investigative encounter between a police officer and a member of the public. That would include stops, frisks, searches, arrests, consensual interviews and searches, enforcement actions of all kinds, and any encounter that becomes in any way hostile."

After reflecting on the choices before policymakers, Kevin Drum offers some tentative advice about who should have access to footage after it has been recorded:

He adds, "the fundamental question underlying all of this is: Who decides? Not the police themselves. Maybe judges? An independent agency? But if it's an agency, how do you prevent it from becoming captured by the police department?" The answer, I think, is to empower several sorts of decision-makers to liberate footage, so that if any are captured, that would be exposed or mitigated.

1) Any member of the City Council or the LAPD's civilian oversight board has access to any body camera footage and the ability to release that footage to the public.

2) Los Angeles residents have access to any footage in which they appear.

3) Police officers have access to any footage that they record, but only after they've given a statement or filed a report in the subset of circumstances where that applies.

4) Members of the public who appear in body camera footage can request that it be sealed in certain cases—if they are a crime victim or witness, for example—but if no civilian in a video objects, then any member of the press or public can at least view it.

Consider my suggestions tentative too. It will doubtless take time to figure out exactly how these decisions can best be made. And, of course, actual policies will also turn on questions about public records laws in various states and how the courts interpret them as this sort of footage becomes ubiquitous in L.A. and beyond.

Alongside these thorny questions, there is one obvious imperative: The policies that police agencies adopt around body camera footage, whatever they dictate, ought to be public. But all too often, law enforcement agencies are unwilling to share their rules, as an ACLU staffer found when he contacted many of them with questions:

Only five of these thirty departments sent me their policies. The remaining twenty-five cited various reasons for not doing so: one department told me that they couldn’t share their policy as it was still in draft form; four reported having no policy; and four required a more formalized public records request in order to access the policy. The remaining sixteen departments either responded stating categorical unwillingness to send their policy, or simply did not respond. It’s also worth mentioning that of the five policies that we did receive, only one was publicly available on the police department’s website.

Many departments are still struggling to figure out how to integrate the cameras into their work. Many, commendably, have reached out to ACLU affiliates and other community stakeholders for input into their policies. But for a department to seek to keep its policy on this new technology secret is unacceptable. Now more than ever, we the people have the right not only to see these policies, but to be certain that they do in fact exist. Transparency is the only way that the public can be sure that body cameras will be used as a check against the abuse of police power, as opposed to yet another tool to increase that power.

If police chiefs won't tell, maybe they should be outfitted to wear cameras too.