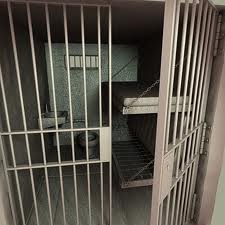 Hailed by supporters as a pivotal moment in the movement to create a more fair justice system, endorsed by an unlikely alliance that includes President Donald Trump and the American Civil Liberties Union, the First Step Act is a bundle of compromises. As it makes its way through Congress it faces resistance from some Republicans who regard it as a menace to public safety and from some Democrats who view it as more cosmetic than consequential.

What would the bill actually do? The Marshall Project took a close look.

The biggest immediate impact of the bill would be felt by nearly 2,600 federal prisoners convicted of crack offenses before 2010. That’s the year Congress, in the so-called Fair Sentencing Act, reduced the huge disparity in punishment between crack cocaine and the powdered form of the drug. The First Step Act would make the reform retroactive. Those eligible would still have to petition for release and go before a judge in a process that also involves input from prosecutors. With crack’s prevalence in many black neighborhoods in the 1980s, the crack penalty hit African Americans much harder than white powder cocaine users. That disparity has been a major example of the racial imbalance in the criminal justice system.

The First Step Act would give federal judges discretion to skirt mandatory minimum sentencing guidelines for more people. Known as a “safety valve,” this exception now can only be used on nonviolent drug offenders with no prior criminal background. It would expand to include people with limited criminal histories. The Congressional Budget Office estimated that about 2,000 additional people each year would be eligible for exemption from mandatory sentences.

The bill also proposes to ease the severity of some automatic sentences. The mandatory minimum sentence doled out for serious violence or weighty drug charges would shrink by five years to 15 years. The federal “three strikes” rule, which prescribes a life sentence for three or more convictions that include serious violent felonies or drug trafficking, would instead trigger a 25-year sentence. Serious drug felonies that now result in automatic 20-year minimum sentences would be reduced to 15 years. An automatic trigger that adds 25 years if a defendant was convicted of two or more violent or trafficking charges while holding a gun would now apply only to people with prior records of similar offenses. The shortened mandatory sentences would not apply retroactively, which was a sticking point for some law enforcement groups endorsing the First Step Act. Those groups were crucial to winning Trump’s support.

A number of reforms in the First Step Act just attempt to enforce what’s already written into law or policy. They include placing prisoners in facilities within 500 driving miles of their families or homes, requiring the Bureau of Prisons to match people with appropriate rehabilitative services, education and training opportunities and restating Congress’ intent to give prisoners up to 54 days off their sentences for good behavior; the current limit is 47 days. This “good time credit” fix would be retroactive, potentially freeing about 4,000 prisoners.

The bill gives inmates the opportunity to earn 10 days in halfway houses or in-home supervision for every 30 days they spend in rehabilitative programs. There is no limit on how many credits they can earn. Job training and education programs in prison would get $375 million in new federal funding. Churches and other outside groups would also get easier access to prisons to provide programming.

The First Step Act prohibits the shackling of pregnant prisoners, a practice that has been banned by Bureau of Prisons policy since 2008, and promises women free tampons and sanitary napkins.

The Bureau of Prisons is already supposed to be doing many of these things but has ignored Congressional mandates and its own policies, according to a number of federal audits and investigations. The First Step Act calls for greater use of halfway houses and home confinement, the least restrictive form of supervision, at a time when the federal prison system has been systematically dismantling its reentry programs. The proposed new law would also expand eligibility for compassionate release of elderly and terminally ill inmates, which would save the government housing and medical costs. Prison officials already have that authority but they release few who apply, denying thousands, some of whom die in custody.