VENTING ON FACEBOOK OR MAKING THREATS? WATCH WHAT YOU SAY 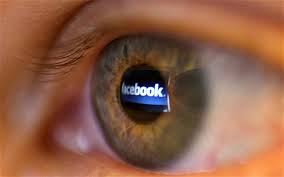 About a week after Tara Elonis convinced a judge to issue a protective order against her estranged husband, Anthony, her soon-to-be ex had this to say:

Is it thick enough to stop a bullet?"

Anthony Elonis didn’t deliver the message in person, by phone or in a note. Instead, he posted it on his Facebook page, for all to see, in a prose style reminiscent of the violent, misogynistic lyrics of rap artists he admired.

In its first examination of the limits of free speech on social media, the Supreme Court will consider next week whether, as a jury concluded, Elonis’s postings constituted a "true threat" to his wife and others.

The issue is whether Elonis should be prosecuted for what he says was simply blowing off steam — "therapeutic efforts to address traumatic events," as his brief to the court says — because what matters is not his intent but whether any reasonable person targeted in the rants would regard them as menacing warnings.

Parties on both sides of the groundbreaking case are asking the court to consider the unique qualities of social media. In this rapidly evolving realm of communication, only the occasional emoticon may signal whether a writer is engaging in satire or black humor, exercising poetic license, or delivering the kind of grim warnings that have presaged school shootings and other acts of mass violence.

Elonis, who has already served prison time for his Facebook posts, and some of his supporters say the court must look beyond incendiary content to discern the writer’s intent.

"Internet users may give vent to emotions on which they have no intention of acting, memorializing expressions of momentary anger or exasperation that once were communicated face-to-face among friends and dissipated harmlessly," said a brief filed on Elonis’s behalf by the Student Press Law Center, the Electronic Frontier Foundation and the writers organization PEN.

Domestic violence experts, on the other hand, say social media has become a powerful tool for dispensing threats.

Victims of domestic abuse, according to a brief filed by the National Network to End Domestic Violence, "have experienced real-life terror caused by increasingly graphic and public posts to Facebook and other social media sites — terror that is exacerbated precisely because abusers now harness the power of technology, ‘enabling them to reach their victims’ everyday lives at the click of a mouse or the touch of a screen.’ "

The case carries wide First Amendment implications for free-speech rights and artistic expression. Briefs laden with the f-word and vulgar references to the female anatomy attempt to provide a crash course on Eminem and Wu-Tang Clan for the justices, whose tastes lean more toward Wagner and Puccini, and illuminate what some scholars say are the misunderstood storytelling attributes of rap.

It is a thoroughly modern case for justices who even eschew e-mail communications with one another but are increasingly called upon to decide issues centered on evolving technology. Last term alone, they decided cases involving cellphone privacy, software patents and cloud-based Internet streaming video.

Solicitor General Donald B. Verrilli Jr., representing the government, offered a basic primer on social media in his brief to the court. "Facebook ‘friends,’" he explained, "generally will have access to each other’s posts and will also see each other’s new content as part of a live newsfeed."

A number of people watched Elonis’s newsfeed with growing alarm during a two-month period in 2010. His wife had left with their two children, and Elonis, then 27 and working at Dorney Park and Wildwater Kingdom amusement park in Allentown, Pa. grew increasingly despondent and angry.

He was fired after co-workers interpreted one of his Facebook postings as a threat to them. He responded: ""Someone once told me that I was a firecracker. Nah, I’m a nuclear bomb and Dorney Park just f----- with the timer."

Elonis’s lawyer in the Supreme Court case, Washington attorney John P. Elwood, noted for the court that the posting was "followed by an emoticon of a face with its tongue sticking out to indicate ‘jest.’ "

In other postings, Elonis suggested that his son dress as "Matricide" for Halloween, with his wife’s "head on a stick" as a prop. He pondered making a name for himself by shooting up an elementary school and noted that there were so many nearby to choose from — "hell hath no fury like a crazy man in a kindergarten class."

That brought a visit from an FBI agent, and the prolific Elonis later recalled that with this posting:

Took all the strength I had not to turn the b----

Pull my knife, flick my wrist, and slit her throat"

There was much more. But Elwood’s brief noted that Elonis created a rapper-sounding pseudonym — "Tone Dougie," a combination of his first and middle names — for his screeds and sprinkled the postings with references to his "art" and First Amendment speech rights.

True, the language of the posts was violent, the brief notes, but the same is true of his hero Eminem, who frequently rapped about violent fantasies about his ex-wife.

"Tone Dougie" posted explicit disclaimers about his "fictitious lyrics" and, according to his brief, made clear that they did "not reflect the views, values, or beliefs of Anthony Elonis the person."

Some courts require prosecutors to show that a defendant intends to make good on warnings in order to obtain a conviction for communicating "any threat to injure the person of another."

But most do not, and the judge in Elonis’s case instructed jurors that the government had to prove only that a reasonable person would view the postings as "a serious expression of an intention to inflict bodily injury or take the life of an individual."

The U.S. Court of Appeals for the 3rd Circuit upheld Elonis’s conviction, and he served more than three years of a 44-month sentence before his release from prison.

The Supreme Court has never given a clear answer as to whether intent must be proven. In a 1969 case, the court ruled in favor of a war protester charged with threatening President Lyndon B. Johnson: "If they ever make me carry a rifle the first man I want to get in my sights is L.B.J."

The court in a brief order said it was clear from laughter both from the speaker and his audience at the antiwar rally that the words were not a true threat.

Elwood said in an interview that one of the things that makes this case important is that there is no way in social media to pick up the "cues and signals" that would indicate whether a speaker is serious or joking, threatening or hyperbolic.

He pointed to the Supreme Court’s language in a 2002 decision about Virginia’s law against cross-burning. The court said constitutionally unprotected "true threats" encompass "those statements where the speaker means to communicate a serious expression of an intent to commit . . . unlawful violence."

Verrilli argued in his brief that this language means only that such statements are a "type" of true threat, not the only type.

"A bomb threat that appears to be serious is equally harmful regardless of the speaker’s private state of mind," Verrilli wrote, adding: "Juries are fully capable of distinguishing between metaphorical expression of strong emotions and statements that have the clear sinister meaning of a threat."

In Elonis’s case, Verrilli pointed out, the jury acquitted him of threatening his amusement park co-workers while finding that the threats against his wife, schoolchildren and the FBI agent were serious.

Some of the images for which Elonis was prosecuted, Nielson said in an interview, are no different from the ones that have won Eminem 13 Grammys.

But the government says the very popularity of rap music shows there is no reason to think that using the reasonable-listener standard would inhibit speech or artistic expression.

"If rap music has thrived . . . a true-threats standard that does not require proof of subjective intent can hardly be thought to chill the speech that petitioner highlights," Verrilli wrote.

"Eminem’s lyrics, Bob Dylan’s music and other examples cited by petitioner do not involve factual backdrops even remotely analogous" to Elonis’s, he said.