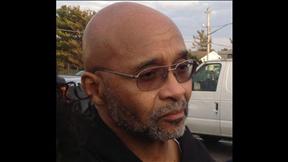 A former Akron police captain has been released from prison just hours after being exonerated by a judge in the murder of his ex-wife.

Doug Prade walked out of the Madison Correctional Institution in London, Ohio at 4:37 p.m.

Summit County Judge Judy Hunter had ordered his immediate release in a 26-page decision handed down this morning. Prade was convicted in the 1997 murder of his ex-wife, Dr. Margo Prade. He had spent nearly 15 years in prison.

The Summit County Prosecutor's Office is appealing Judge Hunter's decision to the Ninth District Court of Appeal. The office had attempted to stay Prade's release but the motion was denied this afternoon and a few hours later Prade was free.

Margo Prade was shot in her minivan outside her medical office on Nov. 26, 1997, the day before Thanksgiving.

Doug Prade's conviction was based largely on a bite mark from Margo Prade's body. One forensic dentist at trial testified the mark came from Doug Prade.

With an attorney from the Ohio Innocence Project as well as co-counsel from the Cleveland based global law firm of Jones Day, Prade argued that new DNA test results would prove he did not kill his ex-wife.

A judge heard expert testimony over several days in October 2012.

In her ruling, Judge Hunter granted Prade's requests vacating his conviction and a motion for a new trial if needed. Hunter went so far as to declare Prade innocent based on the new DNA results.

In her ruling, Judge Hunter says new testing proved the DNA on Margo Prade's lab coat did not come from Doug Prade.

"The Court finds that no reasonable juror, when carefully considering all available evidence in the underlying trial in light of the new Y-STR DNA exclusion evidence, would be firmly convinced that the Defendant Douglas Prade was guilty of aggravated murder with a firearm. Given such a scenario, the outcome of the deliberation on these offenses would be different--the verdict forms would be completed with a finding of not guilty."

"This is a gross misapplication of the law, and we will be appealing Prade's exoneration. The defendant had to present new evidence so convincing that no juror would have found him guilty, and he failed to do so," said Prosecutor Walsh. "The DNA evidence presented by the Ohio Innocence Project on behalf of Prade is contaminated and unreliable. It does not prove innocence."

Walsh argued that, despite the new DNA evidence, there was substantial additional evidence at trial that pointed directly toward Douglas Prade.

She writes: "He was a serial stalker. He tapped her phones and recorded more than 400 of her personal calls. He had verbally abused and threatened her. And we know Margo was afraid of him. Additionally, we have Prade's handwritten tally of the bills he owed subtracted from the life insurance he'd get if Margo died, and we have two eyewitnesses who place Prade at the murder scene. We have not seen any credible evidence that suggests innocence, and we are taking all available actions to keep a dangerous killer off the streets."

If the Court of Appeals reverses Judge Hunter's ruling exonerating Prade, the State has 30 days to file a request for a new trial.