SURVEILLANCE SYSTEMS ARE GETTING SMARTER 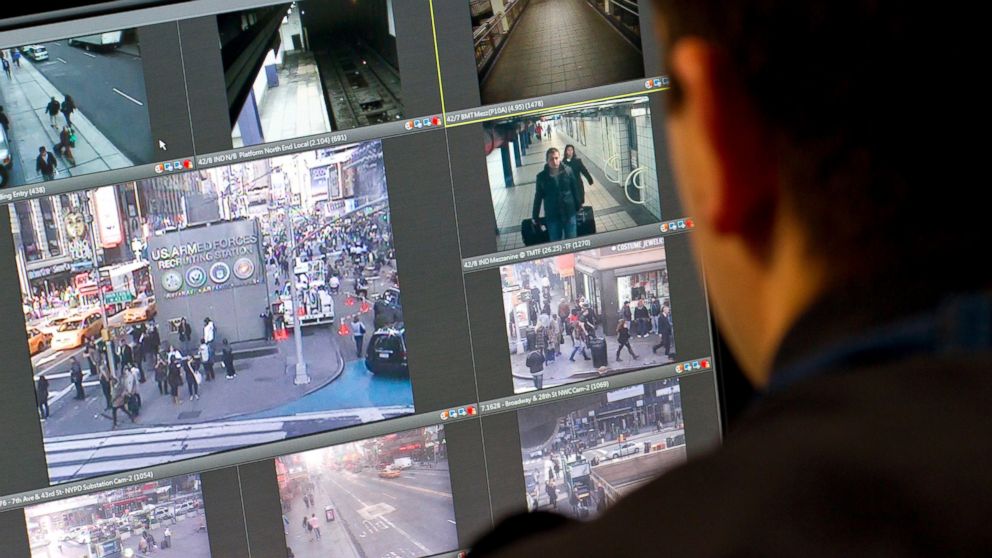 A police officer watches a live video feed from his monitor at the New York Police Department surveillance headquarters in New York, Nov. 22, 2010.

Although many see the loss of privacy as a tragedy, the age of constant surveillance is here. And researchers at many institutions are making cameras smarter and better at picking you out of a crowd and recording where you've been, what you are doing now, and where you are going after you are through.

"Cameras and recording won't go away," said Jenq-Neng Hwang, electrical engineering professor at the University of Washington and lead author of a new study. "We might as well take advantage of that fact and extract more useful information for the benefit of the community."

Hwang's team has developed technology that will allow multiple cameras to follow an individual as he or she moves through a crowd, switching seamlessly from one camera to the next as the target moves from one field of view to another. It can do that, even if the target disappears for a while and then reappears in a different area.

The advantage of such a system is obvious. Not long ago national television networks repeatedly showed a video of a man abducting a young girl.

This technology, theoretically, could make it possible for law enforcement officials to find out where the girl was taken, and even where the kidnapper was before the abduction.

"We can track forward or backward in time," Hwang said via email.

His experiments linked several cameras in a network and they were able to follow one target all over the Seattle campus.

The cameras were able to "talk" to each other, he added, so the target could be highlighted, making it easy for the next camera to pick up the chase. They could do that, without human supervision, even if the target's face could not be seen.

This would work anywhere, Hwang said, as long as the cameras are part of a network and can upload data to the cloud.

"The proposed system can not only track the pedestrians effectively, but can also robustly handle occlusion during tracking," so even if the target disappears for awhile, it will still work, according to Hwang's study, which was presented to an international conference in China last month.

This system is still in the development stage, but Hwang pointed out that monitoring systems are already installed in many buildings and institutions, so it's not a giant leap to move from a broad surveillance network to a smart system that can focus on a single target.

Meanwhile, other engineers are making cameras really clever. Researchers at the University of California, Riverside, are training cameras to pick out suspicious behavior, like loading a gun or putting an object in a pocket so the clerks in a store can't see it.

Medical researchers at the University of Oxford want to see us all wearing cameras that will tell our doctor whether we are taking our pills and getting enough exercise.

Scientists at Carnegie Mellon University in Pittsburgh have developed a system that will monitor every activity in a nursing home.

Their system is also capable of tracking a single individual, based on color of clothing, facial recognition, or other factors, and it is beyond the experimental stage. It has actually been installed in a nursing home.