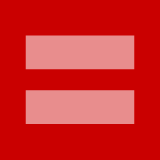 Kentucky doesn't allow same-sex marriages or civil unions, or recognize those that occur in other states.

But even if it did, that wouldn't mean that a woman who prosecutors say heard her same-sex partner admit to killing a man and saw her cleaning blood from his van a couple of years ago could assert a spousal privilege to avoid testifying at an upcoming murder trial, a state court judge has ruled, because the women are not actually married.

Defendant Bobbie Jo Clary and her domestic partner, Geneva Case, entered into a civil union in Vermont in 2004. Both women argued that their constitutional rights are violated by not being accorded the same spousal privilege that applies to opposite-sex married couples, according to WDRB.

They also point to the fact that Vermont allows same-sex couples to marry and say there is no distinction between same-sex civil unions and same-sex marriages in that state, a Monday opinion (PDF) in the Jefferson Circuit Court case explains.

But that isn't the full story, Judge Susan Schultz Gibson writes. Further action by the couple was required to convert the couple's civil union in that state to a marriage, the judge says, so they aren't married even under Vermont law.

"At a minimum, the privilege granted by the Commonwealth of Kentucky would require that the parties be actually married. Ms. Case and the Defendant are not, under the law of either Kentucky or Vermont. The fact that Vermont may extend the marital privilege to couples who have entered into a civil union does not require Kentucky to do so."