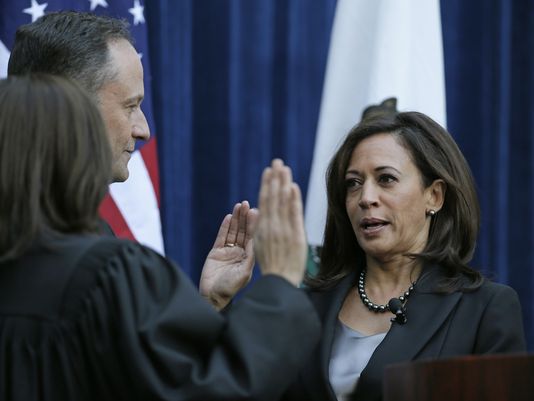 When you're charged with a crime, you're in a tough spot. As soon as charges are filed, you're faced with the necessity of either (1) negotiating a plea bargain, which means you'll plead guilty to something or other; or (2) going to trial, where you risk a much more serious conviction if the jury doesn't believe you. Facts are often confused. The prosecution has access to law enforcement for its investigations. You'll have to pay for yours.

It's a big enough challenge when everybody plays things straight. But what about when you've got a prosecutor willing to lie? Then things are worse. And given that prosecutors often face no consequences for misconduct, it's not surprising that some are willing to lie about it.

That's what happened in the California case of The People v. Efrain Velasco-Palacios. In the course of negotiating a plea bargain with the defendant, a Kern County prosecutor committed what the California appeals court called "outrageous government misconduct."

What prosecuting attorney Robert Murray did was produce a translated transcript of the defendant's interrogation to which he had added a fraudulent confession. The defense attorney got a copy of the audio tape of the interrogation, but it "ended abruptly." Eventually, Murray admitted to falsifying the transcript, presumably in the hopes of either coercing a plea deal, or ensuring a victory at trial.

When the trial judge found out, charges against the defendant were dismissed. Incredibly, the State of California, via Attorney General Kamala Harris, decided to appeal the case. The state's key argument: That putting a fake confession in the transcript wasn't "outrageous" because it didn't involve physical brutality, like chaining someone to a radiator and beating him with a hose.

Well, no. It just involved an officer of the court knowingly producing a fraudulent document in order to secure an illicit advantage. If Harris really thinks that knowingly producing a fraudulent document to secure an illicit advantage isn't "outrageous," then perhaps she slept through her legal ethics courses.

The California Court of Appeal for the Fifth Appellate District didn't buy Harris's argument, and upheld the dismissal of charges. That means the defendant went free.

On one level, that's fair: The prosecution should pay a price when it engages in outrageous misconduct. On the other hand, it's entirely possible that the defendant was actually guilty (sure, Murray was trying to railroad him, but you can railroad a guilty man) and now the charges against him have been dropped. If he's guilty, taxpayers are at risk for future crimes.

Meanwhile, Murray suffered no actual punishment for his wrongdoing. As a report in the New York Observer notes: "For reasons beyond comprehension, he still works for the District Attorney Lisa Green in Kern County, Calif." Murray does face the possibility of discipline from the California bar, but even disbarment would be a light punishment for knowingly producing a false document in a criminal proceeding.

Our criminal justice system depends on honesty. It's also based on the principle that people who do wrong should be punished. Prosecutors, however, often avoid any consequences for their misbehavior, even when it is repeated.

Worse yet, prosecutors are also immune from civil suit, under a Supreme Court-created doctrine called "absolute immunity" that is one of the greatest, though least discussed, examples of judicial activism in history. So prosecutors won't punish prosecutors, and victims of prosecutors' wrongdoing can't even sue them for damages.

That leaves courts without much else to do besides throwing out charges in cases of outrageous misconduct. But if we care about seeing the law enforced fairly and honestly, we need more accountability.

First, courts should sanction prosecutors directly and personally for misconduct. Second, legislatures need to pass laws promoting accountability — and ensuring that prosecutorial misconduct is policed by someone other than the same prosecutors' offices that are committing it. Third, the notion of absolute immunity for prosecutors, which has no basis in the law or the Constitution, needs to be abolished.

In truth, I'm not terribly optimistic that we'll see any of these changes. Prosecutors are politically powerful, and neither judges nor legislators are interested in crossing swords with them in a big way. But until prosecutors are held accountable in the same way that the rest of us are, there will be no assurance that they're not breaking the law themselves. And that's no way to run a "justice" system.

For information on a recent Court ruling on the same issue, see: