PET FRIENDLY: IT'S A DOG'S LIFE AT SOME SOLO OFFICES 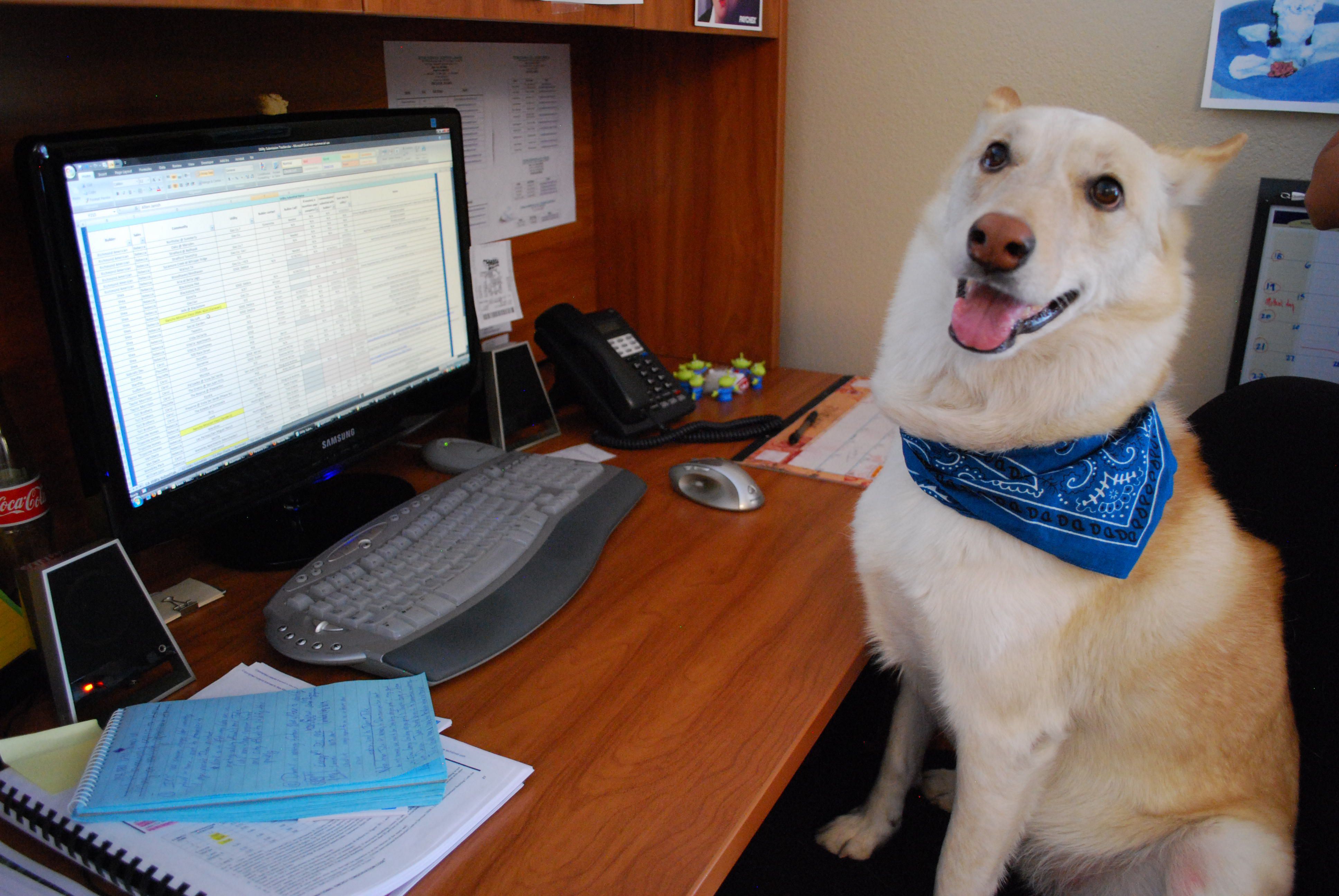 These days it’s not uncommon for dogs, cats and other animal companions to hang out in law offices, even when clients are present.

Attorneys say bringing pets to work creates a more relaxed atmosphere and offers a welcome distraction from the intensity of legal pursuits.

And it’s a perk of being a sole practitioner. "My clients come in and they don’t talk to me first; they talk to the dogs," says New York City solo Stewart Schachner, who has brought his small dogs to his office since 1989.

He leaves the two Shih Tzus, Amey and Coco, at home when taking depositions. And Schachner, who owns his own office building, is careful to warn new clients about the dogs before first meetings.

"If you’re not comfortable with them, I’ll put them upstairs and lock them up," he says, adding: "Everyone knows me with the dogs."

Pet-friendly practitioners say approachable animals can put tense clients in a more civil mood. That’s the job of Hawaii Fido, a husky mix that has been a regular occupant of Fred Harman’s office in Tazewell, Va., for several years. "When people come in the door, he greets them," says Harman, who also shares space with cats Lucy and Lulu. "He’s got the run of the place. He’s kind of helped to calm people down."

Numerous studies have shown the soothing effect of animals—pooches in particular—on humans. They help to improve mood and even lower blood pressure. "It’s very well-substantiated," says Stephanie LaFarge, a psychologist with the American Society for the Prevention of Cruelty to Animals. She jokes: "It might especially apply to attorneys."

Despite such benefits, not everyone is a fan. "It’s a place of business," says Sebastian, Fla., lawyer Cynthia Hall. She concedes that some people enjoy pets, but notes that others have allergies and some are fearful, especially of dogs.

It doesn’t appear, however, that this behavior will diminish anytime soon. Some 3 percent of dog owners, or 1.4 million, have taken their dogs to work, according to a 2011 survey from the American Pet Products Association (the statistic has held steady in recent years).

Rick Georges has been sharing his St. Petersburg, Fla., office with parrots for 40 years. These days Pinot, Nova and Rio’s cages are installed in an open window for passersby to admire.

The birds, master mimics, have been known sometimes to cause a ruckus, with one blurting out "Shut up, shut up" at inappropriate moments. Their owner says most people are amused.

"Love me, love my parrots," says Georges, whose clients have likened his waiting room to Busch Gardens. "I believe that human-animal interaction is part of what makes us human."