When Police Lie, the Innocent Pay. Some Are Fighting Back. 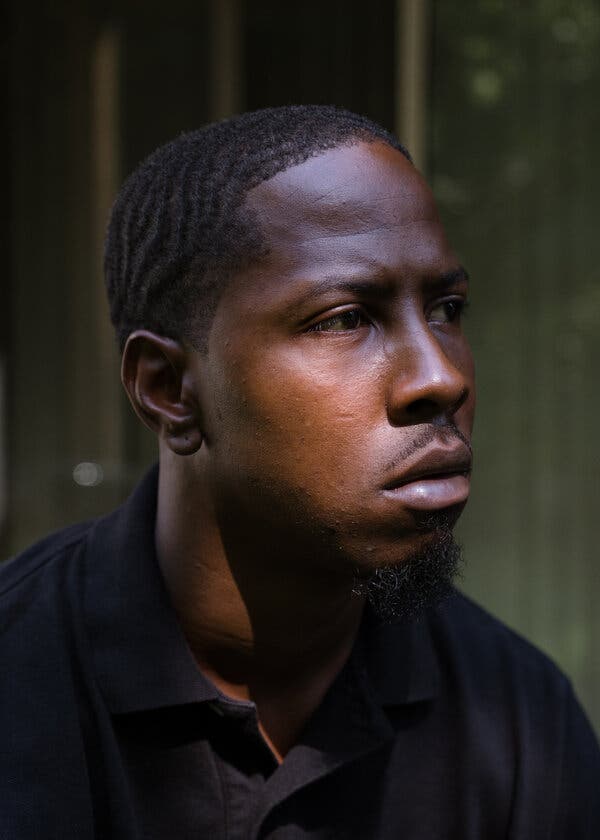 Travis Price was charged with “hindering police” during the arrest of his brother. Body camera footage changed the narrative.

The statement from the Rock Hill Police Department was unequivocal about what Travis Price did: He belligerently obstructed officers as they arrested his brother on a gun charge; he shoved them and knocked them with his body; he refused to follow orders.

He was charged with “hindering police,” and the congressman in his district in South Carolina piled on with a statement of his own, describing Mr. Price as a “suspect” who “rolls up and starts interfering with things.”

Fifteen days later, after Mr. Price spent about 36 hours in jail, the truth came out. Body camera videos of the June 23 incident showed that Mr. Price had been calmly following the instructions of officers in the seconds before one officer, Jonathan Moreno, pushed him against a kerosene tank outside a gas station and took him to the ground.

“He had done nothing wrong,” Kevin Brackett, the region’s top prosecutor, acknowledged during a news conference last month. Mr. Brackett announced that he was charging Mr. Moreno, who was fired from the Police Department, with assault and battery. And in a dramatic moment, Mr. Brackett called Mr. Moreno to the podium, where he apologized. 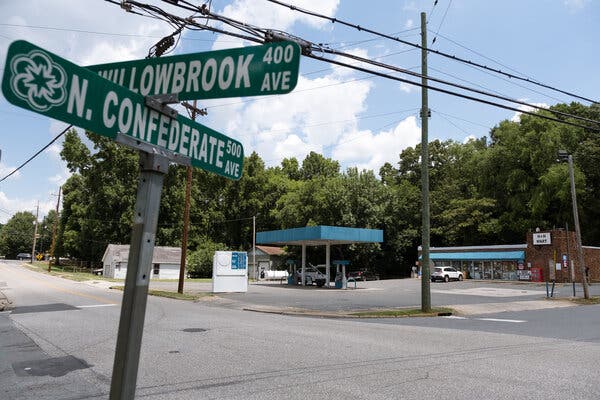 The gas station in Rock Hill, S.C., where Mr. Price was arrested. “He had done nothing wrong,” the region’s top prosecutor later said.

There have long been instances in which the police have provided false accounts of arrests, but disparities between officers’ descriptions and what people see have become more common with the expansion of body cameras and cellphone videos and as police departments’ public accounts draw more scrutiny.

The Minneapolis Police Department’s initial description of George Floyd’s death, in May 2020, said he had died after a “medical incident during police interaction.” That account was challenged within hours as a teenager’s gruesome video of his death flooded the internet, igniting the largest protests in a generation.

Across the United States, people who have been the targets of false police statements are increasingly working to correct the record, sometimes investigating their own cases, interviewing witnesses and filing defamation lawsuits.

“There’s a widespread search for tools to make the police more accountable,” said Lyrissa Lidsky, the dean of the University of Missouri School of Law and an expert in defamation law. “These lawsuits are part and parcel of the search for police accountability tools.”

But, Ms. Lidsky said, winning lawsuits is difficult in many cases.

“People shouldn’t think that it’s easy to bring a defamation suit against the police, because it’s hard — really hard,” she said. Suing a city, government agency, police officer or member of Congress often comes with additional challenges for plaintiffs, such as the qualified immunity doctrine that shields government officials in some situations.

In many cases, citizens who are mentioned in a police department’s false account have sued over other matters, such as civil rights violations or negligence.

Last year, the Detroit City Council approved a $75,000 payment to the owner of two dogs that were shot and killed by a police officer during a drug raid.

A police supervisor wrote in a report that the officer had seen one of two pit bulls “charging” and “attempting to bite” the officers. The supervisor also reported that he examined the body camera video and “found no discrepancies” with that account.

But when the graphic body camera video was released, it showed that the officer had shot the dogs one after the other without any provocation in a hallway of the home. A puppy could later be seen walking over one of the bloody bodies.

In some cases, people have read false accounts of their interactions with the police and tried to set the record straight.

In Central Florida, Chris Cordero was driving his tan Saturn through his neighborhood in Lake Wales early this year when, he said, he noticed a police cruiser following him. Mr. Cordero, 37, grew nervous, and then the officer pulled him over. What could have been a routine traffic stop ended with Mr. Cordero on the ground, in handcuffs. He would face several years in prison, accused of assaulting a police officer.

In his report, the officer, David Colt Black, said he had pulled Mr. Cordero over because he was not wearing a seatbelt and had ignored a stop sign. The officer said Mr. Cordero got out of his car and immediately charged at him.

He said Mr. Cordero kept resisting arrest and seemed to be reaching for a weapon in his waistband, and so he used his elbow to deliver a swift strike to the side of Mr. Cordero’s head. Mr. Cordero was arrested and taken into custody.

But Mr. Cordero said he never charged the officer and was certain that the strike to his head was unprovoked. He decided to conduct his own investigation.

“I had to go door-to-door, because they were trying to give me from four to seven years in prison,” he said. “The officer said I charged his vehicle and I tried to attack him. I know I didn’t. I got out of the car and remained there.”

Mr. Cordero’s door-knocking produced quick results. He obtained a doorbell security video from the house across the street. The footage was from a bit of a distance, and it was hardly clear what was happening, but it was obvious that Mr. Cordero had not done what he had been accused of.

Video in hand, he started making phone calls, accusing the officers of brutality and of making racist slurs. Within a day, Officer Black submitted a supplemental report saying that he realized, after watching the surveillance footage, that his “perception was altered due to the high stress of the incident.”

“Based upon the video, I could see Cordero did not get as close to me as I originally thought he did,” Officer Black wrote, acknowledging that what happened did not justify a charge of assault on a law enforcement officer.

Officer Black later told investigators that he was suffering from post-traumatic stress disorder from an incident several years ago when he had been beaten by a suspect and required hospitalization. After the revelations in Mr. Cordero’s case, Officer Black resigned from the department and began treatment, according to an investigative report by the Polk County Sheriff’s Office. Investigators closed the case with no action, and the prosecutors did not charge the officer.

“He lied on a report,” Mr. Cordero said. “What did I do wrong? Nothing. I told the truth.”

Sara Jones, a lawyer who initially helped Mr. Cordero with the case, said she believed him from the start, because his account of being sucker-punched from behind during a traffic stop mirrored what she had heard from other clients.

“That is what made me believe he was telling the truth before I even saw the video,” Ms. Jones said.

In the case of Mr. Price in South Carolina, the Police Department never explained the false statement it gave reporters about what happened during the arrest. Mr. Price is suing the City of Rock Hill and Representative Ralph Norman, the Republican congressman, saying that both slandered him in their public statements.

A day after The New York Times contacted him, Mr. Norman’s office updated the statement on his blog and Facebook page to remove the false information.

Mr. Price, a father of two who works at a chemical plant, said he worried about what would have happened if there had not been a public outcry that led to the release of the body camera footage. Whose story would people have believed?

“How they degraded my name, it just ain’t right,” he said. “I just don’t want, everywhere I go, people looking at me all different, and it’s already that way. I want my character to still be the same.”