MAY THE FAILURE TO ANSWER A POLICE OFFICER'S QUESTIONS BEFORE AN ARREST BE USED AGAINST A DEFENDANT AT TRIAL? 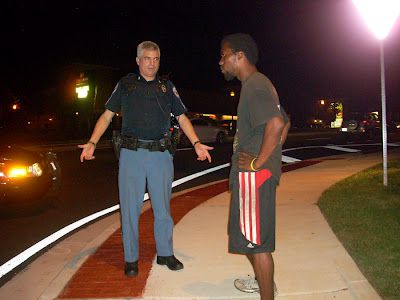 The First Amendment case arose from a 2003 law that requires private groups that receive federal money to combat AIDS abroad to have "a policy explicitly opposing prostitution." The restriction does not apply to other recipients, including the World Health Organization.

The Supreme Court has said the government may not attach strings to money it provides to some people and groups if those conditions infringe on constitutional rights — even though the government has no obligation to spend the money in the first place.

In 2011, a divided three-judge panel of the United States Court of Appeals for the Second Circuit, in New York, blocked the law, saying it "compels grantees to espouse the government’s position on a controversial issue." The full appeals court declined to rehear the case. Dissenting from that ruling, Judge José A. Cabranes wrote that the measure was "an uncomplicated and common-sensical condition of federal funding."

In 2007, considering an earlier version of the program, the United States Court of Appeals for the District of Columbia Circuit upheld it. The federal government asked the Supreme Court to hear the case from New York to resolve the conflict.

In urging the Supreme Court not to hear the case, the groups challenging the law said it interfered with their work. They said they "generally avoid taking policy positions or making statements that are likely to offend" the nations they work in and the people they seek to help. "Adopting a policy that explicitly opposes prostitution" would do harm to the groups’ "effectiveness in working with high-risk groups to fight H.I.V./AIDS," their brief said.

Justice Elena Kagan recused herself from the case, United States Agency for International Development v. Alliance for Open Society International, No. 12-10, presumably because she had worked on it as United States solicitor general.

The second case, Salinas v. Texas, No. 12-246, addresses a major open question in the court’s Fifth Amendment jurisprudence: May the failure to answer a police officer’s questions before an arrest be used against a defendant at trial?

The Supreme Court has said the amendment’s protection against self-incrimination applies after arrest and at trial. But it has never decided, in the words of a 1980 decision, "whether or under what circumstances pre-arrest silence" in the face of questioning by law enforcement personnel is entitled to protection.

The case arose from the 1992 murders of two brothers, Juan and Hector Garza, in Houston. Among the evidence the police found were discarded shotgun shells.

They questioned Genovevo Salinas, who was said to have attended a party at the Garzas’ apartment. Mr. Salinas answered questions for almost an hour but would not say if a shotgun the police had taken from his home would match the recovered shells.

The question about the shells was the only one Mr. Salinas refused to answer. Instead, a police officer later testified, he "looked down at the floor, shuffled his feet, bit his bottom lip, clinched his hands in his lap, began to tighten up."

Mr. Salinas was charged with murder after a friend told the police that Mr. Salinas had confessed. The jury deadlocked at his first trial. At a retrial, prosecutors again relied on testimony about the confession and ballistics evidence. They now also emphasized Mr. Salinas’s silence about the shells.

"An innocent person," one prosecutor told the jury, "is going to say: ‘What are you talking about? I didn’t do that. I wasn’t there.’ He didn’t respond that way. He didn’t say, ‘No, it’s not going to match up.’ "

Mr. Salinas was convicted and sentenced to 20 years in prison.

In urging the justices not to hear the case, prosecutors in Texas said Mr. Salinas had effectively answered the question about the shells through his conduct. In any event, they said, the Fifth Amendment does not apply when "there is no official compulsion to speak."