IS IT A CRIME TO THINK EVIL THOUGHTS? 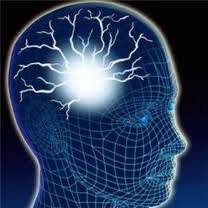 After a New York City police officer was convicted last month of conspiring to kidnap his wife, a college friend and two other women, and then rape, torture, kill, cook and eat them, his defense lawyer told reporters the verdict set "a dangerous precedent."

The verdict showed that "people can be prosecuted for their thoughts ... and convicted, which is even sadder to think about," attorney Robert Baum said.

His post-verdict remarks illuminate a question that may have legal ramifications for the vast population that communicates online about illicit fantasies: At what moment does contemplating a criminal act become a crime?

Mr. Baum later said he believes this was the first prosecution in the country for this kind of behavior. It opened up the possibility of police trying to decipher criminal intent in a realm where people exchange illicit thoughts -- about rape, incest, bestiality and voyeurism -- on a massive scale.

As Internet culture progresses, the government is "looking to this medium which is otherwise unregulated as an area that requires stricter enforcement and stricter scrutiny of conduct," he told the Post-Gazette.

The bulk of the evidence regarding Gilberto Valle's plot consisted of online communication between the "cannibal cop" and fellow cannibal-role-playing kinksters at a social media site called DarkFetish.net. The defense team had argued that while Mr. Valle had gruesome fantasies about roasting women on spits, they were just that: fantasies.

Prosecutors examined 24 online conversations Mr. Valle had and determined that three appeared to be real. The defense team argued to the jury that the 21 conversations the FBI considered "fantasy" were no different in substance than the three they singled out as "real." Either way, Mr. Valle had a right to free speech, they said.

The jury disagreed and found that Mr. Valle had acted in furtherance of these grisly schemes -- researching recipes for chloroform, downloading photos of his intended victims -- to conclude he had crossed into the realm of criminal intent. In a separate charge, he was also convicted of unauthorized use of a law enforcement database to look up the women.

In a statement, U.S. Attorney Preet Bharara said that Mr. Valle had specific, detailed plans to abduct women and commit heinous and "very real" acts against them. "The Internet is a forum for the free exchange of ideas, but it does not confer immunity for plotting crimes and taking steps to carry out those crimes," he said.

While "vore" (short for carnivore) fetishists like Mr. Valle are few in number, recent data indicates that Internet users have a variety of illicit curiosities although few seem to act on these thoughts.

The authors calculated the top sex-related searches, providing an unprecedented window into people's sexual behaviors and fantasies. All previous data, including the landmark "Kinsey Reports," were based on participants' self-reporting.

The authors looked at how many people searched for such material, visited sites that offered relevant material and paid for the material.

"The numbers are huge," Mr. Ogas said, speaking of online queries. "Underage women, bestiality, incest, drugging girls, getting them drunk, molesting them while they're sleeping, rape. It's so common, it's not even unusual."

Child pornography is an exception, since downloading or possessing images that exploit children constitute felony crimes -- whether or not the individual intends to do anything with the material.

Another exception is the crime of "enticement," where a predator meets a young girl online, sets up a date and the girl turns out to be an undercover cop. The "minor" doesn't actually have to be a minor under the Pennsylvania statute, and the pedophilic urges don't have to be actually carried out.

However, with the exception of child pornography, there is no evidence in the data to suggest that illicit fantasies constitute deviant behavior, Mr. Ogas said. Illicit searches, and urges, are universal; they happen in all cultures. "There's clearly a biological basis for this occurring in such huge numbers."

How do law enforcement agencies investigate an inchoate offense -- that is, the crime of seeking to commit another crime? They must strike a balance -- and find some corroborating evidence.

"Everybody has nasty thoughts, everybody has bad fantasies. The majority of us never act on them," said David Harris, a professor at University of Pittsburgh School of Law.

Imagine you get incensed at your neighbor for continually playing loud opera music and say you'd like to bake some brownies, add rat poison and bring them over as a neighborly treat, Mr. Harris postulated.

If you take no steps to further the plan, the police won't have much to work with. If they can show a receipt with rat poison and brownie mix, there might be grounds for filing charges. If you conceive of or discuss such a plan online, chances are you would leave a trail of evidence that investigators could recover.

"The conflict is between a person's free speech, the free flow of ideas on the Internet, and the public safety," defense attorney Frank Walker said.

Stephen Misko, a criminal defense attorney who worked as a federal agent and prosecutor, offered the example of people who visit websites with recipes for homemade bombs. "If you start acquiring the means to make a bomb, you're committing steps in furtherance of the act."