HOW DO JOB-SEEKERS EXPUNGE CRIMINAL RECORDS? 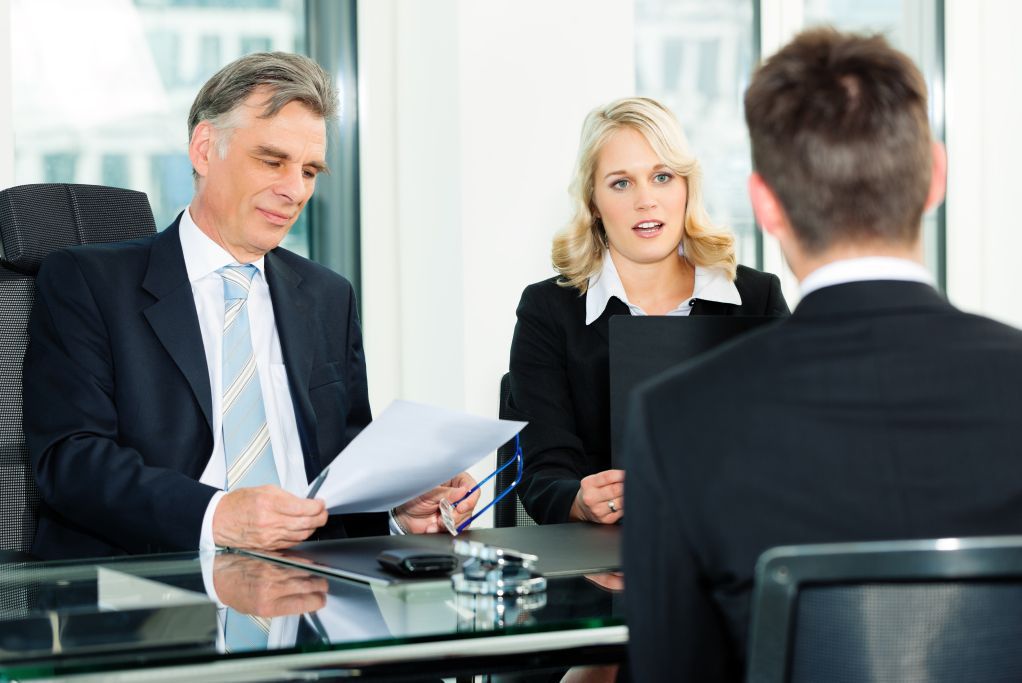 U.S. job seekers are crashing into the worst employment market in years and background checks that reach deeper than ever into their pasts.

The result: a surge of people seeking to legally clear their criminal records.

In Michigan, state police estimate they'll set aside 46% more convictions this year than last. Oregon is on track to set aside 33% more. Florida sealed and expunged nearly 15,000 criminal records in the fiscal year ended June 30, up 43% from the previous year. The courts of Cook County, which includes Chicago and nearby suburbs, received about 7,600 expungement requests in the year's first three quarters, nearly double the pace from the year before.

One petitioner is Wally Camis Jr., who wanted to clear the air about the time he threatened two men with a hairbrush.

Mr. Camis was hungry for work amid a divorce last fall. The 41-year-old Air Force veteran, who had worked as a security guard and owned a restaurant, filled out an application for temporary employment in Eugene, Ore., checking a box saying he had never been arrested.

When he followed up a week later, the temp agency told him no thanks -- they'd turned up a 1986 conviction. Stunned, Mr. Camis recalled the night the two men threatened him and he pulled a silver brush from his back pocket, saying it was a knife. He called the police, he says, and later pleaded guilty to aggravated assault with a deadly weapon, a misdemeanor. The judge entered a "no judgment" finding and ordered Mr. Camis to pay a $60 fine.

"I thought that was the end of it," he says.

Instead, 22 years later, Mr. Camis found himself fighting to erase traces of the arrest, joining the growing ranks of Americans who hope that clearing their records of minor crimes will boost their odds in a tough job market. To help, entrepreneurs have set up record-clearing services and local governments have passed laws to speed the expungement process.

Civil-rights organizations have long complained that young black men are disproportionately hindered when prospective employers ask about applicants' arrests or convictions. But attorneys say past offenses are increasingly catching up with blue-collar and middle-class applicants with solid work histories.

"This is affecting a whole new group," says Michael Hornung, a defense attorney in Fort Myers, Fla., who charges $1,000 to help clients clear records. "I've had more people come in to talk to me about having their records expunged in the last year than I have had in the previous 13 combined."

The increase comes as unemployment has risen above 10%, allowing potential employers to be choosier than they have been in decades. More Americans have criminal records now, criminologists say, in part because a generation has come of age since the start of the war on drugs.

These convictions are increasingly coming to employers' attention. Background checks have become more commonplace in the years after the Sept. 11 terrorist attacks, and cheaper. More than 80% of companies performed such checks in 2006, compared with fewer than 50% in 1998, according to the Society for Human Resource Management, an association of HR professionals.

Though the definition, terminology and methods of expungement vary by state, its general intent is to restore people to the legal status they enjoyed before a brush with the law -- often giving them the right to answer "no" when a prospective employer asks if they've been arrested or convicted. Most felonies, such as sexual assault or armed robberies, can't be removed. But in many states, some lesser crimes can. After a successful appeal, official records may be shredded, erased, sealed or blocked from view by anyone except entities such as police or schools.

Expungement doesn't wipe away all traces. Local news Web sites routinely post arrest mug shots, which are nearly impossible to eradicate from the Internet. Search engines can turn up a smattering of decades-old news and police reports, plus caches of newer ones. Arrests that have been legally expunged may remain on databases that data-harvesting companies offer to prospective employers; such background companies are under no legal obligation to erase them.

"If I have a guy with four arrests and bad credit versus someone who has never been in trouble in his life, who am I going to hire? It's not rocket science," says Louis DeFalco, corporate director of safety, security and investigations at ABC Fine Wine & Spirits in Florida, which has 175 stores.

Though some employers acknowledge that workers with convictions can become trusted employees, the risk of passing over these applicants is far outweighed by the benefit of culling high-risk applicants from stacks of resumes. Companies can make hiring decisions based on conviction records, but not on arrests that haven't resulted in convictions, according to the U.S. Equal Employment Opportunity Commission.

Some lawyers have created services to help clients clear records, including Columbus attorney Adam Lee Nemann's www.ohiocrimedefense.com. Legal-aid organizations have created or stepped up programs to help guide people through the process. The public defender's office in San Jose, Calif., is among public organizations using federal stimulus money to hire additional attorneys to process the influx of clients.

State lawmakers have taken note. In Pennsylvania, where the state pardons board faces a three-year backlog of record-clearing requests, Democratic Rep. Tim Solobay was author of a bill permitting local courts to process the petitions as well. It passed into law last year. This year, Mr. Solobay is pushing legislation that would expand the class of misdemeanors that can be expunged to include disorderly conduct and possession of small amounts of marijuana.

Mr. Solobay says he wrote the bill after a friend told him that his son, who was convicted of disorderly conduct in college, had been turned down for several jobs.

"It kept coming back time and again and haunting him," Mr. Solobay says of his friend's son, suggesting that eventually the punishment ceased to fit the crime. "The job market is tough enough, and he's competing against people with a clean record. So he's getting disqualified."

Millions of Americans are in a similar position. In a 1967 study, the U.S. government estimated that 50% of American men would be arrested at some point in their lifetimes. Since then, arrests made in connection with domestic violence and illegal drugs have pushed the number of American men arrested to 60%, estimates Alfred Blumstein, a criminologist at Carnegie Mellon University. The annual number of arrests for possession of marijuana more than tripled to 1.8 million from 1980 to 2007, according to the U.S. Department of Justice.

Arrests and convictions are also easier for employers to learn about. Even 10 years ago, background checks tended to be cursory or expensive. Now, database providers can quickly access information from the country's approximately 3,100 court jurisdictions, charging $10 or less for simple checks.

One Chicago 53-year-old, who has worked for an overnight delivery service and as a bricklayer, is nervous that his record's sole smudge may come back to haunt him.

In 1974, he says, he was walking down a street near his Chicago home rolling a marijuana cigarette. He was arrested by an undercover police officer and convicted of possession. "That was back in the days when I had hair, and I just said, 'Forget about it.' I was like 17 or 18 years old -- what did I care?"

His employers never learned of the conviction, he says, nor have his own children. But, hoping to coach high-school basketball when he retires in a few years, he's working with a Chicago attorney to clear his record. "Nowadays they look for anything so I figured I better take care of this," he says.

Now, some veterans returning from Iraq and Afghanistan are finding their service may not make up for earlier offenses.

Osvaldo Hernandez of New York served in the Army for 15 months in Afghanistan, then, upon his return to the U.S., scored in the 98th percentile on his civil- service exam, says his attorney, Jim Harmon. Mr. Hernandez, 27, has been unable to land a job with the New York City Police Department because of a 2002 conviction of illegal possession of a gun, Mr. Harmon said.

Mr. Hernandez hasn't sought expungement because his crime doesn't qualify for it in New York. An NYPD spokesman said the department has a policy against hiring felons.

Mr. Hernandez is now serving another overseas tour, hoping "that serving twice in combat will overcome the prior conviction issue," Mr. Harmon says.

Mr. Camis, meanwhile, spent months trying to undo the legacy of one night in 1986.

Then 18, Mr. Camis was leaving his job at a movie theater in Woodridge, Ill., when he says two men threatened him. He flashed the handle of his 5-inch-long brush, he says.

The men fled. Mr. Camis says he called the police. Officers apprehended the men, who accused Mr. Camis of being the aggressor. Before a circuit court judge in Illinois's DuPage County, Mr. Camis admitted he threatened to cut the men -- assault without the battery -- and paid his fine.

'Never Had a Problem'

The next year he joined the Air Force, where he serviced F-15s in Okinawa, Japan, and earned an honorable discharge. He later worked as a guard, railroad brakeman, exterminator and restaurateur, he says, passing two criminal background checks along the way. "I never had a problem," he said.

In fall 2008, he says, he approached Cardinal Services Inc. in Oregon. An agent at the temp service said he had openings that might be suitable. Mr. Camis turned in his application.

Cardinal says it paid a background-search firm about $10 to examine his past. It turned up the DuPage no-judgment order -- which the court had posted online in 2004, among other records.

When Mr. Camis followed up with Cardinal a week after applying, he says, an agent there accused him of lying about his criminal history. Cardinal wouldn't help him find work, the agent said.

"If someone has a criminal history, we can work with them," Mr. Lehman says. "But if they have one and lie to us, that's pretty ominous."

Mr. Camis says he had forgotten about the incident and, even when reminded, thought the "no judgment" ruling had cleared him.

A few weeks later, he called an Illinois attorney. She filed an expungement petition with the DuPage court.

In April, Mr. Camis flew from Oregon to Illinois for a five-minute hearing in front of a DuPage circuit judge. The judge agreed to seal the record. Camis' defense lawyer added that under Illinois law, Mr. Camis's charge wasn't technically a conviction.

On Sept. 8, the records supervisor of the Woodridge Police Department signed an affidavit swearing that she had shredded all identifying materials connected to case 86CM4967, "People of the State of Illinois vs. Wallace E. Camis Jr." The destroyed documents would have included the police report with details of the arrest.

Mr. Camis is back in Illinois, taking education courses and logging full-time hours at a day-care center where he is the cook and a classroom helper. He says he eventually hopes to be a teacher.

Of his police record, Mr. Camis says: "Hopefully it's gone for good."