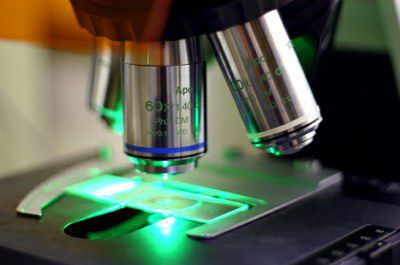 George D. Perrot was granted a new trial yesterday in Massachusetts based on newly-discovered evidence that the FBI's microscopic hair comparison testimony contained scientifically invalid statements. The court found that the hair examiner's testimony was "enormously influential" and material to the convictions. This decision follows a trend in recognizing that evolving science constitutes newly-discovered evidence.

"The court found that the scientific errors identified by the FBI review constituted newly-discovered evidence, that the hair comparison testimony in Mr. Perrot's case would be inadmissible if offered today, and also that it was material to his convictions," said NACDL Senior Resource Counsel Vanessa Antoun. "This illustrates the critical importance of uncovering cases with invalid or exaggerated forensic evidence and providing meaningful notification—a duty to correct that the FBI and DOJ have acknowledged through this review, which sets an important new standard for law enforcement throughout the country."

The errors in the hair comparison testimony in Mr. Perrot's case were identified through the FBI's Review, conducted in conjunction with the DOJ and in partnership with NACDL and the Innocence Project. Mr. Perrot is the first defendant to receive a new trial as a result of the findings of the Microscopic Hair Comparison Review. His is one of over 1,500 cases that have been reviewed thus far. The result in this case underpins NACDL's commitment to finding representation for all effected defendants. Indeed, NACDL's important work in this area was cited by the Court in its order.

"NACDL looks forward to courts around the country recognizing that the results of the Microscopic Hair Comparison Review constitute newly-discovered evidence," NACDL President E.G. "Gerry" Morris said. "And we encourage all state labs to undertake their own review of the hair comparison work and testimony of all FBI-trained examiners."

The United States Department of Justice, the Federal Bureau of Investigation, the Innocence Project, and NACDL reported in April 2015 that the FBI has concluded that the examiners' testimony in at least 90 percent of trial transcripts the Bureau analyzed as part of its Microscopic Hair Comparison Analysis Review contained erroneous statements. Twenty-seven of twenty-eight FBI agents/analysts provided either testimony with erroneous statements or submitted laboratory reports with erroneous statements. The review focuses on cases worked prior to 2000, when mitochondrial DNA testing on hair became routine at the FBI. That review is ongoing.

Anyone involved in a case that utilized microscopic hair comparison evidence is encouraged to contact NACDL Post-Conviction Counsel Amelia Maxfield at [email protected] or 202-465-7646.