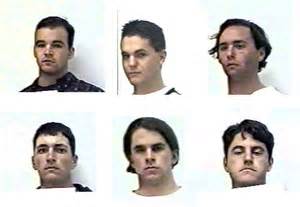 Over the past quarter-century, more than 1,400 people convicted of serious crimes have been proved innocent, according to the University of Michigan Law School’s National Registry of Exonerations. But why were these people wrongly convicted? In a great many cases, one significant factor was faulty eyewitness identifications.

Eyewitness testimony can be extremely powerful. When a witness with no motive to lie swears under oath that he or she personally saw a defendant commit a crime, it is hard not to believe the testimony. But in recent decades, extensive scientific research — which we reviewed while co-chairing the National Research Council committee that wrote the recent report "Identifying the Culprit: Assessing Eyewitness Identification" — have identified a number of factors that can lead an eyewitness to make a mistake. It is time our legal system started making use of this knowledge.

Some of these factors, such as poor lighting or distractions, may seem obvious. But others, such as the effect of stress, are less so. Still other factors — such as the psychological influence of a police officer’s body language as an eyewitness views a lineup, or how a witness’s recollection of a person in a lineup can merge over time with memories of the original event — are so subtle that studies are only beginning to reveal their effects.

When judges and juries lack awareness of the factors that can affect the accuracy of eyewitness testimony, they can make mistakes.

In 1967, for example, before most of this research, the Supreme Court ruled, in Manson v. Braithwaite, that the reliability of an eyewitness’s identification, and hence its admissibility as evidence, depends in part on the level of certainty that the witness expresses when identifying a defendant in court. This, in the view of the court, was simply common sense.

But the court was wrong. Careful studies have demonstrated that, regardless of the level of certainty an eyewitness expresses at the time of original identification (which itself may be affected by numerous factors), a witness’s confidence in the correctness of the identification steadily increases over time. This occurs for psychological and cognitive reasons that have nothing to do with the accuracy of the identification, such as reinforcement of a witness’s beliefs by law enforcement and accounts of events promulgated by attorneys and news media.

If we want to avoid making the same tragic mistakes again and again, all of us — police, prosecutors, judges, jurors, public officeholders and the public — must act on this research. Here is how:

First, lineups should be administered according to the same kind of "double-blind" standards used in scientific testing. For example, the police officer administering the lineup should not be involved in the investigation. An eyewitness should be told that the lineup may or may not include a suspect and that the investigation will continue regardless of whether someone is identified. In addition, lineups should be videotaped.

Second, the level of confidence the eyewitness expresses at the time of the initial identification should be documented and made available at trial.

Third, judges should be educated about the well-documented failings of lineups. This knowledge will put judges in a better position to evaluate whether eyewitness identification evidence should be included in a particular case.

Fourth, through expert testimony or judicial instructions, jurors should be educated about the many factors that can affect eyewitness identification and that those need to be considered in evaluating the reliability of an eyewitness’s testimony.

With these reforms, the number of mistaken eyewitness identifications would be greatly reduced, and judges and jurors would be able to make more accurate assessments of eyewitness testimony. This would go a long way toward ensuring that our criminal justice system gets to the truth, for the benefit of us all.