At any given time, roughly 480,000 people sit in America's local jails awaiting their day in court, according an estimate by the International Centre for Prison Studies, a research group based in England. These are people who have been charged with a crime, but not convicted. They remain innocent in the eyes of the law. 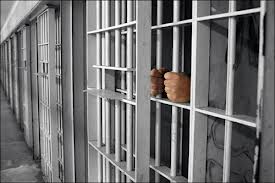 Some are certainly violent criminals who need to await their trials behind bars in the interest of public safety -- murderers, rapists and the like. But most -- three quarters of them, according to the National Conference of State Legislatures -- are nonviolent offenders, arrested for traffic violations, or property crimes, or simple drug possession. Some will be given community service, or probation. Many will be found innocent and have their charges dropped completely -- a 2013 Bureau of Justice Statistics Report found that one third of felony defendants in the nation's largest counties were not ultimately convicted of any crime.

That same report found that the defendants who were detained before trial waited a median of 68 days in jail -- that's a long time to spend behind bars, especially if you're found innocent. In many areas, that wait can be even longer -- the New York City mayor's office recently found that 400 inmates in the city's Riker's Island facility had waited over two years for their trial. Some had been waiting six years or more for their day in court.

Many of these people waiting in jail are forced to wait simply because they can't afford to post bail. A 2013 analysis by the Drug Policy Alliance, a group that advocates for changes in drug laws, found that nearly 40 percent of New Jersey's jail population fell into this category. The Bureau of Justice Statistics report found that among felony defendants in the nation's largest counties, 34 percent were detained before trial because they couldn't make bail.

The idea of bail makes a lot of intuitive sense: when someone's charged with a crime, you make them put down a deposit to ensure they show up in court for trial. If they don't put the money down, they have to wait in jail.

But in practice, this means that plenty of people sit behind bars not because they're dangerous, or because they're a flight risk, but simply because they can't come up with the cash. A recent analysis by the Vera Institute, a research group advocating for various changes in criminal justice laws, found that 41 percent of New York City's inmates were sitting in jail on a misdemeanor charge because they couldn't meet a bail of $2,500 or less.

For low income people, the consequences of a pre-trial detention, even a brief one, can be disastrous. Miss too much work, and you're out of a job. Fall behind on your rent, and you're out of a home too. And in many cases, these people will eventually be found to be innocent.

For reasons like this, some civil rights reformers are advocating abolishing bail completely. Maya Schenwar, editor in chief of independent news site Truthout, argues that bail policies are tantamount to "locking people up for being poor." HBO's John Oliver recently noted that while a poor person might not be able to post a $1,000 dollar bail for a minor infraction, a wealthy murder suspect like Robert Durst can post a $250,000 bail and walk free.

Eliminating bail is not as radical as it sounds: Washington D.C. effectively stopped using bail back in the late 1960s. Instead, the city's Pretrial Services Agency determines the best option for dealing with defendants before they go to court. According to the agency, 12 to 15 percent of defendants are held before trial for various reasons, like flight risk or danger to others. The others are released. And the overwhelming majority of released defendants -- 88 percent of them -- make all scheduled court appearances and remain arrest-free while awaiting trial.

Last month, my colleague Lydia Depillis did an in-depth profile of how some jurisdictions are also embracing more progressive policies toward dealing with defendants pre-trial.

But if you're not convinced by the civil rights argument for this type of system, consider the economic one: we spend somewhere in the ballpark of $17 billion dollars annually to keep innocent people locked up as they await trial.

Here's how I arrived at that number: American taxpayers spent $26 billion on county and municipal jails in 2012, the most recent year for which the Bureau of Justice Statistics has data. And those 480,000 people awaiting trials in local jails account for about 64 percent of the total jail population. And 64 percent of that $26 billion works out to $17 billion that we're spending each year on pre-trial detentions, a little less than the annual budget of NASA.

That's just a back-of-the-envelope estimate, but it gives a sense of how much we spend on jailing people before they face trial.

Beyond that direct cost, a 2013 study by the Laura and John Arnold Foundation, a public policy research organization, found that even short pre-trial detentions were linked to bad outcomes not just for defendants, but for society as a whole. Among low-risk defendants, for example, those who were held in jail for 8 to 14 days before trial had a 51 percent greater likelihood of re-offending after completing their sentences than those who had been held for less than a day pre-trial.

Finally, many of the people who can't afford to post bail are living on the margins of society. A short jail stay is all it would take to trigger an avalanche of repercussions -- lost job, lost house -- that could force them to turn to public assistance to make ends meet, in some cases indefinitely.