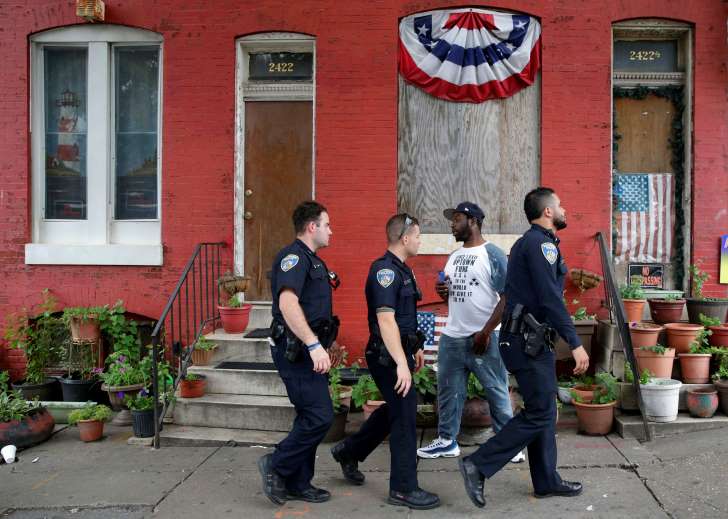 The U.S. Department of Justice concludes in a study that the Baltimore Police Department routinely violated citizens' constitutional rights and describes the relationship between the community and the police as "broken."

Investigators started the probe after the April 2015 death of Freddie Gray, an unarmed black man fatally injured while in police custody.

"After engaging in a thorough investigation, initiated at the request of the City of Baltimore and BPD (Baltimore City Police Department), the Department of Justice concludes that there is reasonable cause to believe that BPD engages in a pattern or practice of conduct that violates the Constitution or federal law," reads the 162-page report released to the public Tuesday night.

The report said the police department makes unconstitutional searches and arrests, uses excessive force, uses "enforcement strategies that produce severe and unjustified disparities in the rates of stops, searches and arrests of African Americans," and retaliates against people practicing freedom of expression, which is protected by the Constitution.

The Department of Justice opened an investigation on May 8, 2015, after the death of  Gray, 25, who died in a hospital a week after his arrest. His spine was 80% severed after he was held in the back of a police van during a bumpy ride.

The media relations team of the police department could not be reached Tuesday night. Earlier in the day, before the public release of the study but after news organizations reported that the release was pending, Det. Niki Fennoy said the department had not been made aware of the findings and had no comment.

Patrick Semansky, AP Members of the Baltimore Police Department walk near the intersection of North and Pennsylvania Avenues, the site of unrest following the funeral of Freddie Gray, in Baltimore, Thursday, June 23, 2016.

The study is the first step in a court-enforced agreement that requires Baltimore to institute reforms and hold itself accountable, the Baltimore Sun reported.

The report concludes that the relationship between the police department and Baltimore's residents is "broken"  and said that investigators discovered over the course of many interviews that people in impoverished, minority communities often felt "belittled, disbelieved and disrespected" by police officers.

Investigators discovered an "us versus them" mentality in the department, and when they approached one supervisor about community-oriented policing, were told, "I don't pander to the public."

"Indeed, our review of documents and our conversations with residents confirm that distrust is causing individuals to be reluctant to cooperate with police," the report reads.

The department recognizes community policing as an effective strategy to improve its relationship with the public, but it is not being carried out fully, the report says.

The agency needs a broader community policing plan that integrates the strategy into the work of all districts, the report indicates. The police department is trying to create new organizations rather than build relationships with existing organizations, the study says. Police representatives are absent from community meetings and some organizations told investigators that police stopped coming to meetings after the unrest related to Freddie Gray's death.

"BPD's failings result from deficient policies, training, oversight and accountability, and policing strategies that do not engage effectively with the community the department services," the study reads. "We are heartened to find both widespread recognition of these challenges and strong interest in reform."

The findings are expected to lead to a consent decree laying out specific changes that the department must make in order to improve, according to the Wall Street Journal.

Gray's death ignited widespread protests in Baltimore and in other cities, coming in the middle of a parade of deaths of unarmed black people during police stops or while in police custody